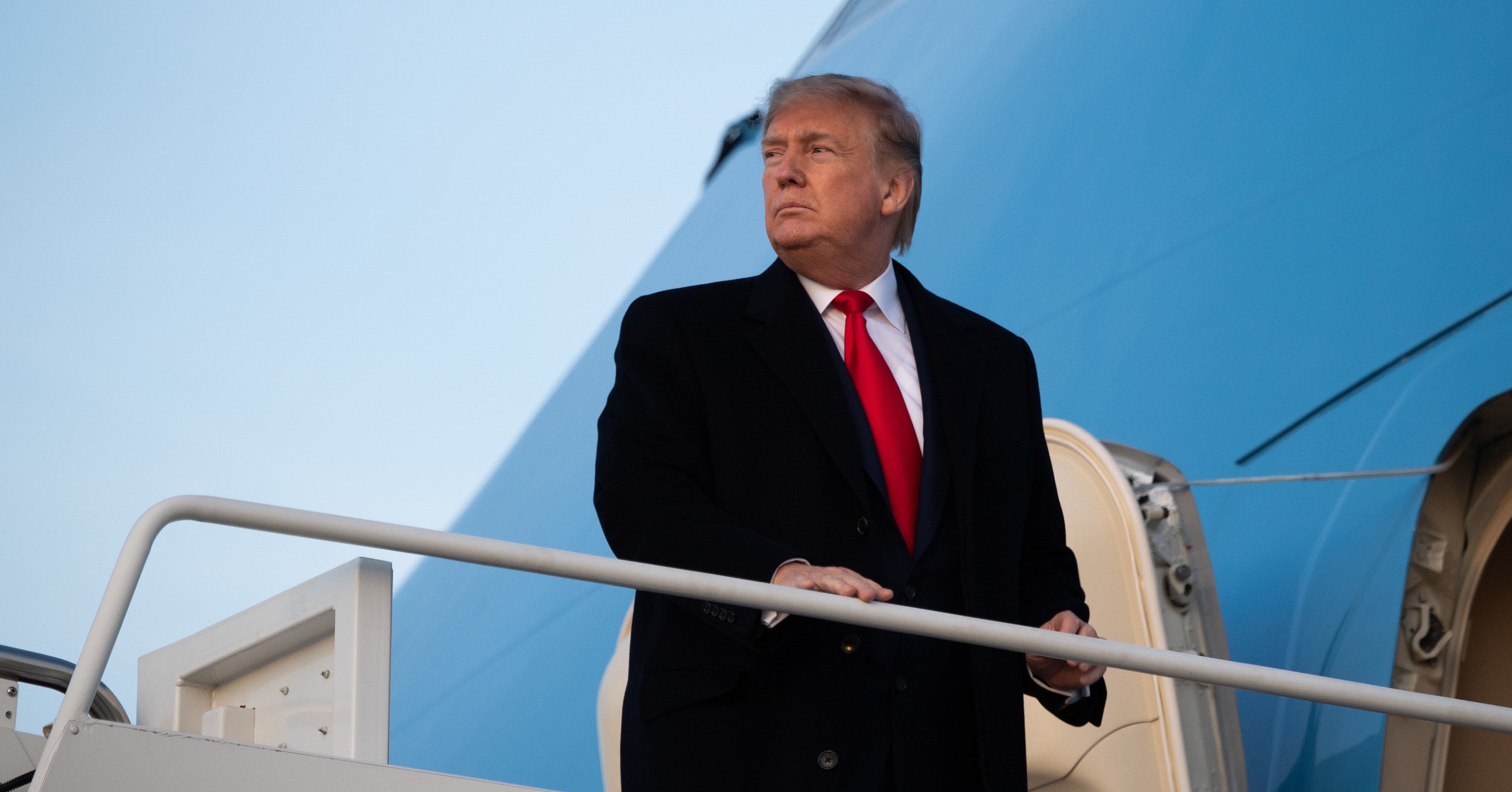 Why It’s Harder To Lead America To War Now

The lesson of Iraq hangs over everything, and Twitter has brought both anti-war and non-American voices to the fore.
The president is warning, with no public evidence, of imminent threats. An unfamiliar figure from the Middle East is suddenly public enemy number one. Officials race to the Sunday shows to issue dire warnings, while White House allies accuse Democrats of supporting the enemy.

As so much in this political era, Trump’s abrupt week-long campaign against Iran is a kind of sped-up, community theater version of a deadly serious past, in this case the Iraq war. Trump, it turns out, wasn’t actually making the case for war. He was barely trying to make a case at all -and like so much in this political era, nobody who wasn’t already persuaded was being persuaded anyway. Even as his party echoed his talking points, the kind of Democrats who have backed military strikes in the past -Joe Biden, first of all -suppressed their old instincts and refused to endorse the killing of Qassem Soleimani.

Trump wasn't trying to lead the country to war, and he wouldn't try to forge consensus if he did. But the frantic and arrhythmic eruption of war drums has also revealed something that was began under Obama and has sharpened into focus in the era of Trump: It’s hard, maybe impossible, to make the case for military action, or really any kind of foreign policy move, these days. A stew of factors around America’s wars of choice, including the legacy of Iraq; deepening partisanship; and the enduring positive qualities of social media have conspired to undermine the kind of case for war that President George W. Bush deliberately built in the months and years after the September 11 attacks in 2001. What’s left, now, is the risk of a war by accident, started by a stray threat from Trump on Twitter, or a misfired missile.

“Whenever I talk about the dystopic nature of the media environment, the one silver lining in the very dark cloud… is that it would have been harder for Bush to march us to war with today's media environment,” Obama’s former communications director Dan Pfeiffer told me.

It’s easy to take the thought experiment to the point of nausea, and so I won’t go too far. But imagine 2002, if you can remember it, with a robust partisan media imposing anti-war discipline on Democrats; arms control experts challenging thin claims about aluminum tubes; and a weakened mainstream media that couldn’t serve as much of a megaphone, even if it wanted to. Today, the lesson of Iraq hangs over everything, and Twitter has brought both anti-war and non-American voices to the fore.

“The flimsiness of the pre-war intelligence before Iraq -I think that would have been exposed more clearly now,” said Jill Abramson, who was New York Times Washington Bureau Chief during the Iraq war.

“The problem back then was that the only news media org that was really reporting on how weak the intelligence was [Knight Ridder, now McClatchy], but they had no outlet in Washington or New York,” she said. “Now that reporting would have been picked up on Twitter and spread all over the place, which I wish it had been back then.”

But back then, the closest thing to that kind of quick anti-war counter-narrative came from the nascent liberal blogs that operated on the margins of the official conversation.

“DailyKos exists because there were no strong unapologetic liberal voices opposing the war — there was a market need for that,” recalled the site’s founder, Markos Moulitsas, who cited the way in which social media closes the gap between the US and its adversaries.

“The pictures of Iranians grieving provides the ability of everybody to get an unfiltered look at what the supposed enemy is doing and thinking -it dramatically shifts the ability to control any kind of message and engage in propaganda like we saw during the Gulf War.”

“It’s nice living in a world where that’s no longer the case,” he said.

It’s a lesson that became clear to Pfeiffer and his colleagues in the Obama White House as they found that the usual tools of persuasion had simply lost their power to move public opinion.

“The biggest lever is a presidential address to the nation, and we did a number of those on foreign policy, and that reaches the biggest possible audience you can in a traditional fashion,” recalled Ben Rhodes, Obama’s deputy national security adviser. “But frankly, it rarely had much impact, particularly in the second term.”

The broken machinery of building a consensus for war became clearest when Obama chose not to use it: In 2013, when the Syrian government used chemical weapons against its own people, something that Obama had -almost in passing -referred to as a red line. He had, like Trump, campaigned on a promise to end wars, not launch new ones, and he wanted to avoid enforcing that red line.

“We were getting clobbered in Washington for not going into Syria, and that was prevalent on cable television and among the experts, that didn’t matter at all to public opinion,” Rhodes said. ”Public opinion wanted nothing to do with a war in Syria.”

I know this sounds like some utopian essay about Twitter from 2009. The new obstacles are to building consensus -not to launching missiles, or going to war, without it. And none of it means that Trump can’t drag a divided nation into war, or that even this messy drumbeat won’t stir the visceral nationalism that has always made war a powerful tool of domestic politics for a president who “doesn’t care about international consensus and doesn’t care about domestic consensus,” said Emma Briant, a scholar of social media at Bard College.

“Trump is creating a cult like movement and I don't think that's going to spread beyond certain boundaries in the population -that doesn't mean he can't do an awful lot,” she said. Over on Facebook, the favored platform for tribal appeals, Trump was the dominant publisher on Iran.

“The days of the fireside chat are long gone. Instead, the president is sending fire straight to our News Feeds,” Ryan Broderick notes.

Of course, a weakened mainstream media retains some of its old reflexes in military conflict: The routine of official statements that set the agenda and behind-the-scenes tick-tocks, the pro-war commentators undented by their support for the 2003 Iraq war. But Trump’s failure -failure even to try -to build credibility with the traditional national security reporters, or even with his own national security bureaucracy, has meant a skeptical tone from the start.

Trump’s failure to persuade anyone of the urgency of attacking Iran -of the urgency of much of anything -is also a reminder of why the autocrats, from Beijing to Ankara, have moved to censor or even shut down the open internet. The neurotic chaos of Twitter has been a source of political division; but it’s still an effective place for the point by point demolition of a bullshit argument.

Had that existed in 2003, said Pfeiffer, the former Obama communications director, “more dissenting voices would have had more powerful platforms to communicate with the public and policy makers.

“This has as much to do with the vastly reduced influence of the traditional media powers -especially television and the rise of new outlets as it does with Twitter,” he said.

The rise of America’s alternative media -the blogs that became the social media conversation -is inseparable from the loss of faith that followed the invasion of Iraq. And the failures in Iraq have shaped more than just a new media landscape.

“The fact that we had the nation with us and we lost the nation – that also makes it harder for Trump,” said Ari Fleischer, Bush’s press secretary. “That’s raised the bar on all presidents.”
#Joe Biden
Add Comment