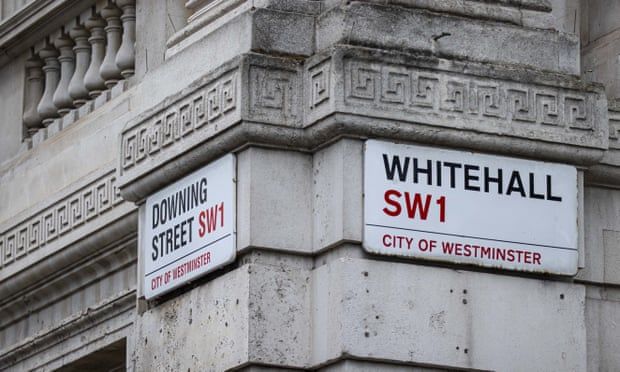 Why is there unrest among civil servants and how will ministers respond?

Analysis: civil servants are frustrated with real-terms pay cuts, job losses, and political briefings against them
While ministers have tried to distance themselves from blame over the wave of strikes bringing some public services to a standstill this summer, they may be forced to show more deference to another group threatening industrial action.

Civil servants, whose morale is plumbing new depths due to real-terms pay cuts, 91,000 jobs being axed, and briefings against them by their political masters, have grown increasingly frustrated at how they are treated.

What were once hushed gripes shared at after-work drinks have spilled into the open. Furious comments posted on departments’ intranet pages over the past few months have lamented pay and conditions, attracting hundreds of supportive “likes” and discussion about hopes for voluntary redundancy.

With a median salary of just over £30,000, civil servants are certainly not immune from the cost of living crisis. But those whose roles centre on diversity and inclusion have been told by Cabinet Office minister Jacob Rees-Mogg that their jobs are a “waste of taxpayers’ money”. And Tory leadership hopeful Liz Truss wants to pay less outside London, and reduce annual leave entitlement.

Those plans are likely to lead to a further breakdown in spirits among a workforce sick of being the equivalent of a political punch bag.

Having been offered an average pay rise of 2% – well below inflation – civil service unions are considering flexing their muscles. Among those understood to be considering industrial action is the PCS, which will ballot members next month on whether to strike or take other action, such as working to rule.

“I know colleagues that have worked here for over 30 years and they have said it’s the worst morale since they joined,” one official told the Guardian. Others felt Truss’s announcement on Monday was clearly the sort of “red meat” designed to whet Conservative members’ appetite for attacking “the blob”.

“After years of battling to work with integrity and offer value to the taxpayer, to be told that the people delivering the vital services are the problem is a kick in the teeth,” another civil servant said.

With no new fast-streamers entering the civil service in September given the freeze on the scheme ordered by Boris Johnson, the lack of young new talent is sparking fears of a “brain drain” in the public sector.

Bob Kerslake, a former head of the civil service who went on to advise Labour, said that could be compounded if good people already working in Whitehall and across the country quit.

“Most private sector employers are busting a gut to retain and recruit staff – there’s a war for talent. This is about the reverse of what the private sector is doing,” he said.

“The key point here is that the vast bulk of civil servants are not in Whitehall at all – they work around the country delivering services: passports, benefits, welfare and pensions, collecting income tax. We already have mammoth backlogs – we are becoming backlog Britain – and this will exacerbate that.”

The “backlog Britain” warning will be particularly worrying for Conservative politicians who fear they are clinging to power by its coattails and risk being ousted at the next general election for failing to deliver basic public services.

Cutting the civil service and failing to plug vacancies caused by an exodus of people enticed by the private sector runs the risk of exacerbating delays in processing passport applications and driving tests.

Even asking officials to relocate to jobs outside London may not be the boon Truss predicts. While she wants to dramatically slim down the number of people who get a special London weighting to top up their salary, sources told the Guardian that the Treasury had to incentivise some of those moved to its campus in Darlington by maintaining the weighting for their first two years outside the capital.

Of course, one of the greatest dangers for ministers of alienating civil servants is a breakdown in trust. “Ministers seem to be praising in private and kicking us in public,” sighed one.

If civil servants feel unable to fight back publicly or through industrial action, they may resort to other tactics such as “go-slows” or other attempts to stymie the progress of policies or other government business, and that would be painful for both ministers and their voters.
#Boris Johnson  #Johnson
Add Comment