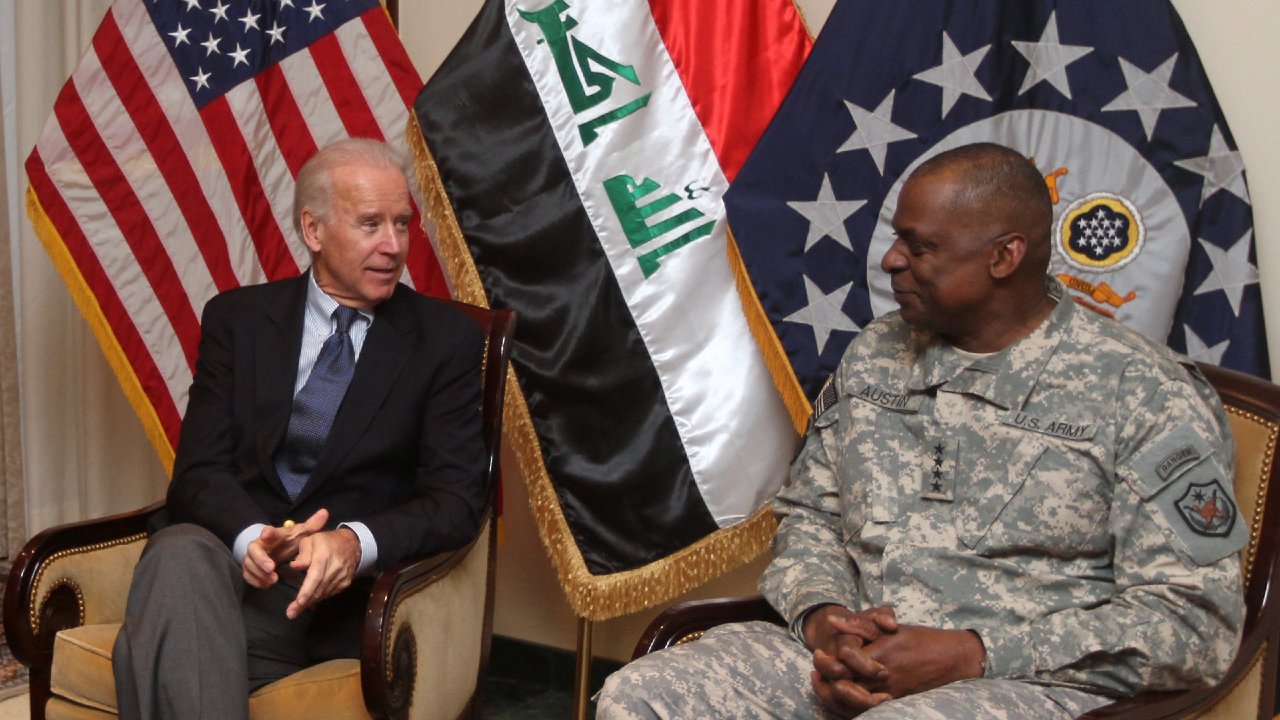 Why I Chose Lloyd Austin as Secretary of Defense

Joe Biden
We need a leader who is tested, and matched to the challenges we face in this moment.

In late August of 2010, I traveled to Iraq for the fifth time as vice president. While there, I participated in the change-of-command ceremony for United States Forces–Iraq. President Barack Obama had charged me with overseeing the end of Operation Iraqi Freedom, and we were committed to ensuring the orderly withdrawal of our forces and equipment from Iraq. Standing in the garish al-Faw palace, once home to Saddam Hussein but by then part of Camp Victory, I watched as General Lloyd Austin assumed leadership of a national-security priority on behalf of the president of the United States of America.

Just over a year later, in December 2011, I returned to al-Faw palace, joining Austin in a ceremony honoring American and Iraqi service members as our forces left the country.

General Austin got the job done. He played a crucial role in bringing 150,000 American troops home from the theater of war. Pulling that off took more than just the skill and strategy of a seasoned soldier. It required Austin to practice diplomacy, building relationships with our Iraqi counterparts and with our partners in the region. He served as a statesman, representing our country with honor and dignity and always, above all, looking out for his people.

Today, I ask Lloyd Austin to once more take on a mission for the United States of America—this time as the secretary-designate of the Department of Defense. I know he will do an outstanding job.

In his more than 40 years in the United States Army, Austin met every challenge with extraordinary skill and profound personal decency. He is a true and tested soldier and leader. I’ve spent countless hours with him, in the field and in the White House Situation Room. I’ve sought his advice, seen his command, and admired his calm and his character. He is the definition of a patriot. He rose through the Army’s ranks during his distinguished and trailblazing career. He was the 200th person ever to attain the rank of an Army four-star general, but only the sixth African American. He built a career grounded in service to this country and challenged the institution that he loves to grow more inclusive and more diverse at every step.

Lloyd Austin retired from military service more than four years ago. The law states that an officer must have left the service at least seven years before becoming secretary of defense. But I hope that Congress will grant a waiver to Secretary-designate Austin, just as Congress did for Secretary Jim Mattis. Given the immense and urgent threats and challenges our nation faces, he should be confirmed swiftly.

The fact is, Austin’s many strengths and his intimate knowledge of the Department of Defense and our government are uniquely matched to the challenges and crises we face. He is the person we need in this moment.

The next secretary of defense will need to immediately quarterback an enormous logistics operation to help distribute COVID-19 vaccines widely and equitably. Austin oversaw the largest logistical operation undertaken by the Army in six decades—the Iraq drawdown.

The next secretary of defense will need to ensure the well-being and resilience of our service members and their families, strained by almost two decades of war. Austin knows the incredible cost of war and the commingled pride and pain that live in the hearts of those families that pay it.

And the next secretary of defense will have to make sure that our armed forces reflect and promote the full diversity of our nation. Austin will bring to the job not only his personal experience, but the stories of the countless young people he has mentored. If confirmed, he will ensure that every member of the armed forces is treated with dignity and respect, including Black, Latino, Asian American, Native American, women, and LGBTQ service members.

Above all, I chose Lloyd Austin as my nominee for secretary of defense because I know how he reacts under pressure, and I know that he will do whatever it takes to defend the American people. When the Islamic State emerged as a terrorist threat in Iraq and Syria, endangering the security of America’s people and allies, President Obama and I turned to Austin, who then led U.S. Central Command. He designed and executed the campaign that ultimately beat back ISIS, helping to build a coalition of partners and allies from more than 70 countries who worked together to overcome a common enemy.

I respect and believe in the importance of civilian control of our military and in the importance of a strong civil-military working relationship at DoD—as does Austin. We need empowered civilians working with military leaders to shape DoD’s policies and ensure that our defense policies are accountable to the American people. Austin also knows that the secretary of defense has a different set of responsibilities than a general officer and that the civil-military dynamic has been under great stress these past four years. He will work tirelessly to get it back on track.

Moreover, we need leaders like Lloyd Austin who understand that our military is only one instrument of our national security. Keeping America strong and secure demands that we draw on all our tools. He and I share a commitment to empowering our diplomats and development experts to lead our foreign policy, using force only as our last resort.

The threats we face today are not the same as those we faced 10 or even five years ago. We must prepare to meet the challenges of the future, not keep fighting the wars of the past. We must build a foreign policy that leads with diplomacy and revitalizes our alliances, putting American leadership back at the table and rallying the world to meet global threats to our security—from pandemics to climate change, from nuclear proliferation to the refugee crisis.

Lloyd Austin, as part of our diverse national-security leadership team that reflects the lived experiences of all Americans, will be an essential part of this work. He shares my profound belief that the United States is strongest when we lead not only with the example of our power, but with the power of our example. He knows what is at stake, and he knows how much work lies ahead. And I know that, under his leadership, the Department of Defense will never fail to advance the security of the American people in ways that honor our highest values and ideals.

President-elect of the United States