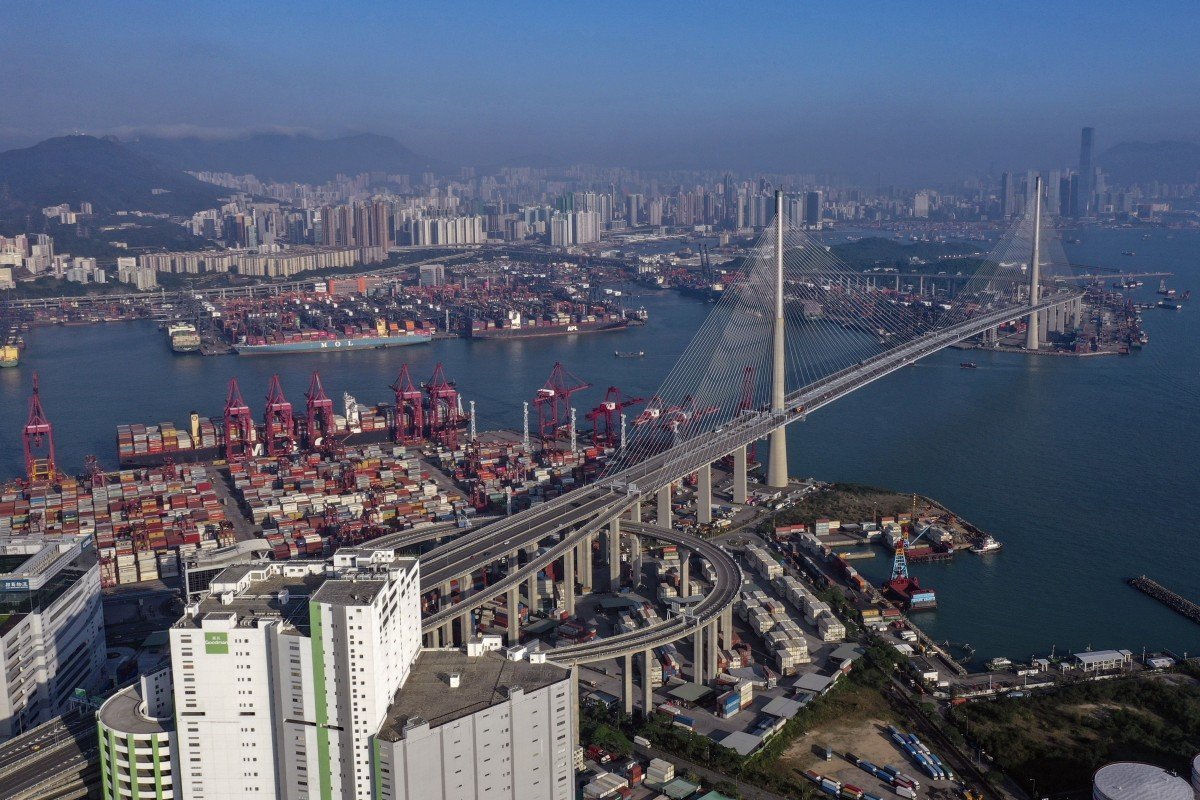 Hong Kong’s so-called decline says more about China’s underdeveloped economy in 1997 than it does about Hong Kong now. In fact, sea trade is gravitating towards Asia and Hong Kong’s two biggest port operators are also the world’s biggest

Alongside predictions of the imminent “Death of Hong Kong” and the end of the Hong Kong dollar’s peg, warnings of the imminent demise of Hong Kong’s Kwai Tsing container terminals are among the commonest you will hear from the many international pundits that comment on our fashionably-unloved city.

The error is understandable. After all, the massive local manufacturing industry that once upon a time kept our container port hectic migrated across the border to the mainland over three decades ago. Superb container ports have meanwhile sprouted along the length of China’s coastline.

And many in Hong Kong have for decades chafed at the thousands of container lorries that every day pollute and congest our city streets as they trundle between Kwai Tsing and Shenzhen. Even our port operators complain about the shortage of landside space to park containers and move them around.

The statistics commonly wheeled out are that Hong Kong has since 2004 slipped from the world’s busiest container port, to the world’s seventh busiest. Some are already wringing hands over the likelihood of Qingdao port pushing Hong Kong into eighth place by the end of this year.

But I sense there is an alternative narrative, which involves looking at Hong Kong as an integral part of the Greater Bay Area, and taking proper account of the seismic changes that have occurred since China’s 2001 entry into the World Trade Organisation – both the steroidal growth of China’s trade, and the remarkable development of some of the world’s smartest and most sophisticated port and transport infrastructure.

There is a parallel with the ridiculous angst over Hong Kong’s “decline” since 1997: it accounted for around 17 per cent of China’s gross domestic product then, but barely 2 per cent today.

However, that “decline” says more about the absurdity of China’s condition in 1997 than it does about Hong Kong today. It is surely remarkable that a city of several million accounted for so large a share of the gross domestic product of a country of 1.2 billion people.

Go back to 2001, when Hong Kong’s port accounted for 61 per cent of the 29.2 million containers exported from China. Today, Hong Kong accounts for just 11.5 per cent – but China now exports more than 170 million containers a year. Call that a decline if you will, but it is a very odd kind of decline.

Through my prism, the most noteworthy story is that China has emerged as by far the world’s largest trader. As the authors of the United Nations Conference on Trade and Development’s 2019 Review of Maritime Transport noted, “nearly half of global maritime trade expansion over the past decade was attributed to China.”

In 2018, seven of the world’s busiest container ports were in China (Shanghai, Ningbo, Shenzhen, Guangzhou, Hong Kong, Qingdao and Tianjin) with the remaining three – Singapore, Busan and Dubai – all in Asia. Back in 2001, China had just three ports in the world’s top 10, and four (Rotterdam, Los Angeles, Hamburg and Long Beach) were outside Asia.

The net impact of this transformation, built on China-driven regional supply chains and massive growth in intra-regional trade, is that Asia accounted in 2018 for 64 per cent of all of the containers shipped around the globe – 510 million out of a global total of 793 million.

The Chinese government says that in 2018, the Shanghai and Yangtze River region accounted for 47 per cent of China’s exports, followed by Guangdong with 27.5 per cent and Tianjin’s hinterland with around 22 per cent, explaining the meteoric growth of ports around the Yangtze River region and Bohai Bay, but to think of this growth as something that has emerged at Hong Kong’s expense is naive.

This illustrates the reality that while future port development is an issue deserving close attention, the simple arithmetic of how many containers are being moved misses factors that also deserve close attention.

First, the port operators – and shipping lines – have a massive say in the future development of our ports. With its ability to arbitrage container movements between Hong Kong, Yantian, Ningbo and Shanghai, Hutchison has powerful leverage on future port traffic.

And with the development of bigger container ships that make fewer port stops as they span the world, Maersk, Mediterranean Shipping Company and Cosco (the world’s three leading shipping lines) have greater power still.

Second, as the dust settles around the United States’ trade war with China, potentially significant changes have occurred in world trade that will powerfully influence future port activity. Reliance on exports is being reduced and supply chains are being shortened, with many links in the chain now being kept inside China as Beijing seeks to build greater self-reliance.

Claims of pressure on multinationals to relocate outside China (augmented by Chinese efforts to export to other countries the low-value-adding manufacturing that pays such paltry wages and causes so much pollution) may also be altering maritime routes around the region.

Third, there remains a strong environmental case for Hong Kong letting its port operations slowly decline. Our port is no longer very close to many export manufacturers, and the road congestion and pollution associated with getting containers to and from the port are significant problems.

But if you see Hong Kong as an integral part of the Greater Bay Area’s trading infrastructure, building synergies with Shenzhen and Guangzhou’s Pearl River operations, then the gloom over our future seems immediately to lift.

So as part of the Greater Bay Area, Hong Kong’s port has a large role to play that should dispel much of the fashionable sense of doom. There may even come a day when the area will be better used for housing, though that day is still a long way off.