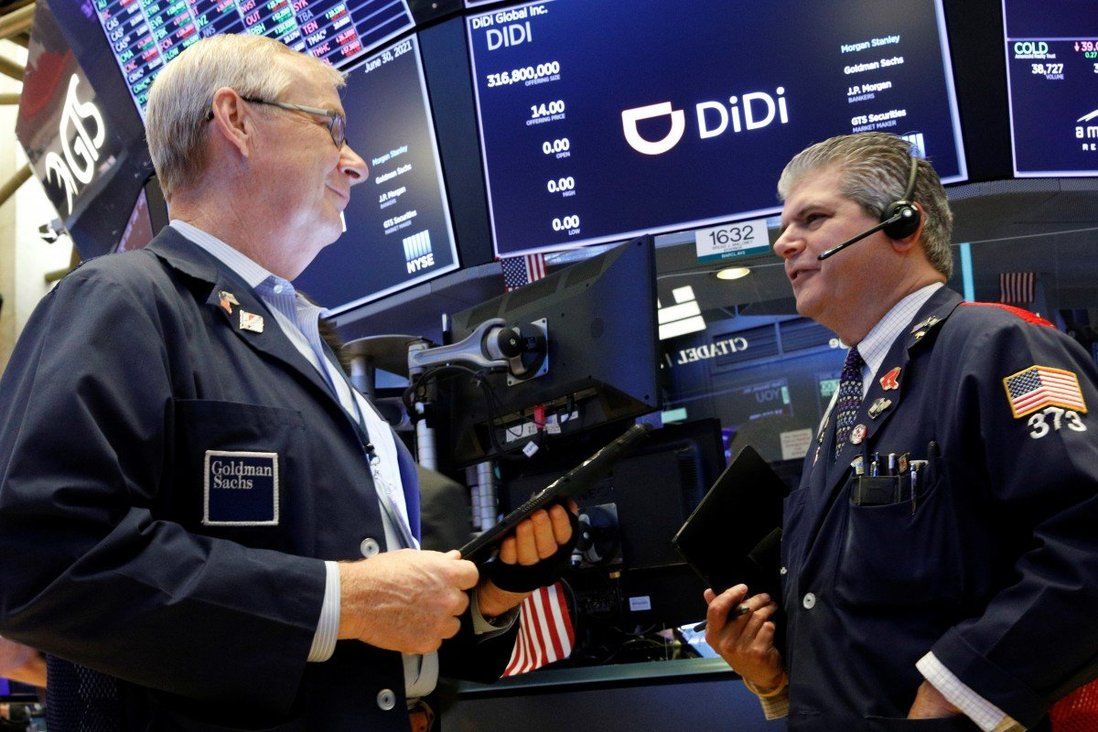 Why did Didi choose the US over Hong Kong for its IPO?

The US has been an easier path to the public markets for Chinese firms, but the latest crackdown by mainland regulators has some investors questioning whether it will be more difficult in the future.

The Beijing-based company chose New York over Hong Kong and Shanghai’s Nasdaq-style Star Market, opting to pursue an IPO in the American capital markets, the deepest and most liquid in the world.

It is one of nearly three dozen Chinese firms that opted to debut in the US, raising an eye-popping US$12.5 billion combined in the first half of this year, according to financial data provider Refinitiv. That compared with US$12 billion raised by 30 Chinese companies in all of 2020.

However, increasing concerns by Beijing about the vast troves of data that Didi and other tech giants hold on Chinese citizens could make that track a more challenging one in the future, investors and deal makers said.

“Chinese authorities may tighten the criteria and [implement] stricter scrutiny on companies seeking offshore listing, especially those heading to the US,” said Bruce Pang, head of macro, strategy research at China Renaissance.

Pang declined to comment on Didi Chuxing’s IPO. However, he added that “such actions create short-term pressure not only on listed tech companies in general but also the valuation of pre-IPO companies”.

A Didi representative declined to comment for this story.

Late on Tuesday, China’s State Council said it would tighten rules for IPOs both domestically and overseas as part of a sweeping overhaul that could weigh on listings outside of China. Didi was trading more than 22 per cent lower on Tuesday morning, EST.

On Friday, a unit of the Chinese Administration of Cyberspace said it was conducting a review of Didi’s data collection policies on “national security”
grounds, just two days after the company’s New York listing.

It ordered Didi to stop registering new users and, over the weekend, for app stores to remove Didi from their platforms. It has since launched similar inquiries into other US-listed Chinese technology companies. 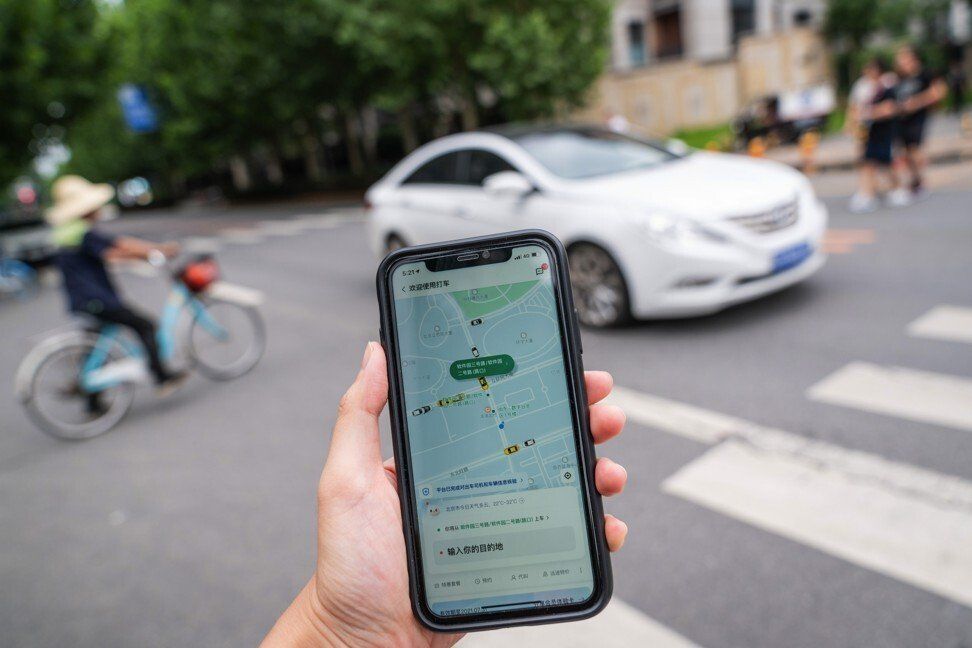 The Didi ride-hailing app on a smartphone.

Chinese authorities encouraged Didi ahead of the IPO to delay its listing and examine its own data-security measures, but Didi pressed ahead in a matter of days with an offering as it was facing pressure from investors, The Wall Street Journal reported on Tuesday, citing people with knowledge of the matter.

But, why did Didi push forward with a listing in New York, rather than closer to home?

Many Chinese tech start-ups seeking to raise capital in foreign currencies have traditionally preferred US listings over Hong Kong, according to deal makers.

For one, it is easier for money-losing start-ups to list on the NYSE or the Nasdaq Stock Market.

In Hong Kong, companies either have to generate an aggregate net profit of at least HK$30 million (US$3.9 million) over the two preceding years or have a minimum market capitalisation of HK$2 billion at the time of listing and revenue of at least HK$500 million to qualify for the Hong Kong stock exchange’s main board, according to listing rules.

By comparison, NYSE rules require companies to have a much smaller market capitalisation threshold of US$200 million, about HK$1.5 billion, or an adjusted pre-tax profit of US$2 million in the past two years, rather than a net profit to list.

The US market still represents the most flexible regime for new issuers to seek a listing. This, combined with American investors’ appetite for Chinese tech players, has caused a lot of companies to choose the US as a preferred listing destination, according to one senior banker working at a US bank’s equity capital market division. 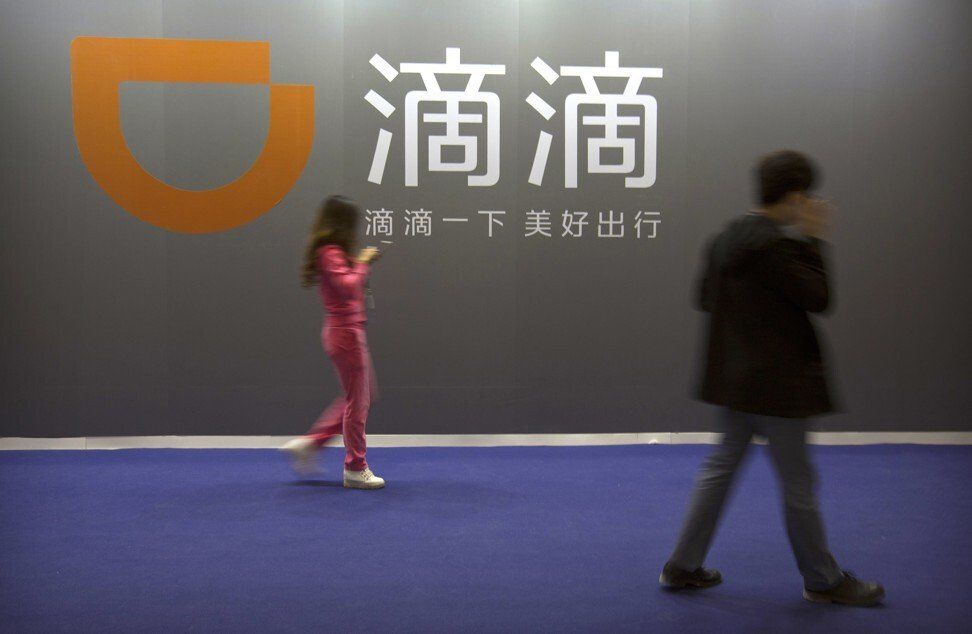 Visitors walk past a sign for Chinese ride-hailing service Didi Chuxing at the Global Mobile Internet Conference in Beijing.

A number of China’s most successful tech companies, including e-commerce giants Alibaba Group Holding and JD.com and search giant Baidu, opted for the less stringent listing requirements offered by the US and returned to Hong Kong with secondary listings in the past two years following reforms by the city’s bourse.

Didi was expected to take a similar path: after two years of being listed overseas on an accredited exchange qualified Chinese issuers can seek a listing in Hong Kong.

Another factor for Chinese companies seeking foreign capital: companies that are incorporated offshore do not need Chinese regulatory approval in seeking a US listing, industry players said.

Didi’s listing was the biggest by a Chinese company in the US since 2014 when Alibaba, the owner of the Post, raised US$25 billion in New York. It also was one of the largest IPOs in the US in the past decade.

However, Beijing’s latest crackdown on technology firms has some investors questioning whether the flood of Chinese firms tapping American capital markets in recent years could slow to a trickle.

“The actions taken on Didi and the other three tech firms are a clear message that they have to be wary of political risks involved in fast market expansion and fundraising,” said Yin Ran, a Shanghai-based angel investor. “[The] number of IPOs in New York by Chinese companies are set to fall amid a fresh round of heavy-handed regulation.”

China accounted for a third of the world’s total issuance in terms proceeds raised in the first half, the highest among all nations, according to Refinitiv. A slow down of IPOs by Chinese companies could significantly set back global issuance volume.

“When you have a US Congress and Senate increasingly united in their stance in suppressing China, this has led to an increasing sense of cautiousness in China about how to defend its own interests,” said Yan Yiming, a Shanghai-based lawyer focusing on helping Chinese companies access capital markets.

Against such a backdrop, Beijing has to increasingly guard against the risk of personal data leakage – or any information that is deemed crucial to its “national interests” – posed by Chinese companies listed in the US, he said.