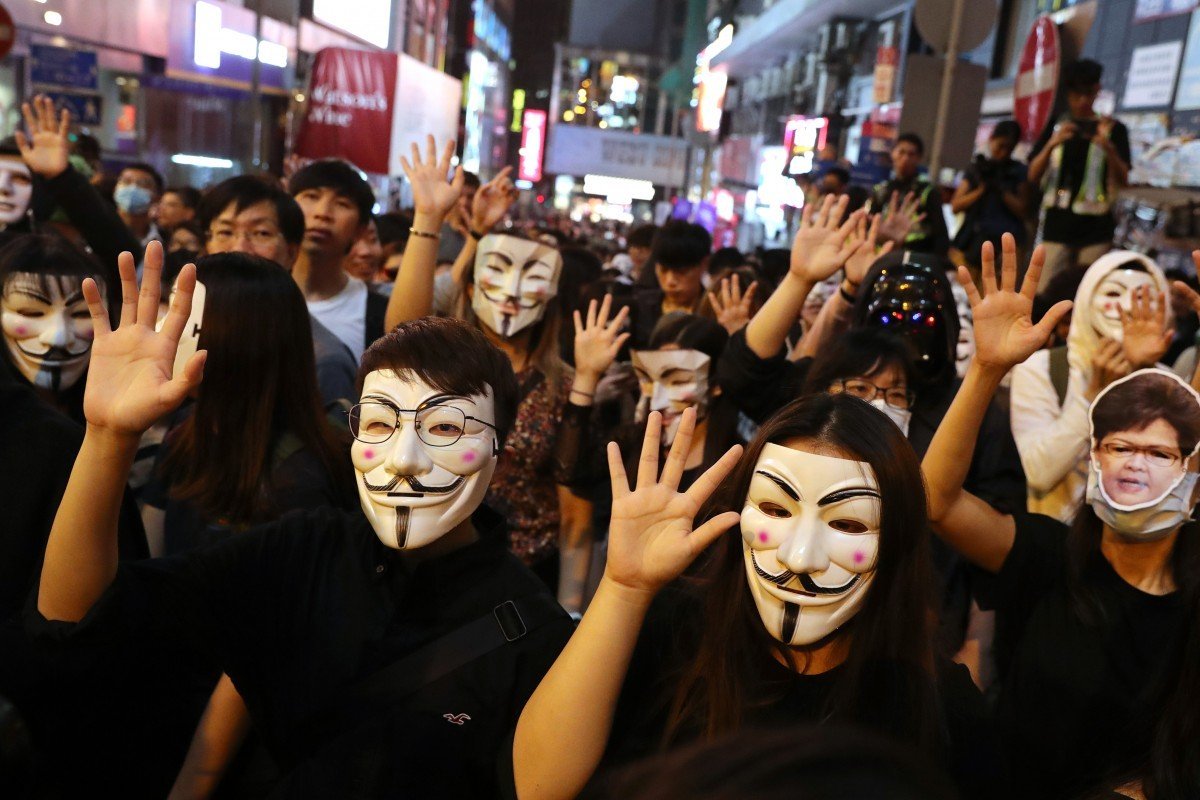 By declaring the mask ban unconstitutional, the High Court judges arrogated to themselves the power to determine Hong Kong’s ‘constitutional order’. However, all laws have already been scrutinised to ensure they do not contravene the Basic Law.

On November 18, 2019, two High Court judges delivered a judgment striking down the Prohibition on Face Covering Regulation. The principal ground was that the enabling statute – the Emergency Regulations Ordinance – under which Hong Kong’s chief executive had issued that regulation was unconstitutional, being in contravention of the Basic Law.
The judgment evoked an immediate negative response from the Legislative Affairs Commission of the Standing Committee of the National People’s Congress.

Para 2(1) of the Emergency Regulations Ordinance states: “On any occasion which the Chief Executive in Council may consider to be an occasion of emergency or public danger he may make any regulation whatsoever which he may consider desirable in the public interest.”

The Prohibition on Face Covering Regulation was enacted in October, at a time of grave public danger. As the judges said, Hong Kong was then in a “dire situation”. Not only were violent acts by masked men taking place in the streets, public facilities immobilised on a massive scale and the general population cowed, the Legislative Council chamber had been broken into and vandalised and Legco itself had ceased to function as a source of legitimate power.

It is against this background that the court considered the applications for leave to bring proceedings for judicial review. The court, consisting of two High Court judges, gave its judgment on November 18.

The judgment is over 100 pages long. Four senior counsel and numerous junior barristers attended the hearing, with arguments and citation of cases from all over the world. The court’s approach to the matter is startling.

The applicants’ case, as filed in court, was that the Emergency Regulations Ordinance conflicted with nine articles of the Basic Law – Articles 2, 8, 17(2), 18, 48, 56, 62(5), 66 and 73(1) – but the arguments in court did not focus on these articles at all: understandably so, because none of them remotely supported the applicants’ case.

Take, for instance, Article 8, which says that “the laws previously in force in Hong Kong” shall be maintained “except for any that contravene” the Basic Law.

Shortly before the handover, the laws on the statute book were scrutinised and some were culled under Article 160 as incompatible with the Basic Law. But the Emergency Regulations Ordinance stood intact and was as valid a piece of legislation as any other on the statute book, including the High Court Ordinance. To say that Article 8 made the Emergency Regulations Ordinance incompatible with the Basic Law is to turn Article 8 on its head.

Had the court faced this reality, it would have seen that the applicants had no shadow of a case. Instead, it got caught up in polemics, with counsel on both sides dancing round overseas jurisprudence and cases which had no relevance whatsoever to a proper interpretation of the Basic Law. The arguments covered scores of pages in the judgment. Take, for example, cases cited by counsel dealing with circumstances where executive authorities had been empowered to repeal or amend primary legislation, “sometimes known as ‘Henry VIII clauses’”. King Henry VIII died in 1547.

How this could have been thought relevant to a proper interpretation of the Basic Law is a mystery. Nevertheless, the court said: “we believe [the Emergency Regulations Ordinance] is not compatible with the constitutional order laid down by the Basic Law having regard in particular to [Articles] 2, 8, 17(2), 18, 48, 56, 62(5), 66 and 73(1) of the Basic Law”.

Note the words “in particular”. So, in the minds of the judges, there were matters besides the nine articles which constituted the “constitutional order”. These would have included the matters ventilated in the preceding paragraphs of the judgment.

What the judges did, in effect, perhaps smothered by words without realising it, was to have arrogated to themselves the ability to determine the “constitutional order” for the Hong Kong special administrative region. This is breathtaking usurpation of power.

On that elevated plane, they failed to see the fundamental truth on the ground: that the Emergency Regulations Ordinance was passed to allow the executive to enact measures in times of exceptional public danger, such measures to last for the duration of that danger and no more.

The matter is now on appeal by the government to the Court of Appeal. It is inconceivable that the judges hearing the appeal would uphold the judgment. But the way the appellate court disposes of this case will set the benchmark for future cases of this nature.

One troubling matter is this. The applicants were 24 people who happened to be present or former Legco members. But they had no rights or interests in the enactment of the face-mask regulation greater than anyone else. They had not gone out in the street, asserting a right to wear face masks, and been stopped by the police.

Their applications before the court were simply for leave to start proceedings for judicial review, nothing more. This is a highly disciplined process. It begins with a statutory form, Form 86. The jurisdiction of the court to give leave is restricted by Section 21K (3) of the High Court Ordinance, which says “the court shall not grant leave to make such an application unless it considers that the applicant has a sufficient interest in the matter to which the application relates”.

This restraint was simply ignored by the first instance judges.