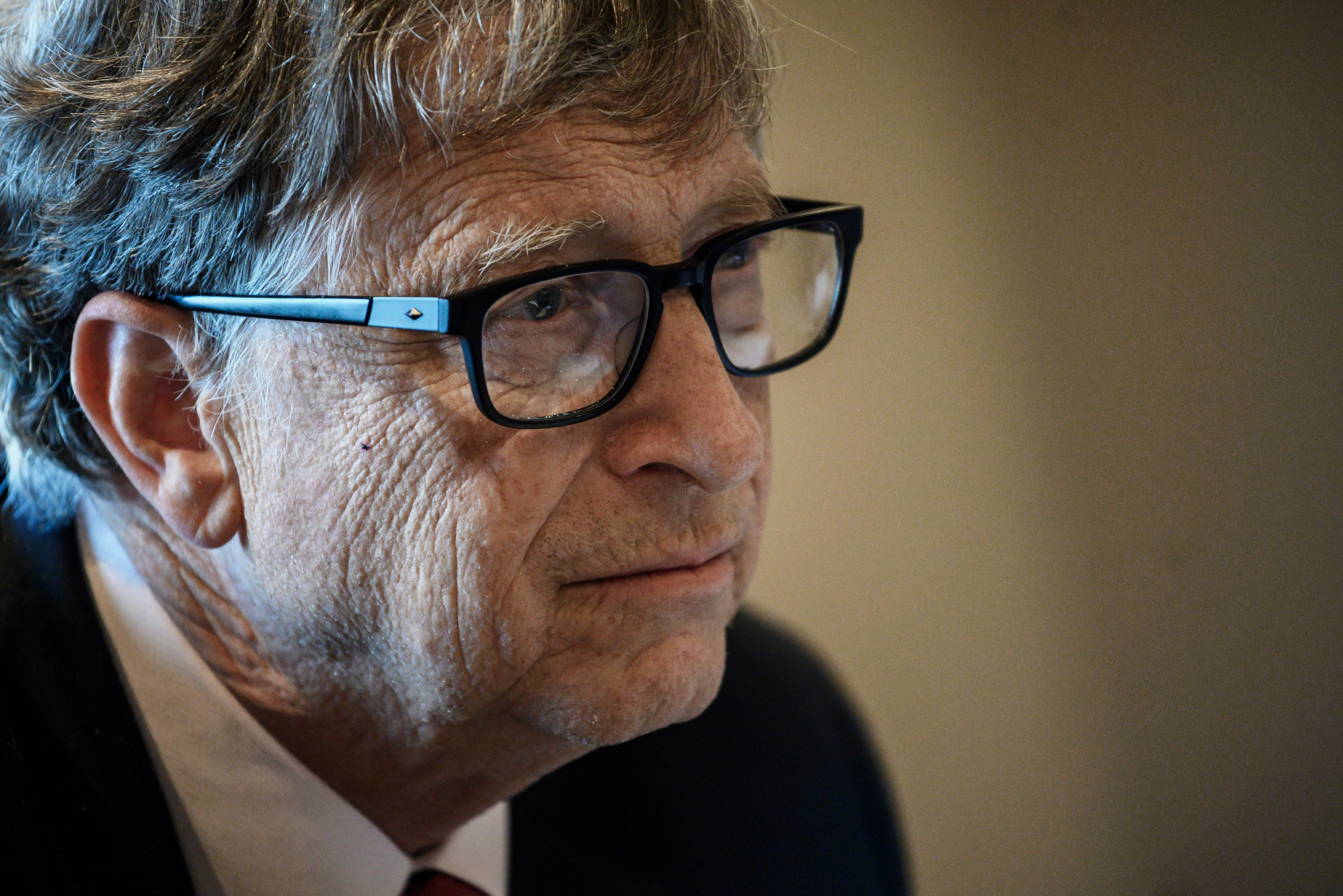 On the rich list, he is second only to Jeff Bezos. So, after distilling a Microsoft stake and donating billions to charity, it begs the question: how on earth is Gates maintaining that vast fortune?
Twenty years ago today, Bill Gates announced that he was stepping down as the CEO of Microsoft, which he founded with Paul Allen in 1975 and helped build into one of the top tech companies in the world. Now, he has a net worth of over $100 billion.

In 2017, it emerged Gates was donating 64 million Microsoft shares, worth about $4.6 billion, which reduced his stake to just over 1 percent. Since its launch, the 64-year-old has poured money into the philanthropic charity he runs with his wife, the Bill & Melinda Gates Foundation, which helps to eradicate disease and improve healthcare in developing nations.

On the rich list, he is second only to Amazon's Jeff Bezos. So, after distilling his Microsoft stake and donating billions to charity, it begs the question: how on earth is Gates maintaining that vast fortune?

To start, it helps that Microsoft has become a thriving company, with a share price that has quadrupled under the leadership of current CEO Satya Nadella, according to metrics from analysts at Statista.

The Bill & Melinda Gates Foundation holds over $40 billion in assets, while Gates' has an entity named Cascade Investment to manage his personal wealth, as reported by the Financial Times (FT) newspaper. Through Cascade, Gates reportedly owns 47 percent of the Four Seasons hotel chain and has a stake in Berkshire Hathaway group, which is owned by Warren Buffett.

Data compiled by Bloomberg Billionaires Index, which currently lists Gates' fortune at $114 billion, describes his wealth as "self-made" and shows it on a steadily rising trajectory. The analysis says that Gates' net worth is currently the equivalent to 0.634% of U.S. GDP.

"Gates co-founded Microsoft, the world's biggest software maker, and owns about 1 percent of the Redmond, Washington-based company," it states. "The rest of his fortune is managed through Cascade Investment, which controls stakes in dozens of publicly traded companies including Canadian National Railway, Deere and Ecolab." Forbes lists net worth as $109.1 billion.

Bill Gates property and real estate assets are believed to be worth hundreds of millions. His home, nicknamed Xanadu 2.0, a reference to Orson Welles movie Citizen Kane, is reportedly valued at more than $120 million alone and reports suggest he purchased a private jet worth about $40 million.

Back in 1994, Gates purchased Leonardo da Vinci's "Codex Leicester" book for $30.8 million. It is believed Gates' owned an island in Belize worth about $25 million, CNBC reported.

Within the last year, Gates added 16 percent to his net worth despite still donating large chunks to charity, telling Bloomberg in September about 60 percent (roughly $60 billion) was equity. "We're not, you know, in some defensive posture where we're mostly in cash, or anything like that," he stated. "The strategy that's been used on the investments is to be over 60% in equities."

Net worth is often difficult to pinpoint with total certainty, and will constantly be in a state of flux thanks to changing economic conditions, taxation and stock pricing. Last November, Gates briefly overtook Bezos to become the world's richest man. But it didn't last too long.

That flux is something Gates doesn't appear to fear. Indeed, just last month he pledged support for a U.S. tax system in which the rich pay more, describing the current system as "unfair."

"The wealth gap is growing," he said in a December 30 post. "The distance between top and bottom incomes in the United States is much greater than it was 50 years ago.

"A few people end up with a great deal—I've been disproportionately rewarded for the work I've done—while many others who work just as hard struggle to get by," he added. " That's why I'm for a tax system in which, if you have more money, you pay a higher percentage in taxes. And I think the rich should pay more than they currently do, and that includes Melinda and me."

He previously touched on the subject in a Reddit Q&A last February, writing: "If people want the government to do more it needs to be funded and I see us needing to improve our education and health services. Yes I have paid $10B but I should have had to pay more on my capital gains."