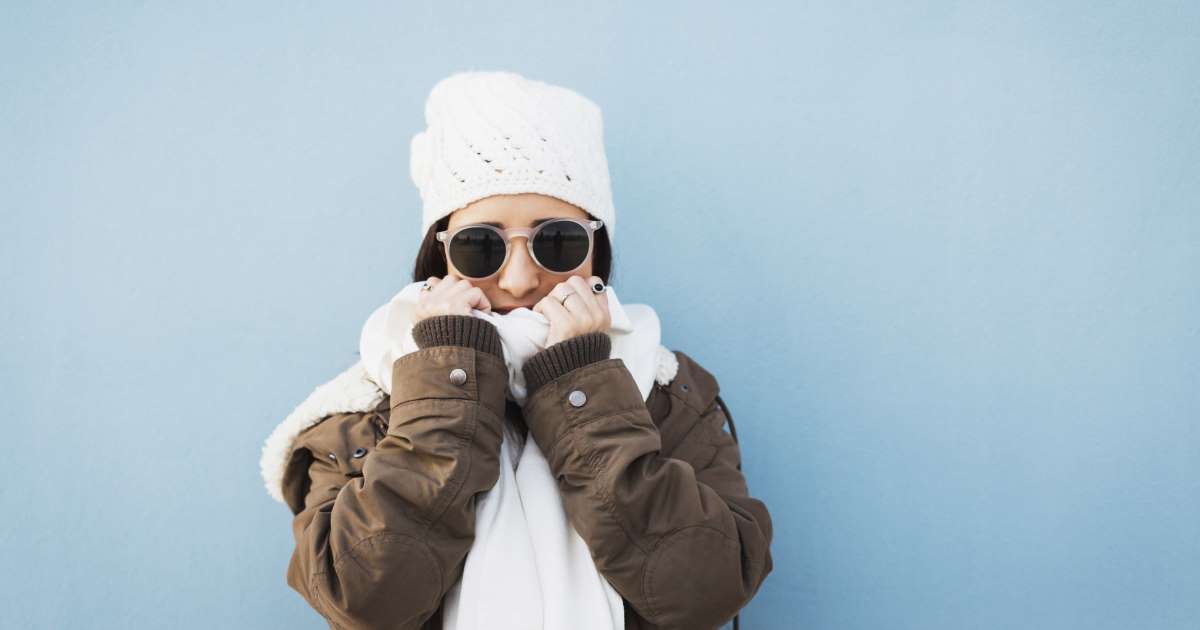 Why Are Women Always Cold? There's a Scientific Reason

Nope, it's not all in your head if you always seem to be freezing while you're male coworkers are totally fine.
Picture it: You’re out for a walk during the fall, and you’re wearing a down jacket while your male companion is in a vest. Or you're in the office shivering under a blanket and wishing you had a space heater while your male coworkers lose layer after layer. Why are women always cold?

As it turns out, there are actual, scientific reasons that you're always freezing. Read on for the evidence you need the next time you want control of the thermostat.

1. Women have higher core body temperatures than men.
This one seems counterintuitive, but stay with us. A study done by the University of Maryland School of Medicine published in the JAMA Network found that while body temperature does vary from person to person, day to day, women’s body temperatures were consistently higher than their male counterparts'. That should mean women are generally warmer then, right? Surprisingly, no. When your body is used to being warm, colder air feels even cooler to the body.

3. Women have colder extremities than men.
The first thing you'll often hear women say when noticing how cold they are: Their hands and feet are freezing. This is real too: According to a study published in the U.K. medical journal The Lancet, women’s hands and feet are colder than men’s by a few degrees. If your hands and feet are suffering, it's unlikely the rest of you feels warm and toasty.

4. Women have slower metabolic rates than men.
This one sucks for two reasons: According to an article published in the Journal of Applied Physiology, men have a metabolic rate that's about 23 percent higher than women's. Your metabolism is the rate at which you burn food to fuel the body, and as a by-product of that process, you heat up the body. So women’s bodies are colder than men's because our metabolisms are slower-which is also the reason we can eat fewer calories before gaining weight.

5. Building temperatures are set based on male metabolic rates.
Your office really is out to get you-at least temperature-wise. According to research published in the journal Nature, most workplace thermostats are set based on a model developed in 1960s, which takes into account only male metabolic rates (presumably because at the time there weren't many women there to complain). Not cool, office managers.
Add Comment