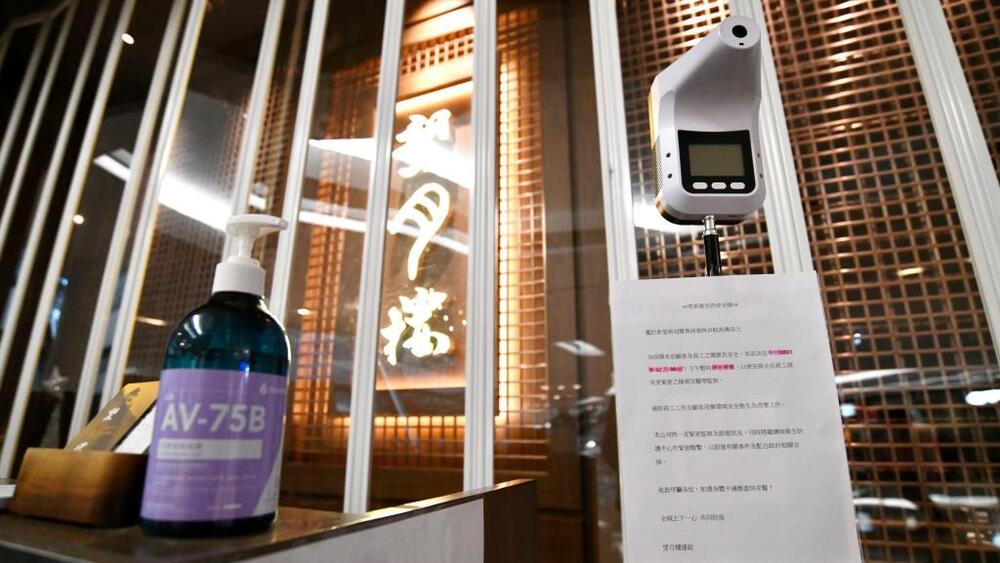 'Why are we paying the price for Cathay’s mistake?': quarantined restaurant staff

Cathay Pacific has allowed aircrews to spread the virus and made innocent people pay the price on their behalf as they were sent to quarantine centers, 22 staffers from Moon Palace, Festival Walk said in a statement.
The comments came as over 300 people, including 22 staffers of the Kowloon Tong restaurant were sent to the Penny's Bay Quarantine Centre ahead of 2022 after they were identified as close contacts of the infected patients.

Signing the statement as "the 22 chosen ones sent to Penny's Bay Quarantine Centre," they posted on the restaurant's Facebook page on Sunday, describing the 21-day isolation as a "jail term," saying the past four days have been the toughest in their lives, while ordinary citizens celebrated the New Year's Holiday.

"We can't sleep at night and can't stop thinking about what we have done wrong. Why are we and our family and children being put in Penny's Bay? Why are we paying the price for Cathay's mistakes?" it wrote.

Meanwhile, the statement also read that the restaurant has been striving to keep up with the SAR’s Covid guidelines, but still has to take the hit for such a “disaster”, putting the company’s survival at risk.

“This year’s New Year wish is to reunite with our family after the 21-day quarantine, and to pray for the government to allow the restaurant to go back into business,” the statement added.

The Moon Palace cluster has so far seen five people tested positive for the virus, including the index case of a Cathay Pacific flight attendant, who the airline said had breached their home isolation protocol.

"Failure to comply with medical surveillance regulations will lead to disciplinary procedures. Two of the individuals are no longer employed by Cathay Pacific,” said the airline in a statement.

The airline told The Standard on Monday that the actions of those individuals are extremely disappointing, as they undermine the otherwise exemplary dedication and compliance shown by our over 10,000 aircrew.

“Cathay Pacific is acutely aware of the critical importance of complying with anti-pandemic measures both in Hong Kong and overseas, and apologizes for the inconvenience and disruption caused by these non-compliant cases. Cathay Pacific will continue to work closely with the Transport and Housing Bureau as well as the health authorities to reinforce public health protection,” it said.
#Facebook  #Covid
Add Comment