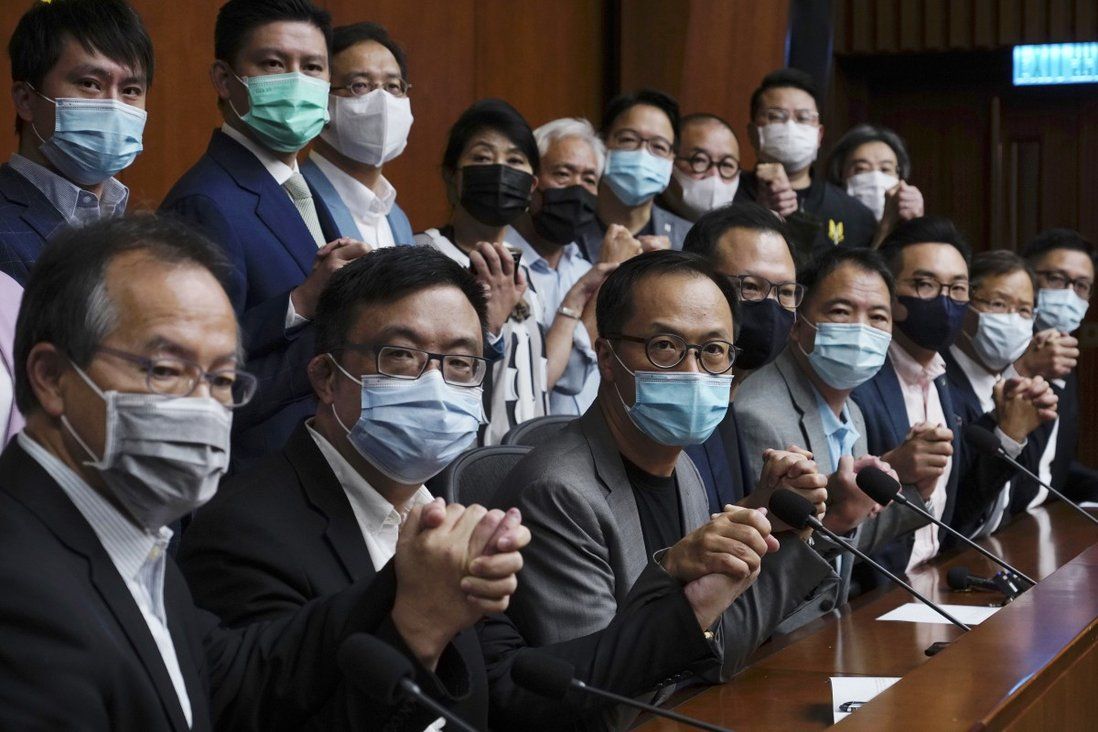 Why are pro-establishment lawmakers fighting ‘ghosts’ in Legco?

The pro-establishment camp’s move to legislate against the obstructionist tactics of the now absent opposition risks muffling debate and deliberation. They should also worry about rule changes that may put them at a disadvantage later.

With only two non-establishment lawmakers left in the Legislative Council, one would think the pro-establishment camp had better things to do than fight their political adversaries who have been disqualified or have quit in protest.

But Legco is on course to pass another batch of rule book amendments by the end of March to, well, further curb the filibustering tactics of those who have left the council.

Most of our remaining lawmakers appear adamant about spring cleaning. More than 100 pages of changes have been proposed, including disallowing members to make quorum call requests unless immediately before a vote, cutting the speaking time by two-thirds, capping the debating time for a bill to four hours, limiting the membership of each panel, bills committee or subcommittee to 15 people.

These proposals are direct responses to the stalling tactics the opposition had employed: forcing headcounts, raising a point of order to interrupt others, or the more traditional forms of filibustering by maximising the allowed speaking time.

One proposal called for restricting the time allowed for the election of a chairman to a committee or subcommittee to 30 minutes, to prevent a repeat of last year’s political circus, where the election of the House Committee chairman was dragged out over months.

Some proposals seem too drastic – what is the point of cutting the two remaining non-establishment lawmakers’ speaking time to five minutes each? If our Legco cannot even stomach more than 10 minutes of potentially dissenting opinion, then where is the debate and deliberation fundamental to its existence?

It is through this political process that Legco looks out for the public interest. It is through deliberation and debate that compromises can be reached, political blind spots addressed, and holders of public office held accountable.

Perhaps it is as Legco’s rules of procedure committee chairman Paul Tse Wai-chun said: “We are just trying to get the council back on track.”

This is the pro-establishment camp’s second try at changing Legco’s rule book after amendments to curb filibustering were made in 2017.

It looks to me that this is not so much about plugging loopholes in the rules as about playing catch-up. Beijing has basically removed those who would have derailed proceedings and obstructed the chamber from doing its business. But pro-establishment lawmakers’ memory of their inability to counter the obstructionist tactics in the past must still sting.

Obstructionist politics is not new and Hong Kong is not the only place plagued by it. For decades, there have been debates over how to curb filibusters and how far these curbs should go. Most stayed away from drastic changes that would cripple dissent, because the tables could easily be turned. Hong Kong’s legislators also need to worry about rule changes that may put them at a disadvantage later.

Political lines are not simply drawn between the blue or yellow camps; there are other ideological divides, such as libertarian free market defenders against government interventionists. When clashes arise over the roles and limits of the government and the redistribution of wealth, pro-establishment lawmakers can find themselves running the same gauntlet.

Just as the opposition found new and creative ways to deadlock the chamber after the 2017 rule changes, more ways to get around new rules will be found as long as opposition politicians can make it back into Legco.

In fighting “ghosts” and essentially preparing for their return, pro-establishment lawmakers are signalling that they expect their political nemeses to make it back to the chamber in some form. And in this whole twisted mess, maybe this is something to feel hopeful about. This city’s political process needs a healthy opposition.