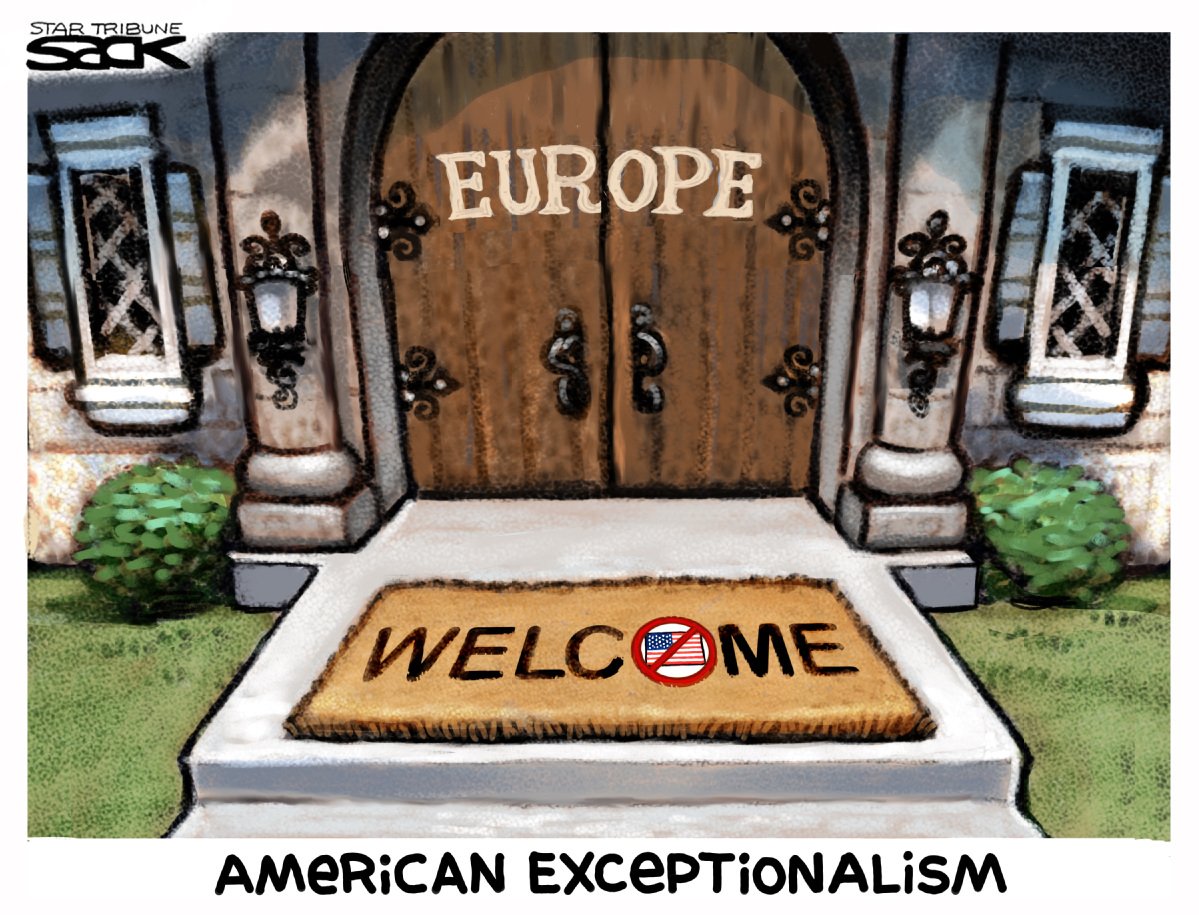 The EU on Tuesday released its much-anticipated list of countries whose residents will be permitted to travel into the region starting tomorrow.

Who’s out? Everyone else, including the United States.

The announcement was a heavy blow for Americans — and not just those with summer travel plans to Europe.


When EU draft lists failed to include the U.S. among countries likely to be welcomed next month, media reaction was swift. It was “embarrassing,” a “blow to U.S. prestige,” and a “stinging rebuke to the Trump administration’s management of the coronavirus scourge.”

It was also entirely expected.

On June 11, the EU published a four-part checklist that set forth “objective criteria” to create a “common list” of countries to lift travel restrictions into the EU and Schengen Area countries.

The checklist’s main question: Is a country in a comparable or better “epidemiological situation” as the average EU nation in terms of new cases, infection trends and the ability to test, trace, contain, treat and report on the pandemic?

Additional factors include the ability to apply containment measures during travel and whether a country has lifted travel restrictions toward the EU.

So, what’s the ‘epidemiological situation’ in the U.S.?


Let’s run the U.S.’s stats through the EU’s checklist.

New cases: On June 11 - the day the EU announced the criteria necessary to gain entrance - there were nearly 2 million confirmed Covid-19 cases in the U.S.; today there more than 2.6 million cases.

Trends: Cases are rising in 36 states across the U.S., including the three most populous states of California, Texas and Florida. Last Wednesday, 12 states hit record highs in daily new cases based on their seven-day averages. Hospitalizations due to Covid-19 also rose in 16 states last week.

Testing, tracing and containment: The U.S. has done more testing per capita than many EU nations, though contact tracing in the U.S. is stumbling, and only a handful of states are projected to be on track to contain the coronavirus.

Travel containment measures: Airports and airlines have rolled out a host of new safety precautions, though U.S. airlines were slow to enforce mask usage during flights, a situation that is now changing.

Reciprocity: Residents of Schengen Area countries, as well as the U.K., are still not allowed to enter the U.S. pursuant to a travel ban issued in March.

All in all, EU officials were not impressed.

“I would not expect the United States to be even close to make the cut at this time,” said Annika Hinze, professor of political science at Fordham University.

“There is simply no cohesive national policy to curb the spread of Covid-19 in the United States, whereas even comparably federalized systems in the EU, such as Germany, were able to devise a national strategy to combat the virus.”

Why the rejection hurts


Beyond canceled travel plans, the list by EU senior diplomats is a hard pill to swallow as it is, in essence, the world’s first government-backed, scientifically-applied, allies-be-damned analysis on which countries are successfully containing Covid-19 infections.

Is the EU’s approach flawless? Probably not. Making international comparisons is notoriously difficult; death counts are not standardized and testing rates vary as does government transparency.

But it represents a good faith effort to apply a neutral, apolitical approach to reopening global borders. The U.S. reportedly lobbied intensely to get onto the safe list.

A little face can be saved for America in that the U.S. isn’t so much being “banned” from entering Europe as it simply isn’t being invited to the party (yet). Nobody likes to be left off the guest list though, especially not a soiree this big, and when peers like Canada and Australia and rivals like China made the cut.

What the U.S. needs to do


To travel into the EU again, the U.S. needs to increase testing and contact tracing, limit people from congregating, require masks in public and enforce stay-at-home orders, said Hinze.

She called Trump’s announcement to withdraw funding from testing and Texas Gov. Greg Abbott’s failure to walk back the reopening process in Texas, while restricting cities like Houston and Austin from implementing their own precautionary measures, “deeply worrisome to EU observers.”

Without decisive policy changes including shutdowns in places like Texas where cases have spiked, Hinze said, “I cannot see the EU changing its mind regarding the travel restrictions vis-a-vis U.S. citizens anytime soon.”

Stephen DeVoy 227 days ago
Actually, the EU's stand is bigoted. It is based on nationality alone. Americans that have been outside of the USA and in safe countries throughout the pandemic are banned for no other reason than being a USA national. That's bigotry. A non-bigoted approach would take into account where the visitor has been for the last 14 days and whether they test positive for COVID-19.
View all comments (1)Add comment