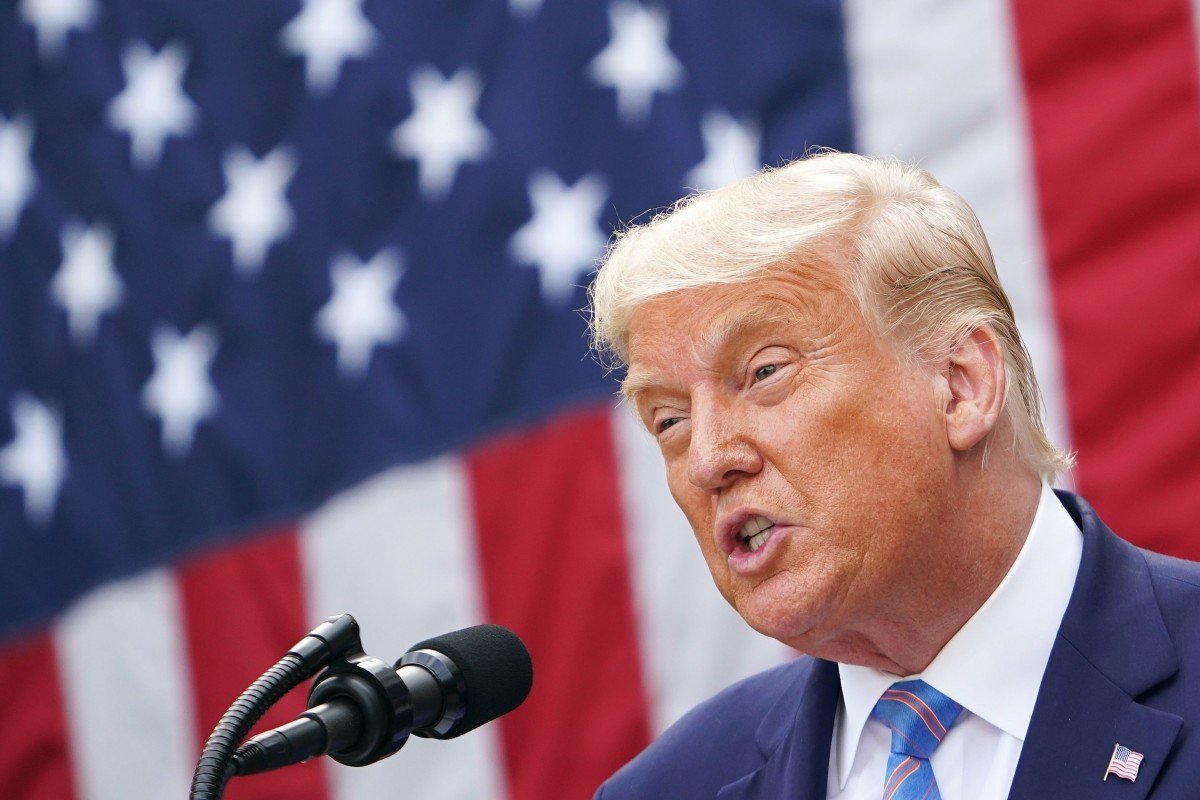 For many complicated and even contradictory reasons, Chinese of all stripes around the world have come to see a second Trump term as furthering their own advantage
Say what you like about Donald Trump, it appears many ethnic Chinese want to see a second term for the US president. Among these are mainland Chinese who prefer him for four more years whether they support or oppose his anti-China policies; Hong Kong Chinese who love the measures the White House has taken against their own city and the local government, including sanctions against top officials; and Taiwanese who desire closer ties between the island and the United States.

It’s truly a strange and complicated Chinese world we live in; try wrapping your head around all that. Just about the only group of ethnic Chinese who decisively turn against Trump are Chinese-Americans. And of course, they count the most since they get to cast their votes next week.

An Asian-American voter survey reported by NBC News last month found 54 per cent of Asian Americans would vote for Democrat Joe Biden, while only 30 per cent would pick Trump. Among the main reasons cited by Chinese-Americans for supporting Biden was rising racism and xenophobia in the US provoked by Trump’s anti-China policies and rhetoric, especially over Covid-19.

In Asia-Pacific, Taiwan is the only place where Trump supporters outnumber distractors. According to a poll by UK-based market research firm YouGov, 42 per cent of Taiwanese favour a Trump victory, while 30 per cent want to see Biden win. Another 28 per cent have no preference. Hong Kong comes second in terms of the level of support for Trump (36 per cent), but even here, more people favour Biden (42 per cent).

The case of Taiwan’s support for Trump is perhaps easiest to understand. His administration is arguably the most hostile to mainland China and friendliest to the island in half a century. Trump’s officials almost never mention “one China”, though that supposedly remains Washington’s official policy, while some speak openly as if the island is already a country. Meanwhile, weapon sales keep coming the island’s way, angering Beijing.

In Hong Kong, many people understand Trump’s authoritarianism and disdain for democratic practices and norms, but nevertheless appreciate his tough stance against the central and Hong Kong governments, especially over the social unrest of last year and the enactment of the national security law in the city. The enemy of my enemy is my friend.

In China, it’s no secret that he has legions of fans, from the day he was elected. Many remain so even after he turned overtly hostile against Beijing. Many if not most liberal critics of the communist central government as well as human rights activists think Trump is the only Western leader willing to take on Beijing directly. His domestic illiberal politics is irrelevant to them.

In a new essay published this month, Zhang Qianfan, a constitutional law professor at Peking University, observed that many mainland liberals supported Trump because of his hostile position against Beijing. They don’t care whether his anti-China policies are driven by ideology or opportunism.

Since there is no hope for democratic reform or revolution at the moment or in the near future, persistent pressure from the US in the form of “hammer blows” against China is the only realistic resistance to Chinese “totalitarianism”.

On the other hand, however bad Trump is to China, there are those who think he has been much worse for his own country. If his “America first” weakens and discredits Washington’s leadership in the Western alliances and global order, the price for his anti-China stance is well worth paying.

Many patriotic intellectuals and scholars have argued any decline in American hegemony will, in the long run, help China boost its global influence, and that Trump has done exactly that. As famed author and The New York Times columnist Thomas Friedman has observed in two recent op-eds, “China got better. We got sicker. Thanks, Trump” and “Trump has made China great again”.

For all sorts of reasons, some of them contradictory, Chinese of all stripes around the world have come to see a second Trump term as furthering their own agendas and interests.
#Donald Trump  #COVID-19  #Joe Biden  #Covid
Add Comment