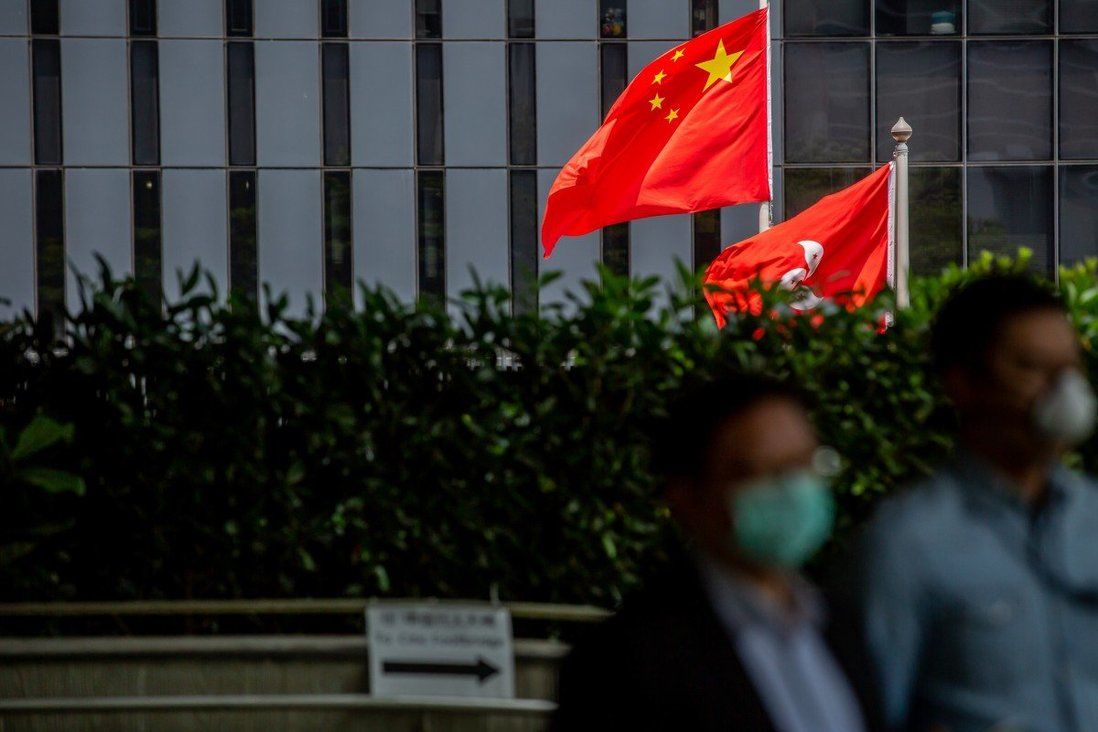 The requirement of patriotism set to feature in an expected overhaul of Hong Kong’s electoral structure can easily be used by Beijing loyalists as a pretext to target opponents, as illustrated by the recent attack on a Hong Kong official.
Keep hope alive. That was former US president Barack Obama’s campaign slogan. Keeping hope alive is not a hurdle in democracies. Those who loathe Donald Trump proved it by voting him out. Those who idolise him proved it by jam-packing a rally where Trump hinted at a comeback.

It requires courage to keep hope alive in authoritarian regimes. Yet the people of Myanmar are doing that, some by losing their lives
, after a military coup toppled the government.

I kept hope alive by believing Beijing would allow Hong Kong to move gradually towards true democracy. I reluctantly backed the government’s 2015 reform package, based on Beijing’s 2014 framework, as a first step. The opposition, which voted it down, labelled me a blue ribbon.

Now the blue ribbons, who comprise Beijing’s loyalist camp, say I have defected to the pro-democracy’s yellow camp, which opposes Beijing’s tightening grip on Hong Kong.

I support both democracy and Beijing’s sovereignty over Hong Kong. They are not mutually exclusive. Beijing, obsessed with the false belief that an independence movement has taken root, doesn’t seem to grasp that. Its tightening grip is choking off hope of real democracy.

A headline in the Post said Beijing should let Hong Kong be Hong Kong. It encapsulated the soul of Hong Kong people. Letting us be who we are doesn’t mean subversion, secession, colluding with foreign forces, or being unpatriotic.

It means preserving our free way of life that allows independent thought, a lively media, and right to protest. That’s what earned Hong Kong global admiration. But the Post headline, although recent, belongs to the halcyon days.

We no longer attract global admiration. Western democracies see us as an oppressed city under Beijing’s thumb, which has curtailed our freedoms with a sweeping but vague national security law.

Beijing is expected to further alter Hong Kong’s DNA when the country’s parliament meets this weekend. It has been widely reported that top leaders will overhaul Hong Kong’s election structure to allow only patriots to govern.

One possible change is to neuter the district councils, which the opposition controls after a 2019 election landslide, so that its members can no longer be part of the Election Committee that selects the chief executive.

Another reported change is to allow only patriots to be district council and Legislative Council members. How will Beijing define who a patriot is
? Legislators must already swear to uphold the Basic Law. The same will soon apply to district councillors. But that, apparently, isn’t enough to pass the patriot test.

Constitutional and Mainland Affairs secretary Erick Tsang Kwok-wai said people who were not truly patriotic had entered the system after elections. Beijing’s top official overseeing Hong Kong, Xia Baolong, said the election system must be overhauled to ensure only patriots can rule.

This is baffling. Some 1.6 million Hongkongers voted for the opposition in 2019, allowing it to sweep the district council elections. The opposition almost always dominates in direct Legco elections.

If opposition candidates who won in free elections are not patriots, are the millions who voted for them also not patriots? Are the estimated 2 million who marched peacefully against Chief Executive Carrie Lam Cheng Yuet-ngor’s now-dead extradition bill traitors?

Loyalists such as former Legco president Rita Fan Hsu Lai-tai and Legco member Priscilla Leung Mei-fun have suggested election candidates should be vetted before being allowed to run. What next? Patriot tests for teachers, parents, even street cleaners? Don’t these loyalists know that, in rushing to prove their patriotism, they are betraying the Hong Kong values they grew up with?

I applaud Ip but fear Cultural Revolution-style scapegoating will come now that Beijing has declared only patriots can govern, without a clear definition. Keeping the democracy hope alive is fast becoming a fool’s dream.
#Donald Trump
Add Comment