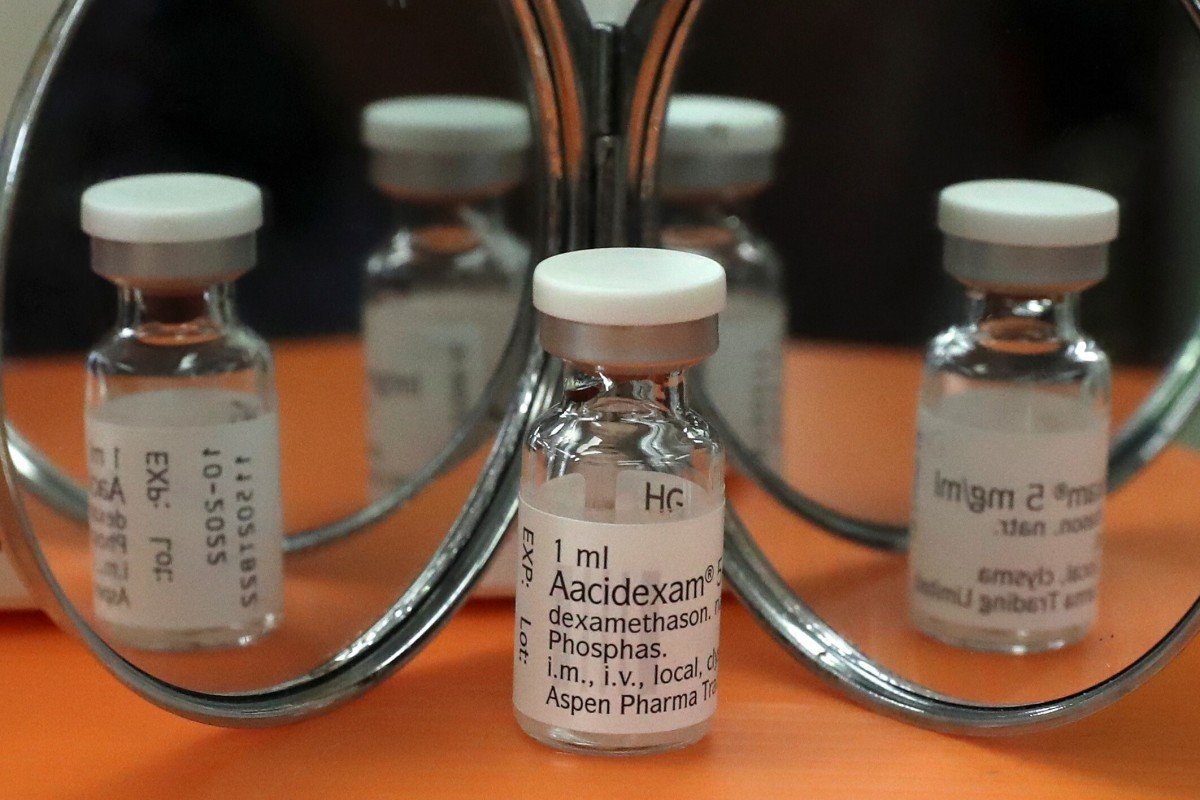 The findings by the panel, which includes Chinese University Professor David Hui, indicate steroids can prevent up to 9 per cent of fatalities in worst-hit patients.

A new World Health Organisation guideline recommends the use of steroids for severely and critically ill Covid-19 patients – a treatment already used in Hong Kong – with the global body estimating the drugs could prevent up to almost 9 per cent of fatalities among the most serious cases.

Professor David Hui Shu-cheong, a Chinese University respiratory medicine expert involved in drafting the protocol – and an adviser to the Hong Kong government on its coronavirus response – said the new guideline further validated the effectiveness of a readily available type of drug already being used on some Covid-19 patients in the city.

“The research shows the drug, which has sufficient supply in the city, can reduce mortality rates in severe and critically ill Covid-19 patients,” said Hui, who also noted he expected local authorities to adopt the recommendations. Professor David Hui speaks to the press about the coronavirus at the Li Ka Shing Medical Sciences Building in Sha Tin in March.

A guideline development group under the WHO comprising Hui and 22 other medical experts across the world issued the advice on Wednesday after studying eight recent randomised trials involving 7,184 patients.

The results showed systemic corticosteroids could reduce mortality rates in patients with critical cases of Covid-19, including those requiring intubation, with mortality rates after 28 days of the therapy down by 87 deaths per 1,000 critical cases. The medication could also lower death rates among severe cases, such as those requiring oxygen support, by an estimated 67 per 1,000 patients.

The researchers added that the drugs could “probably reduce” the need for invasive mechanical ventilation, though they also noted the treatment might actually increase the risk of death when administered to patients with non-severe cases of Covid-19 by as much as 39 per 1,000 patients.

The panel concluded with two recommendations, including a “strong recommendation” for systemic corticosteroid therapy – namely 6mg of dexamethasone orally or intravenously per day, or 50mg of hydrocortisone intravenously every eight hours for seven to 10 days in patients with severe and critical COVID-19.

They also gave a conditional recommendation not to use corticosteroid therapy in patients with non-severe COVID-19, noting that the data indicated they “would not likely derive benefit and may derive harm”.

Hui said patients should be given antiviral drugs like interferon or Remdesivir to curb virus reproduction in the first week of treatment, and that steroids, which were known to treat inflammation, should be used in the second week if patients’ conditions continued to deteriorate.

The infectious disease expert said the Hospital Authority had been using steroids to treat some Covid-19 patients following research by the University of Oxford showing its effectiveness, but he believed the new guideline would spur global use of the drugs, with Hong Kong following suit.

Hong Kong had recorded 4,838 confirmed cases of Covid-19 as of Thursday, with 25 patients currently in critical condition and 19 in serious condition.