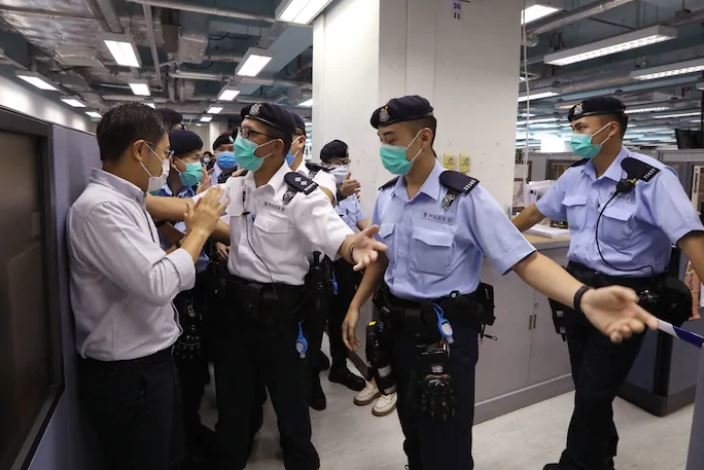 The fears of many pro-democracy activists in Hong Kong, which have been building since Beijing imposed a sweeping national security law over the territory earlier this summer, were realized Monday with the arrest of a media tycoon, his sons, a young activist and others — the most prominent arrests under the law to date.

The arrests targeted two of the city’s best-known pro-democracy figures: newspaper mogul Jimmy Lai, 71, whose resistance to Beijing dates back to the aftermath of the 1989 Tiananmen Square massacre; and Agnes Chow, 23, a leader in the new generation of activists.

The imposition of the new security law triggered fierce international criticism and escalated tensions with the United States. The U.S. Treasury Department sanctioned Hong Kong Chief Executive Carrie Lam and other officials for “undermining Hong Kong’s autonomy and restricting the freedom of expression or assembly” last week, citing the legislation.

Who is Jimmy Lai?

Originally from mainland China, Lai was smuggled into Hong Kong as a child, according to Reuters, and worked his way to the top of the city’s clothing industry as the founder of Giordano, a popular retailer.

By his account, the 1989 Tiananmen Square massacre awakened his political consciousness.

“I was Chinese but could never relate to China,” Lai said in a New York Times interview later that year. “I lived with that typical contradiction of overseas Chinese. But the students in Tiananmen changed all that.”

In 1995, two years before Britain handed Hong Kong over to China, Lai founded the city’s Apple Daily newspaper. At the time, for many residents of the city, the idea of China withdrawing the city’s political freedoms seemed far removed.

Under the “One country, two systems” model after the handover, Hong Kong was supposed to retain a high degree of autonomy until 2047.

But as Beijing’s moves to restrict freedoms in the territory became more concerted and frequent in recent years, Lai’s pro-democracy appeals gained urgency.

His newspaper and news site remain one of the city’s most-read publications, despite recent financial pressure. Lai made no secret of his criticism of Beijing, drawing rebukes from mainland Chinese outlets that accused him of treason.

At home in Hong Kong, Lai continued to participate in numerous pro-democracy rallies, amid growing tensions. In February, he was arrested over his earlier participation in an unauthorized protest but was later released.

His activism, he maintained in an interview with his own paper, was his responsibility alone. The assurance did not stop the arrest of his sons or a raid on the Apple Daily offices.

“Hong Kong’s press freedom is now hanging by a thread, but our staff will remain fully committed to our duty to defend the freedom of the press,” the newspaper’s publishing company, Next Digital, said in a statement.

Who is Agnes Chow? 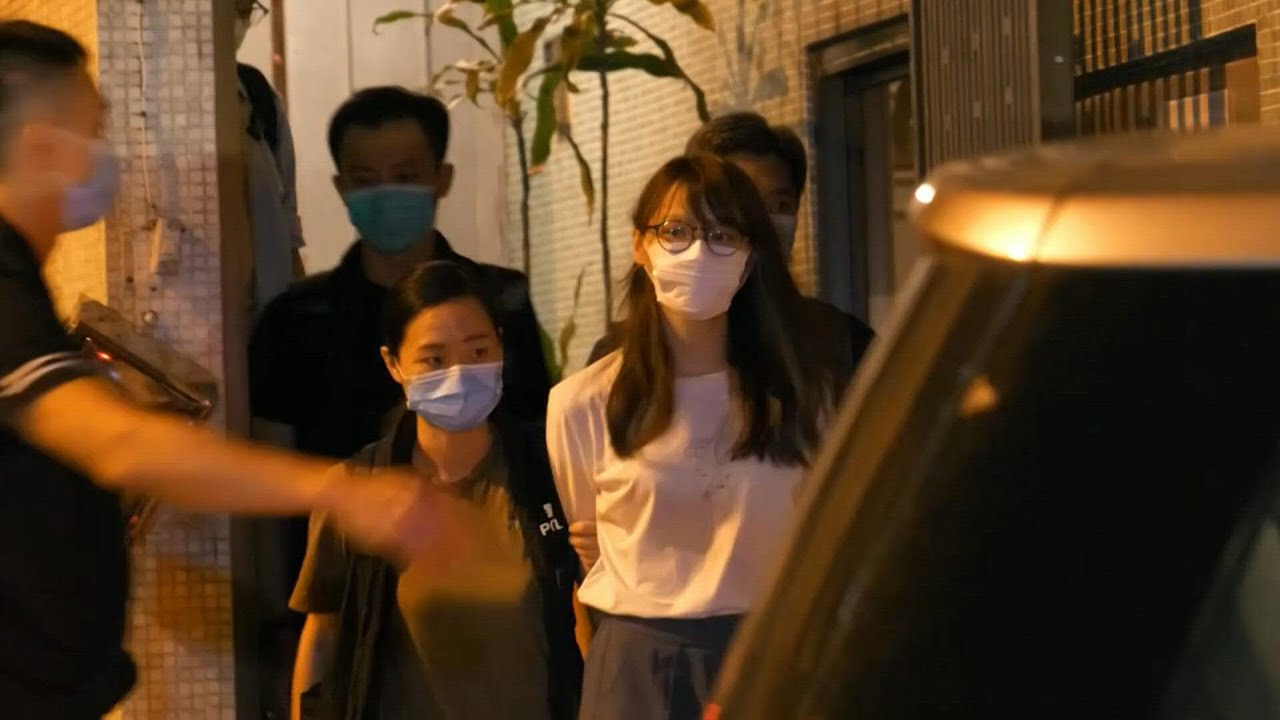 Chow became widely known during the 2014 student protests in Hong Kong, when she was 17.

A key figure in the new generation of pro-democracy protesters, Chow said she became engaged in politics through social media groups when she was 15.

During student protests at the time, she connected with activists who later became prominent faces of the city’s youth protest movement.

Seeking to seize on the momentum of the 2014 protests, the group founded the pro-democracy Demosistō party in 2016, which has been a frequent target for authorities in recent years.

Chow renounced her British citizenship to run for the city’s Legislative Council in 2018. But her bid for public office was rejected after she published a pro-democracy manifesto in which she called for Hong Kong’s self-determination.

“The ban against me isn’t personal,” Chow told the Guardian, responding to the ban at the time. It is “targeting an entire generation of young people who have a different view from the government.”

After police arrested her at a pro-democracy protest last summer, she was banned from leaving the city. Her appeals were rejected.

“We are just small ants in front of the Chinese government, and if they wish to — of course I don’t want to see it happening but — something like [the] Tiananmen crackdown could take place,” she said in a Skype conversation with Japanese students in January, according to a recording obtained by the Nikkei Asian Review.

Chow is fluent in Japanese, a language she taught herself, and has a substantial base of support in Japan.