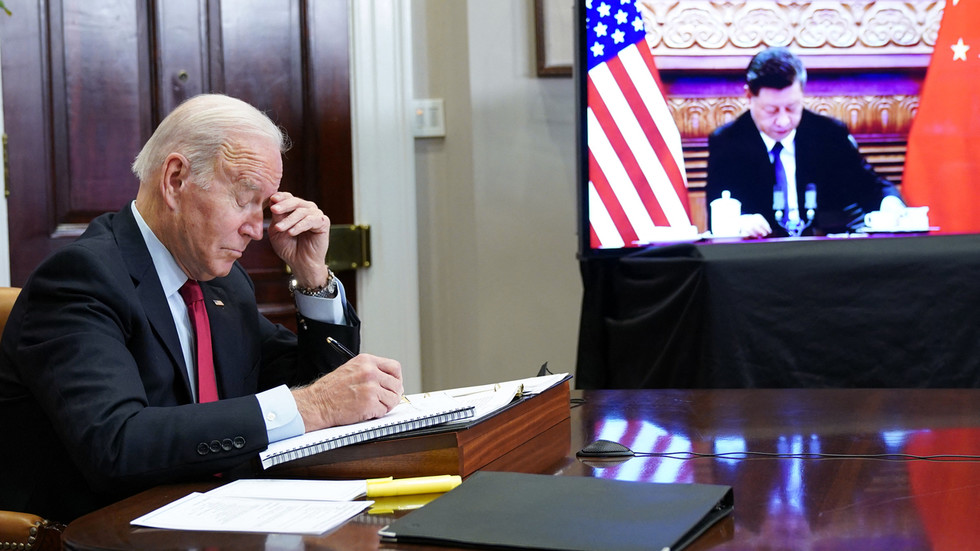 The White House has confirmed President Joe Biden’s “diplomatic boycott” of the 2022 Beijing Winter Olympics. China had warned the move would be seen as a “provocation.”
The Biden administration “will not send any diplomatic or official representation to the 2022 Beijing Winter Olympics,” White House press secretary Jen Psaki announced on Monday, citing Beijing’s alleged human rights violations, including what she called “genocide and crimes against humanity.” While vowing to cheer on the competing American athletes, Psaki lamented that sending a delegation would treat the Olympics as “business as usual,” the US “simply can’t do that.”

The ‘boycott’ would still allow American athletes to compete and ultimately would not affect the games’ proceedings. No American president has actually boycotted the Olympics since Jimmy Carter’s failure to go to Moscow in 1980.

Foreign Ministry spokesperson Zhao Lijian also said Beijing would consider the move an “outright political provocation” during a briefing on Monday. He declined to offer details on how China might respond to the slight.

Earlier, China’s Global Times state paper wrote that it would technically be impossible for Washington to stage a 'diplomatic boycott,' given that no American diplomats had been invited to the Olympic Games in the first place. While a virtual summit between the US and China last month was supposed to set the stage for Biden to either decline or accept Beijing’s invite, neither the US president nor his diplomats have been officially invited to the Olympics, it wrote.

Supporters of the boycott hope to use the move to draw negative attention to what they say is China’s dire human rights record. House Speaker Nancy Pelosi (D-California) initially called for the diplomatic boycott back in May, a cry which was largely ignored. However, several American athletes have since flocked to the cause, declaring Beijing’s treatment of Uyghur Muslims to be “abysmal.”
#Joe Biden
Add Comment