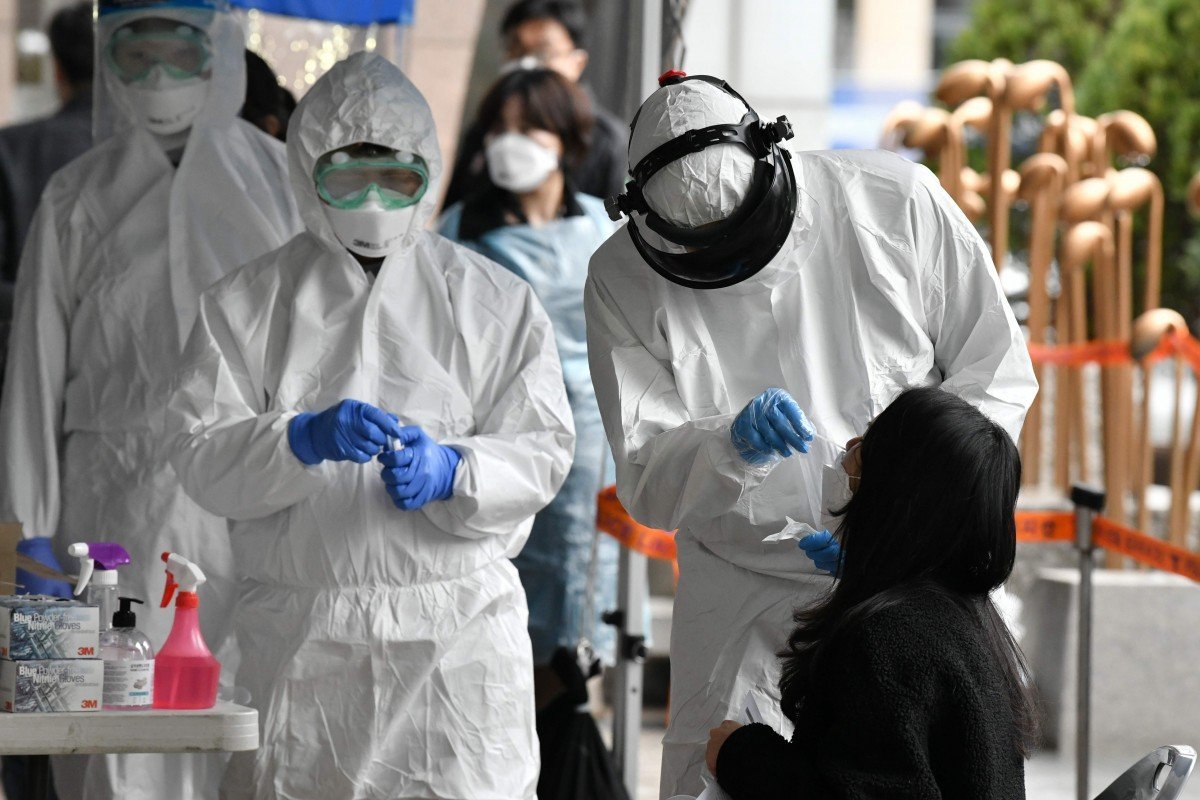 Egypt appears to have very few cases of Covid-19 while South Korea and Italy have thousands. But one expert warns that Africa could be the disease’s next hotspot, despite the low reported caseload

From the raw numbers alone, the new coronavirus would appear to have less of a foothold in places like Egypt and India than countries such as Italy or South Korea.

But a new set of numbers last week indicates that the raw numbers are not an accurate reflection of whether the epidemic is spreading in a country.

On Wednesday, nine members of a Hong Kong tour group who had visited Egypt were confirmed to have the coronavirus while last week two residents who had visited Mumbai tested positive for Covid-19 upon return to the special administrative region.

The difference, according to experts, is testing.

Benjamin Cowling, a professor at the University of Hong Kong’s school of public health, said that many countries were already affected, and many more would be in the coming weeks. The actual number of infections in a country would depend on surveillance and testing capacity.

“South Korea has a high number of cases but also has done a very large number of tests,” Cowling said.

“Other countries might have more infections than South Korea but less confirmed cases, because they have done fewer tests.”

South Korea has been praised for its mass screening, testing 248,647 people as of Thursday, or 4,831 per million people in the country. This rate is far higher than other countries that have released data on testing.

Italy’s rate was 1,422 per million people, Japan’s was 81 and the US’ was at 42, according to data from health departments.

As a result, South Korea had the highest number of cases outside China at one point, although the growth of new cases has slowed and the country reported more recoveries than new cases for the first time on Friday.

In Egypt, 45 of the 67 confirmed cases were on a cruise ship in the southern city of Luxor, as of Thursday.

However, at least 40 visitors who travelled to Egypt later tested positive for Covid-19 at home, according to data compiled by the Post. This included tourists from the United States, Greece, France and Hong Kong.

More than 42 African countries have been trained to test for Covid-19 and there is a stockpile of 60,000 test kits, John Nkengasong, the director of Africa CDC, said in an interview published by the Harvard Global Health Institute on Friday.

The challenge now was to expand testing capacity within each country and identify community spread, he said.

“Our greatest need for the continent now is to cascade the testing within the country down and make sure diagnostic [capabilities] leave the central lab,” he said.

“People [have been] slipping in without symptoms and we didn’t know. They could be seeding infections everywhere and then we’d see an outburst. That is a scenario that wakes me up at night.”

When asked which countries had sought help with testing, the WHO said it had sent laboratory tests for Covid-19 to more than 120 countries. This included centres in Southeast Asia, the Middle East, and almost all of the countries in South America, Africa and eastern Europe. North Korea was also listed as one of the recipients.

But the WHO did not clarify how many laboratory tests were sent to each of the countries.

Tom Kenyon, who worked for 21 years at the US Centres for Disease Control and Prevention (CDC) and is now the chief health officer of medical NGO Project Hope, said Africa could be the next front line.

“I think Africa could be the next major hotspot and their ability to cope, such as with testing, is going to be a major challenge,” Kenyon said.

“It’s really surprising that there hasn’t been much onward transmission yet. But that’s what I worry about the most.”

Cowling said ultimately countries might not need to test every single person with symptoms and could consider an alternative.

“We would like to keep track of where the virus is going, and how far epidemics have progressed, but counting numbers of cases is not the best way to do that,” he said.

“Perhaps better would be systematic approaches that can estimate the number of people that have been infected as time goes on.”