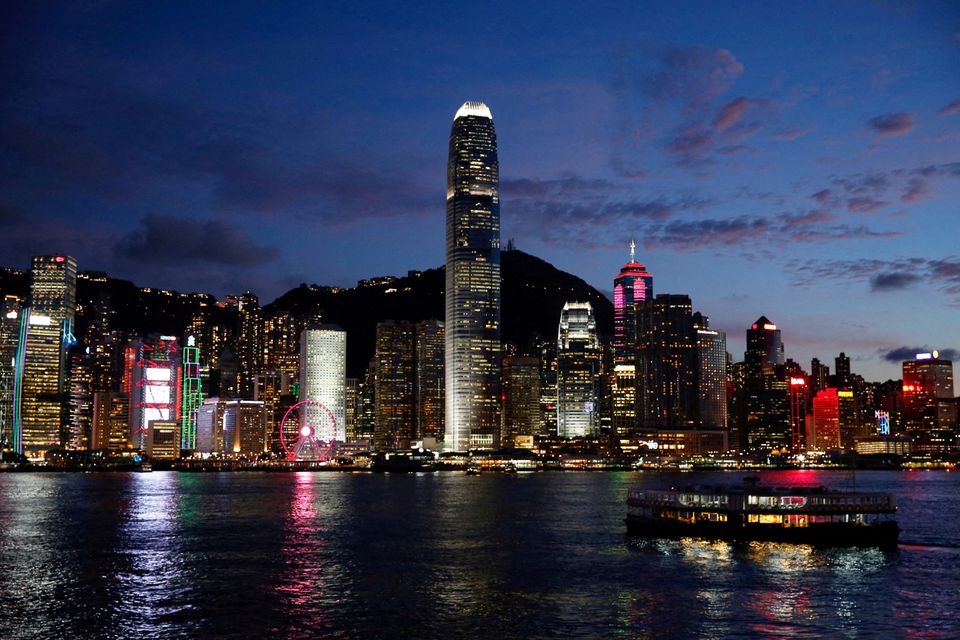 Hong Kong accountant May Ng says her family made huge sacrifices last month to comply with the city's Covid-19 policies, but now thinks these were in vain as she does not expect the latest outbreak to be contained.
The global financial hub follows mainland China in deploying a "dynamic zero-Covid" strategy aimed at ending any outbreaks as soon as possible after they occur, but the highly transmissible Omicron variant has proven hard to keep under control.

Despite extensive contact tracing and draconian isolation policies, daily infections have risen 60-fold since Feb. 1 to several thousands, pushing the city further and further away from its goals.

A person going to the same church as Ng's domestic helper tested positive in January, setting in motion a long string of inconveniences and costs for the accountant's expanded family, none of whom ever tested positive.

"I have no faith in the whole policy," Ng, 52, said. "I understand it is for the safety of society, but if they cannot...handle it, what’s the point?"

Ng and her domestic helper were sent to a makeshift quarantine facility.

Ng's 96-year-old father, who has mobility issues, had to spend five days in an isolation room in a hospital while wearing tight clothing attached to the bedframe, preventing him from getting up.

Ng's mother, 93, was placed in another isolation room at the same hospital, where she fell ill. Ng blames her illness on medical staff requiring her to skip showers and use diapers to minimize movement around the hospital.

Ng said the diapers were changed rarely and only at set hours. Her mother later went to a private hospital, spending more than HK$100,000 (US$12,820) to treat various infections.

The rules have since been adjusted with contacts of Covid-19 patients isolating at home as hospitals increasingly prioritize admissions based on severity.

City leader Carrie Lam has said the city "will not surrender" to the virus, calling on residents to have faith in government efforts and show understanding with regards to the inconvenience they cause.

The experience has made Ng fear the system that tries to contain Covid-19 more than the illness itself.

"If I do get infected, it will be like I have admitted a crime," Ng said.
#COVID-19  #Covid
Add Comment