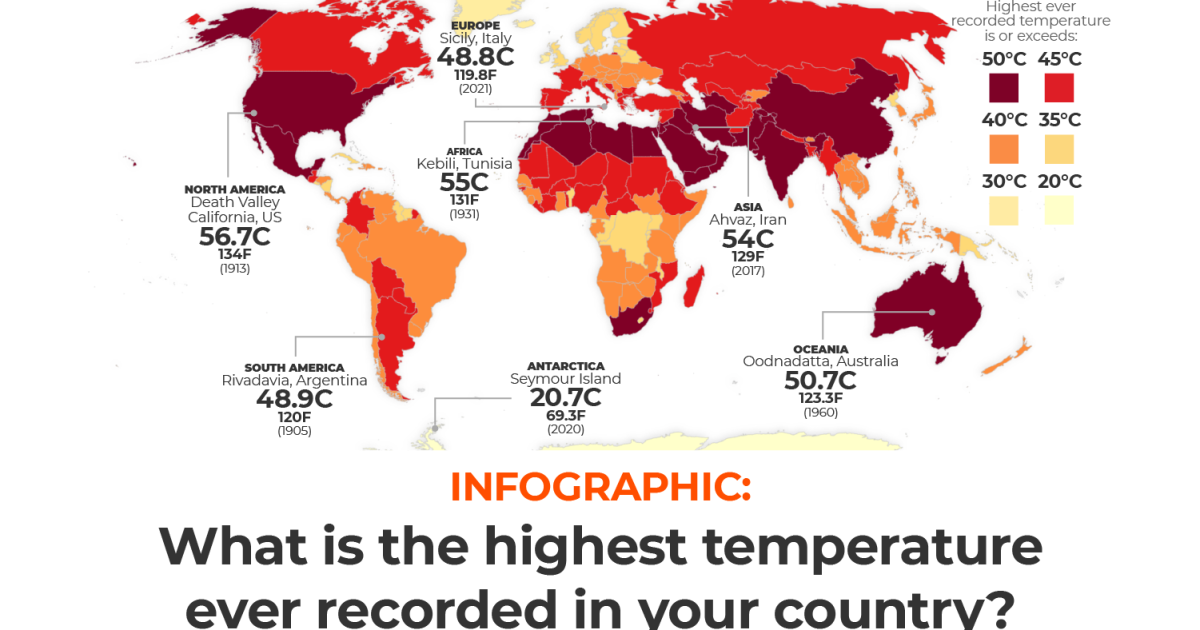 What is the highest temperature ever recorded in your country?

At least 22 countries have recorded maximum temperatures of 50C (122F) or more. Al Jazeera looks at the hottest places on the Earth.

On Friday, the United Kingdom’s Meteorological Office issued its first-ever red “Extreme heat” warning for Monday and Tuesday in much of England, including London and Manchester, as temperatures are expected to exceed 40C – making it the hottest day on record. The current record high temperature in the UK is 38.7C (101.6F), recorded in Cambridge on July 25, 2019.

The UK Health Security Agency also increased its heat-related health warning from tier three to tier four, with hospitals bracing for a spike in heat-related admissions. Residents have been advised to try to keep out of the sun between 11am (10:00 GMT) and 3pm (14:00 GMT), drink plenty of fluids and avoid physical exertion. 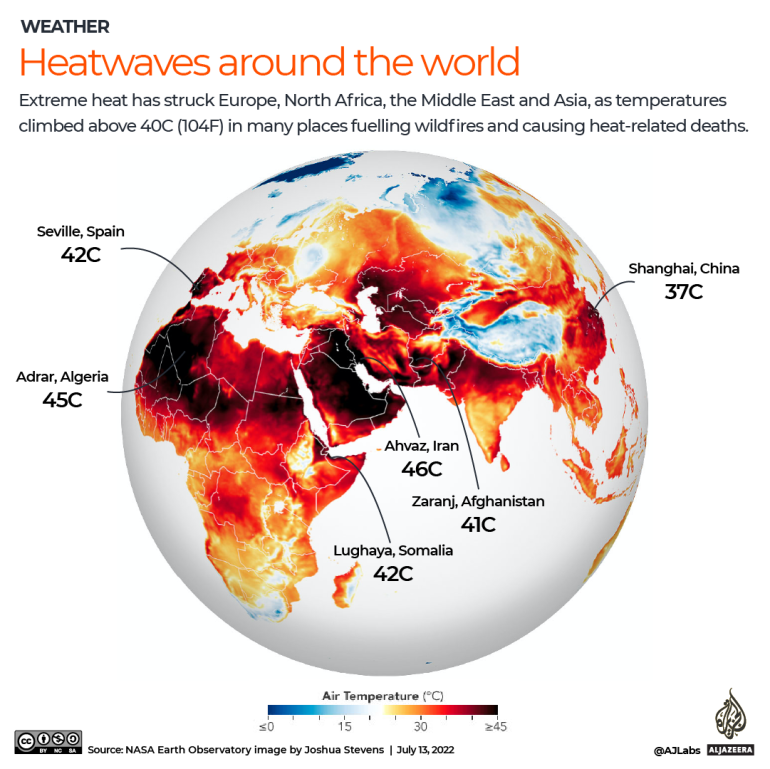 How temperature is measured

The temperature that you see on the news or on the weather app on your phone relies on a network of weather stations positioned around the globe.

To ensure accurate readings, weather stations use specialist platinum resistance thermometers placed in shaded instruments known as a Stevenson screen at a height of 1.25-2 metres (4-6 feet) above the ground.

There are two well-known scales used to measure temperature: Celsius and Fahrenheit.

Only a few countries, including the United States, use Fahrenheit as their official scale. The rest of the world uses the Celsius scale named after Swedish astronomer Anders Celsius who invented the 0-100 degree freezing and boiling point scale in 1742. 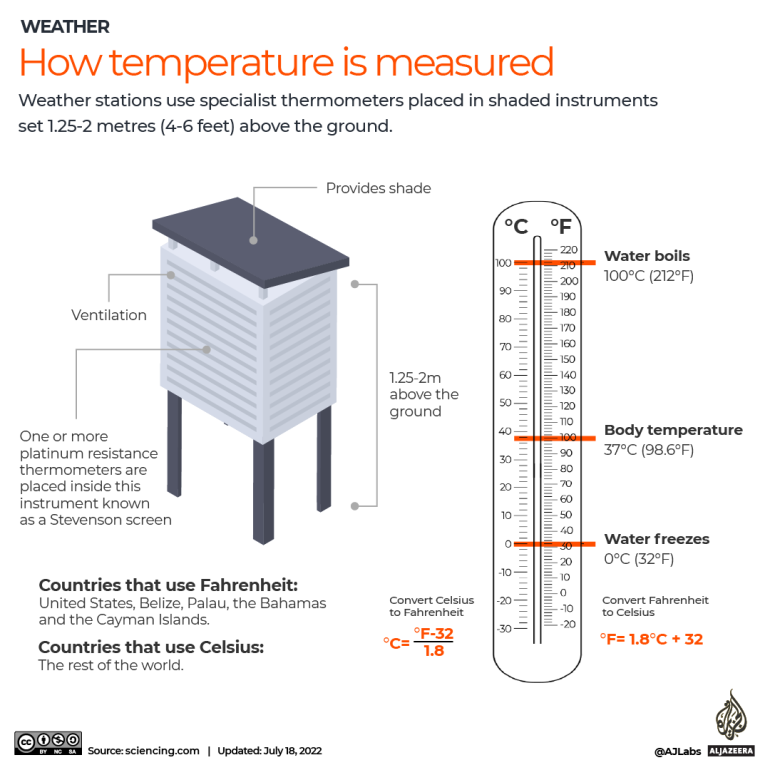 The map below shows the hottest temperatures ever recorded in each country around the world. At least 22 countries have recorded maximum temperatures of 50C (122F) or above.

In 2020, Seymour Island in Antarctica recorded a maximum temperature of 20.7C (69.3F). According to the United Nations’ World Meteorological Organization (WMO), temperatures on the Antarctic Peninsula have risen by nearly 3C (5.4F) over the past 50 years. 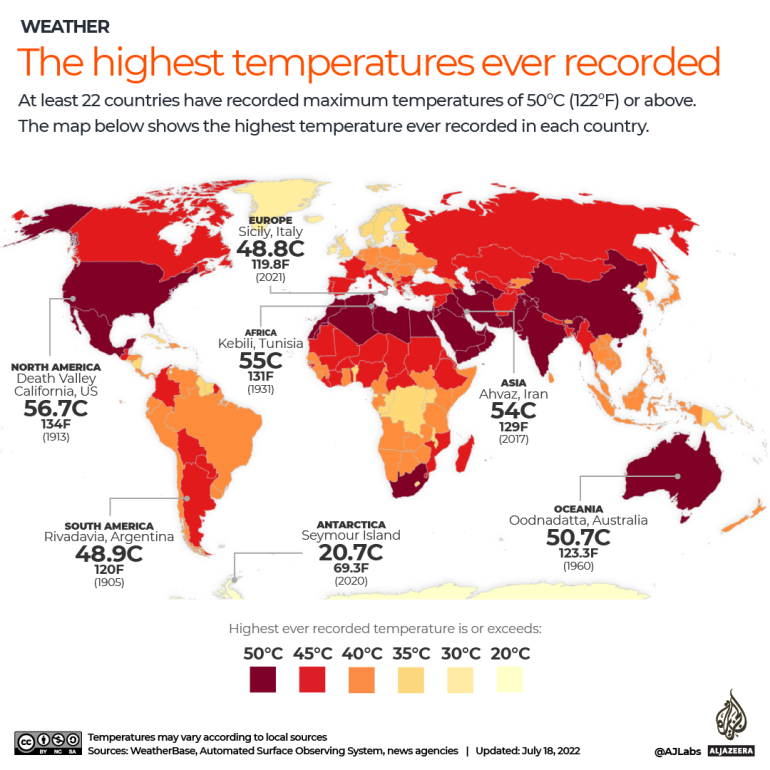 Earth’s global average surface temperature in 2020 tied with 2016 as the warmest year on record. Collectively, the past eight years have been the warmest since modern record-keeping began in 1880, according to NASA.

According to NASA’s temperature record, Earth in 2021 was about 1.1C (1.9F) warmer than the late 19th century average. 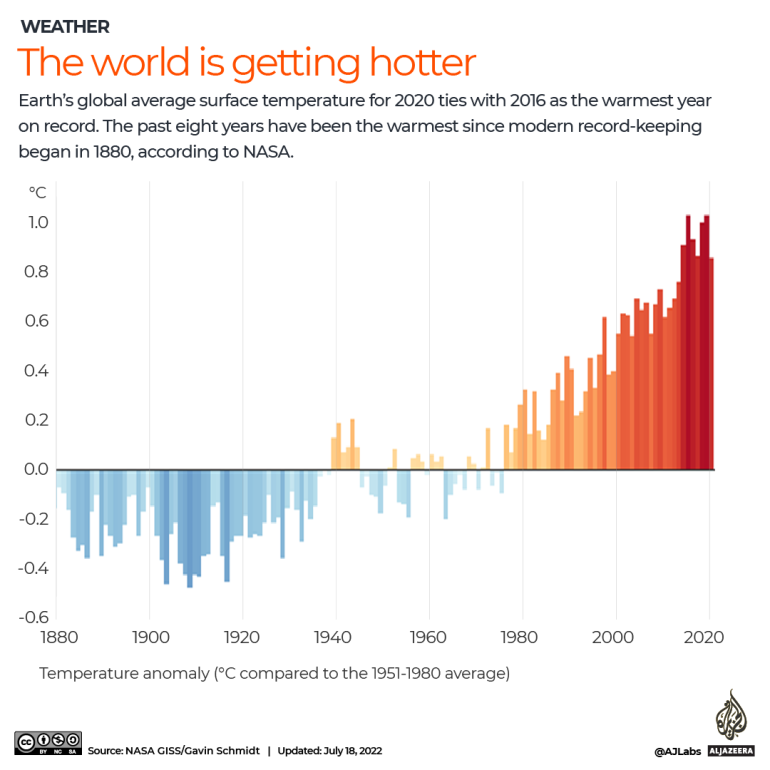