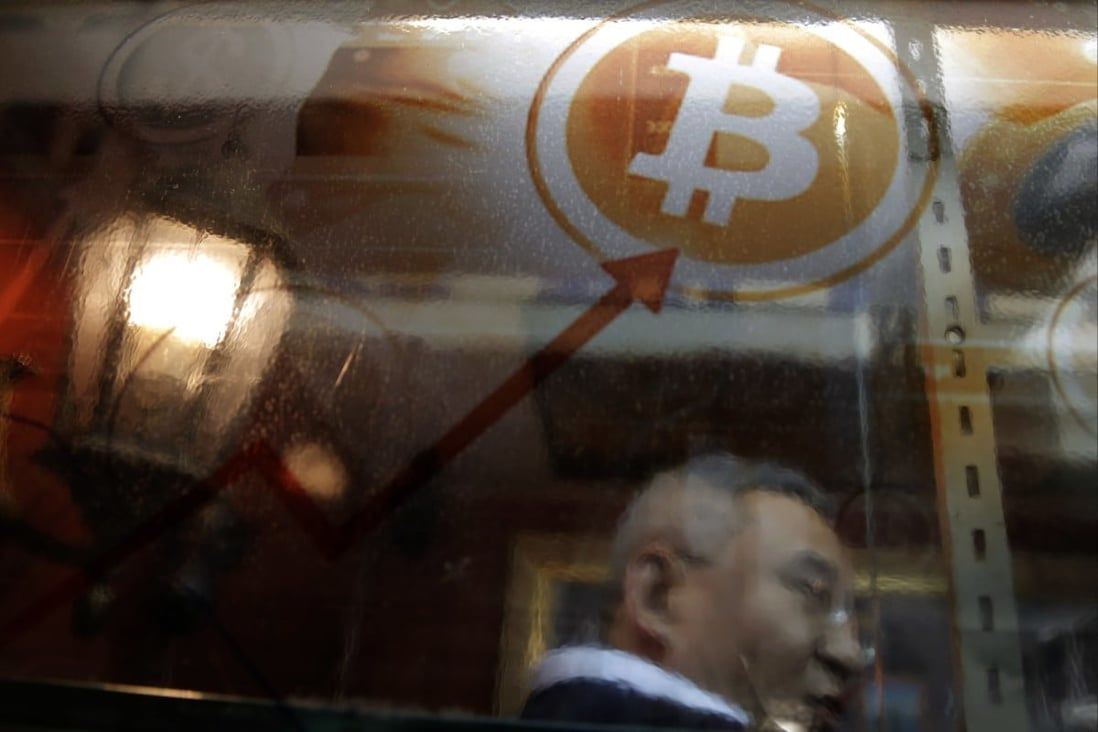 Hong Kong is poised to approve its biggest overhaul ever to cryptocurrency regulation in its bid to become a hub for the virtual asset (VA) market. These assets have so far been outside existing regulatory regimes in the city, as they do not qualify as securities under local law.

The new rules currently being deliberated would bring cryptocurrencies under the purview of the Securities and Futures Commission (SFC) as a new asset class. But the government does not specifically mention cryptocurrencies, non-fungible tokens (NFTs) or blockchain – only “virtual assets”.

While the term on its own may sound vague, the SFC has something very specific in mind when it talks about these assets. Here is a look at precisely what the SFC will be regulating and what the changes mean for crypto trading in Hong Kong.

At the most basic level, Hong Kong defines a virtual asset as “a cryptographically secured digital representation of value”. 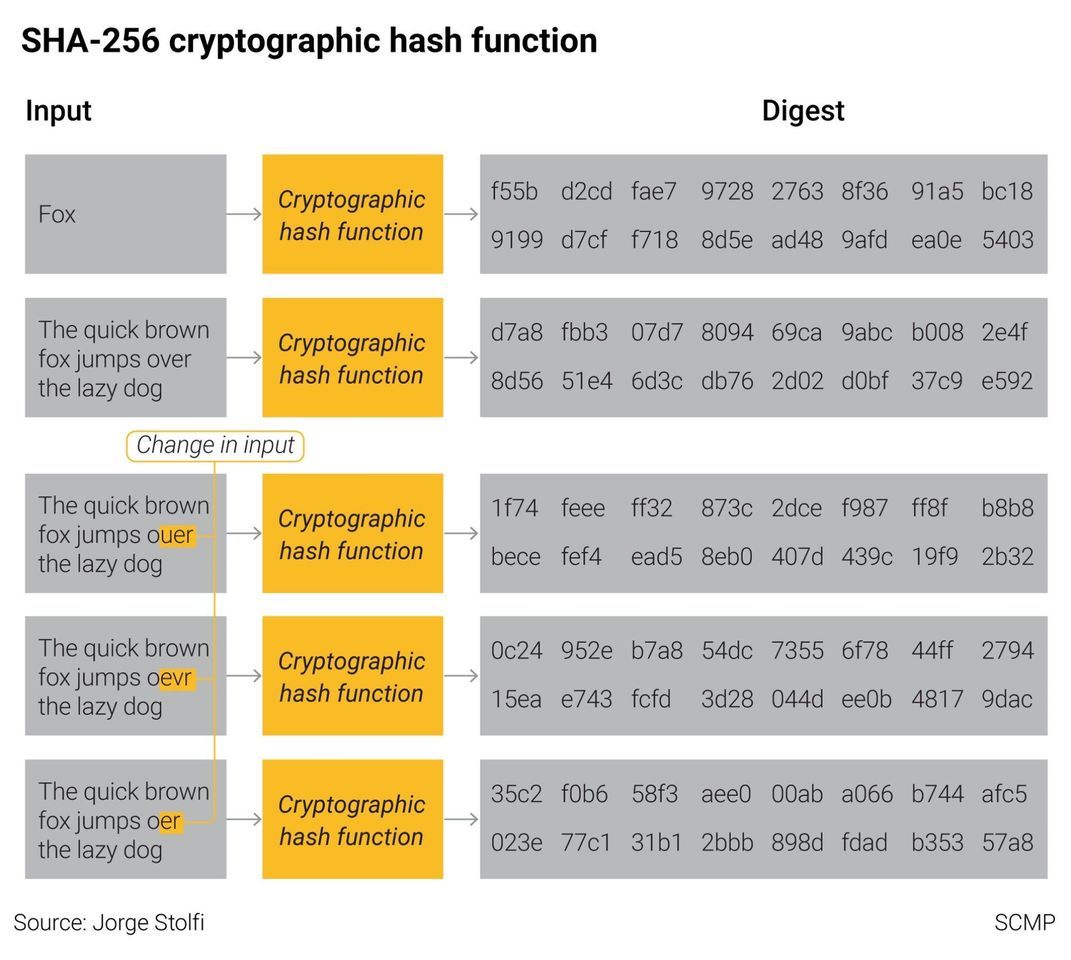 Cryptocurrencies are secured through hash functions like the SHA-256 algorithm depicted here. This converts data into values of a fixed size. Tokens secured this way could soon fall under the purview of the Securities and Futures Commission.

This is one of several attributes that the government specifies in its definition included in the amendment to the city’s anti-money-laundering law. While the document does not mention blockchain, this technology is widely understood to be the primary means of securing digital asset ownership by using cryptographic signatures on a public ledger.

This means that many NFTs and similar digital products could fall under the purview of the SFC once the amendment is passed. However, there are exceptions that could offer carve-outs for certain types of digital goods.

The amendment specifies that a virtual asset must either be used as a medium of exchange – whether for buying goods, discharging debt or investing – or provide the ability to vote on the management of affairs related to such assets. The latter point suggests that tokens granting rights for the governance of decentralised autonomous organisations (DAOs) also qualify as virtual assets even though they are not used as a medium of exchange.

However, there are some important exceptions. A “limited purpose digital token” does not qualify as a virtual asset in this amendment. This could be an important distinction for things like in-game assets secured using blockchain. Many people expect NFTs to play an important role in securing assets in the metaverse, and this could allow such products to be governed separately.

Additionally, a central bank digital currency does not qualify. In fact, no digital representations of value count under this bill if “issued by a government … or by an entity authorised by the government”, nor do funds stored in digital wallets.

Securities and futures do not qualify as virtual assets, either, but the SFC has been governing these related financial products separately since at least 2017. That year the SFC clarified that bitcoin does not qualify as a security and is therefore not regulated, but it does govern bitcoin futures.

When will the new rules go into effect?

The original proposal of the Anti-Money Laundering and Counter-Terrorist Financing (Amendment) Bill 2022 specifies that the licensing regime for virtual asset services would come into operation on March 1, but the government decided to push it to June 1, according to Joseph Chan, Undersecretary for Financial Services and the Treasury.

Chan said the Financial Services and Treasury Bureau submitted the bill to the Legislative Council in July and it is expected to come to a vote soon, hopefully by the end of this year.

“After listening to the feedback of the Hong Kong Association of Banks and other regulators, we decide to implement the effective date of the law change for the virtual asset licensing regime to be moved to June 1. This will allow more time for the industry to have sufficient time to prepare to comply with the new regulatory requirements,” Chan told the Post, adding that he also informed local brokers about the new effective date. 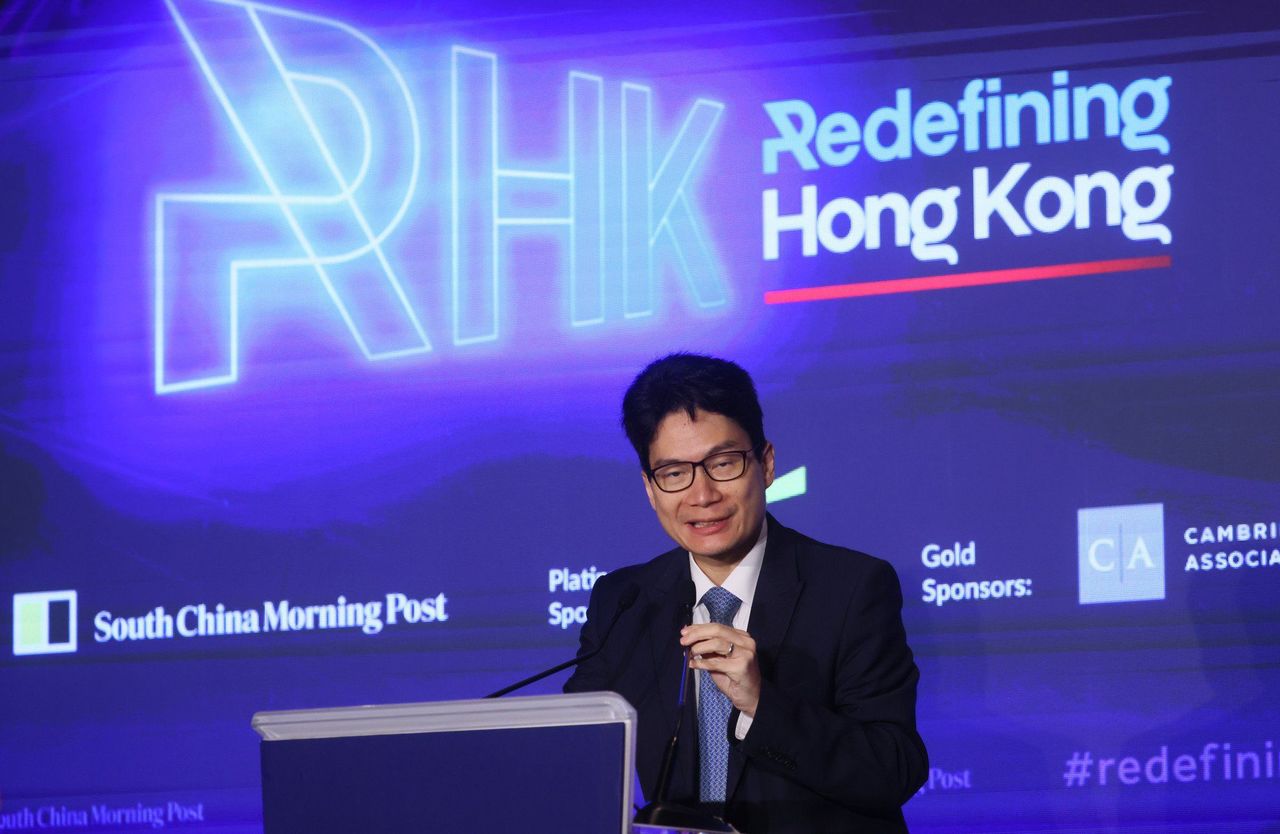 Joseph Chan, Under Secretary for Financial Services and the Treasury, speaking at the SCMP’s Redefining Hong Kong event on November 10, 2022.

Hong Kong has some minimal regulations for virtual assets that the SFC clarified in past years amid an explosion in the popularity of cryptocurrencies. However, such assets have largely been unregulated and the SFC has said that cryptocurrencies like bitcoin do not qualify as securities and thus fall outside its area of responsibility.

In 2019, the SFC introduced what it has described as a “regulatory sandbox” in the form of a completely voluntary licensing scheme. The idea was that exchanges could give clients peace of mind if they had a government license.

But to fall under the SFC, an exchange would have to issue at least one token that qualified as a security, which refers to a fungible financial instrument that typically denotes ownership of something else, such as stock in a company.

Once under the purview of the SFC, the government agency would be able to assess management of other aspects of the business, including the exchange of cryptocurrencies.

The catch was that the regulation limited exchanges to servicing professional investors, or those with portfolios of at least HK$8 million (US$1 million), to ensure that those trading cryptocurrencies could afford the large losses that may be associated with the volatile assets. 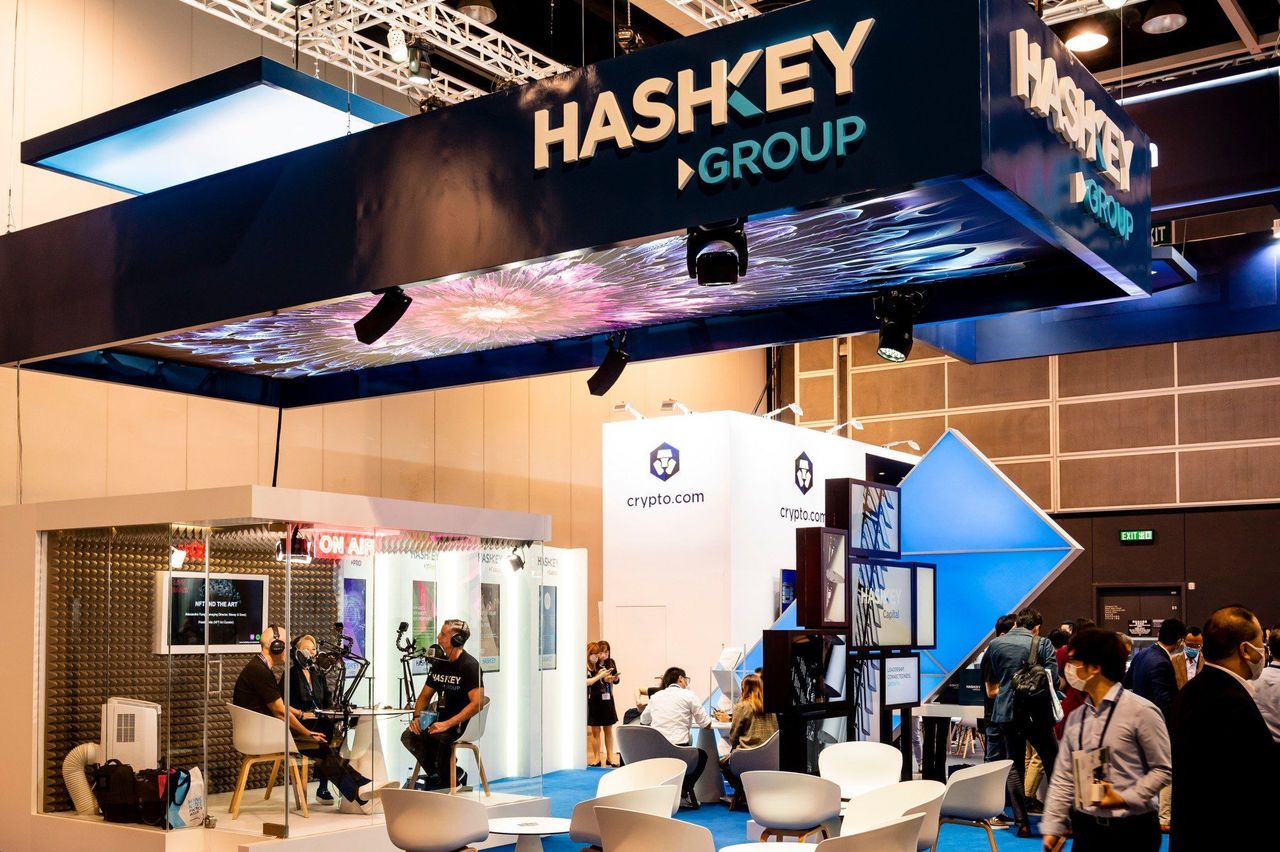 HashKey Group’s booth during the Hong Kong FinTech Week at the Convention and Exhibition Centre in Wan Chai on November 3, 2021.

Only two cryptocurrency exchanges opted to get the license – OSL in 2020 and HashKey Pro just this year.

Prior to this regulation, the SFC said in 2018 that portfolio managers that invest more than 10 per cent of a mixed portfolio in virtual assets are subject to certain rules, such as notification requirements for asset management services related to cryptoassets.

While options within Hong Kong for retail crypto investors have been limited in recent years, the opt-in licensing regime has meant that they have never been barred from buying and selling cryptocurrencies on unregulated platforms.

Unlike the 2019 regulation, the new licensing regime will require virtual asset platforms to meet a range of capital and investor protection measures set by the SFC.

The rules are not finalised yet and the SFC is still consulting stakeholders. The biggest change is expected to be allowing licensed exchanges to serve retail investors. Details on how retail participation will be allowed are still being worked out.

Other changes will bring virtual asset exchanges in line with the same anti-money-laundering, counterterrorist financing, and investor protection rules as those currently applicable to traditional financial institutions. 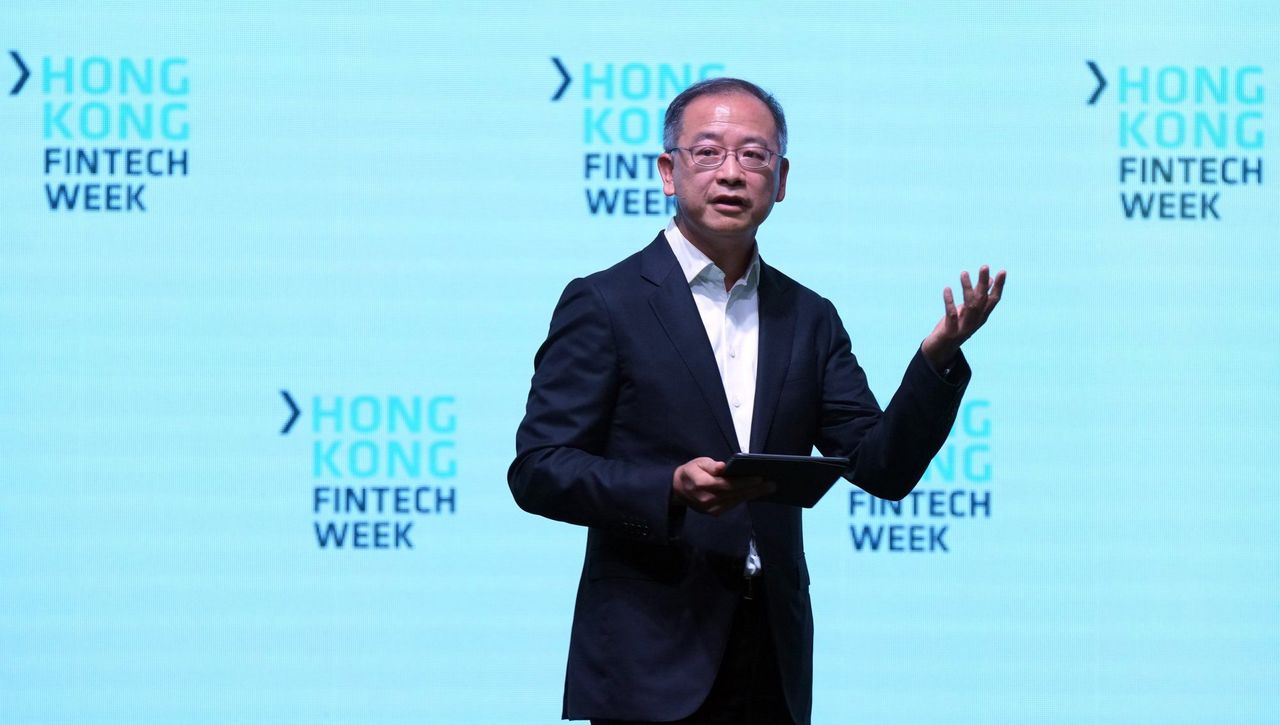 Chief Executive of the Hong Kong Monetary Authority (HKMA) Eddie Yue Wai-man delivers the Opening Keynote on the first day of Hong Kong FinTech Week at the Convention and Exhibition Centre in Wan Chai on October 31, 20222. Government-issued tokens like those for central bank digital currencies do not qualify as virtual assets to be governed by the Securities and Futures Commission under new rules currently under review.

The expected rules for licensing and financial reporting are included in a draft amendment to the anti-money-laundering law that has been released for public review.

As currently written, virtual asset platforms operating in Hong Kong will be granted a nine-month grace period to apply for a license, otherwise they must exit the Hong Kong market.

The amendment will also require platforms to comply with reporting requirements. Similar to other financial reports, VA platforms must detail profits and losses and liquid capital. Additionally, they must list all addresses for where they keep books and records related to asset clients.

Another benefit of the new rules is that banks will be able to offer clients access to virtual assets by partnering with licensed platforms, the government said in its October 31 announcement on the planned changes.

How will the new rules safeguard user assets?

New reporting requirements could help mitigate issues for which FTX was criticised before its collapse last month.

Bankruptcy filings showed FTX had a complex corporate structure spanning dozens of subsidiaries across several markets. A run on the exchange was also exacerbated by a liquidity crunch.

In addition to reporting requirements on liquid assets and addresses of where customer assets are held, platforms will be required to identify risks that could render them insolvent.

The SFC policy already requires licensed platform operators to have an insurance policy safeguarding investors against risks of hacking, but not risks of going out of business, according to Becky Tam, chief operating officer of virtual insurer OneDegree.

Hong Kong-based OneDegree is among the few insurers globally that provides coverage against hacking for institutional cryptocurrency custodians and exchanges that accept cryptocurrency deposits from investors.

Tam said the risk for investors in the case of FTX’s collapse is counterparty risk. “We may consider adding this element to our offerings in the future in accordance with the development and evolution of the cryptocurrency regulatory environment,” she said.