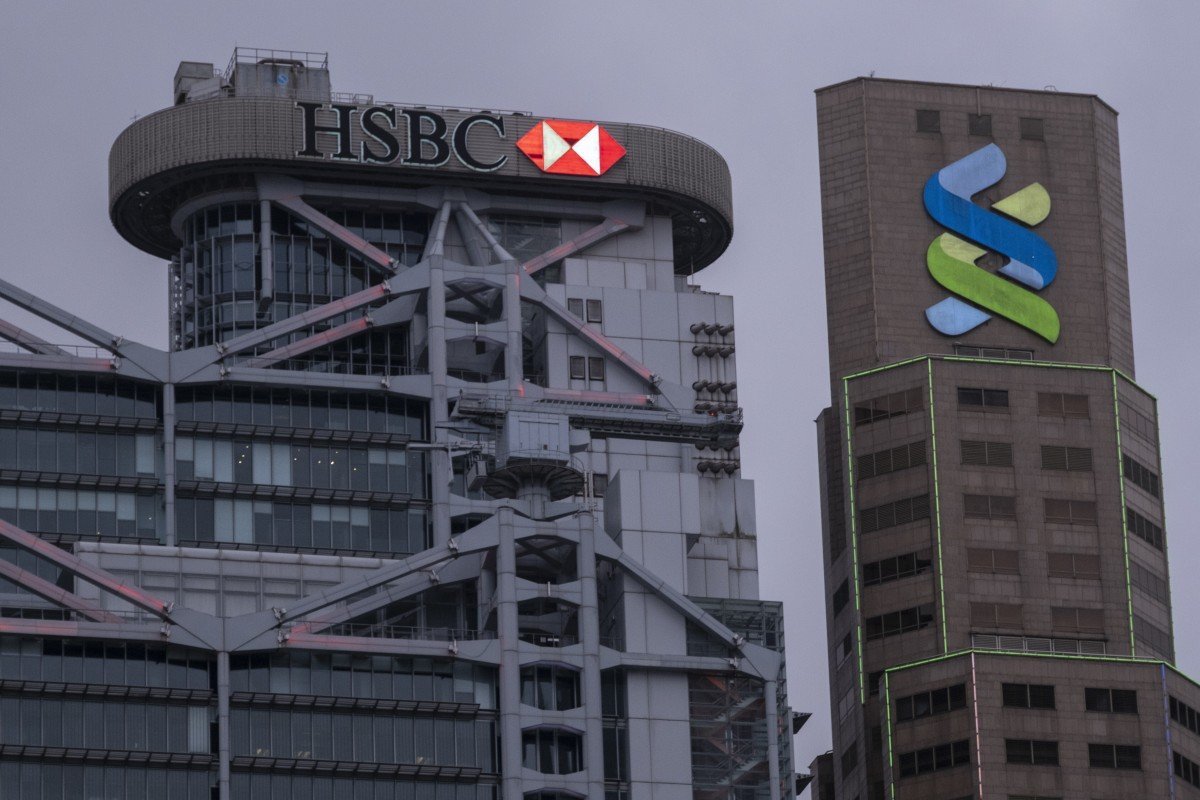 Standard Chartered and HSBC are considering more flexible working arrangements after their success during the coronavirus pandemic.

Demand for Hong Kong’s prime office space is likely to fall as some of the city’s biggest banks, including Standard Chartered and HSBC, are considering more flexible working arrangements after their success during the coronavirus pandemic, according to market observers.

Financial companies are some of the biggest commercial renters in Hong Kong, accounting for 73 per cent of the grade A office space in Central, according to third-quarter data from Knight Frank.

And vacancy rates are rising, likely to exceed 10 per cent in core areas of Hong Kong Island by the end of the year, according to Centaline Commercial.

Standard Chartered and HSBC, two of the city’s three currency-issuing banks, rent about 440,000 square feet (40,800 square metres) of office space between them outside their own buildings in Hong Kong, according to market sources.

“While we have been thinking through the issues around future workplaces for some time, it’s inevitable that recent events provided a catalyst,” said Tanuj Kapilashrami, group head of human resources at Standard Chartered.

From 2021, Standard Chartered plans to allow employees in nine markets, including Hong Kong, to apply for a formal flexi-working arrangement. That can include time split between Standard Chartered offices, at home or another premises, such as a co-working facility.

The bank has not set a target for how much office space it will need in the future as it moves to a hybrid working arrangement.

Bill Winters, Standard Chartered’s chief executive, previously said about 10 to 15 per cent of employees surveyed globally said they needed to be in the office every day, while the rest wanted a more flexible arrangement or to avoid the office all together.

“What does that mean in terms of the amount of real estate we need?” Winters said on November 4. “Possibly, we need half of what we have today.” 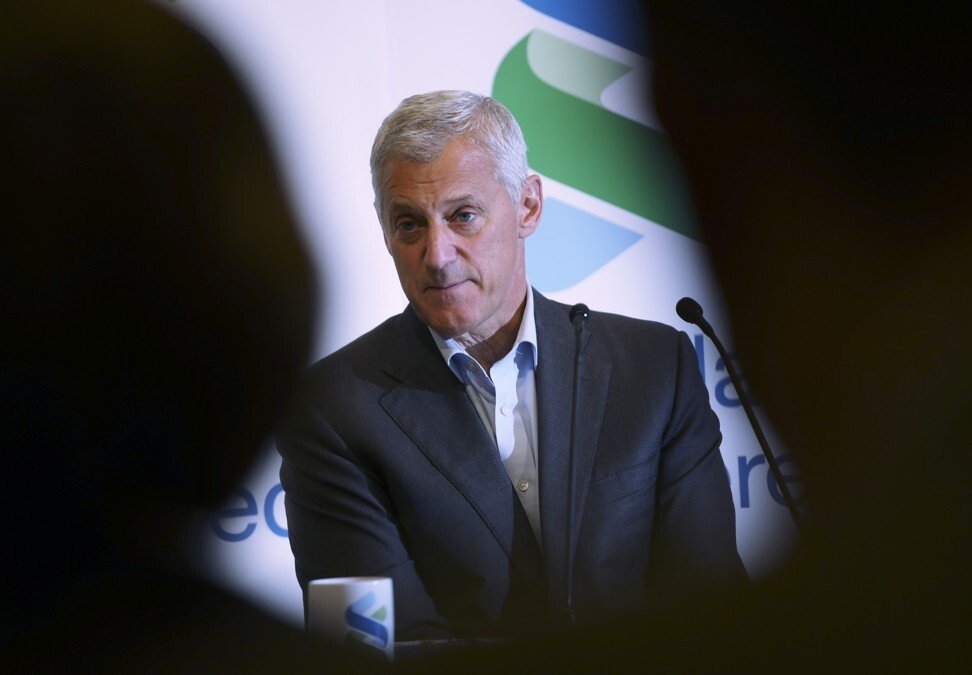 HSBC, meanwhile, is considering ways to digitise more of its operations and have more employees work from home in the future following the bank’s experience during the pandemic, according to Ewen Stevenson, the bank’s chief financial officer.

Typically in an office setting, an employee would require 200 to 250 sq ft, including conference rooms, according to one market observer.

But it is unclear how many employees at the city’s banks would be able to do their jobs from home. HSBC employs about 22,000 people in Hong Kong, while Standard Chartered employs about 6,000. 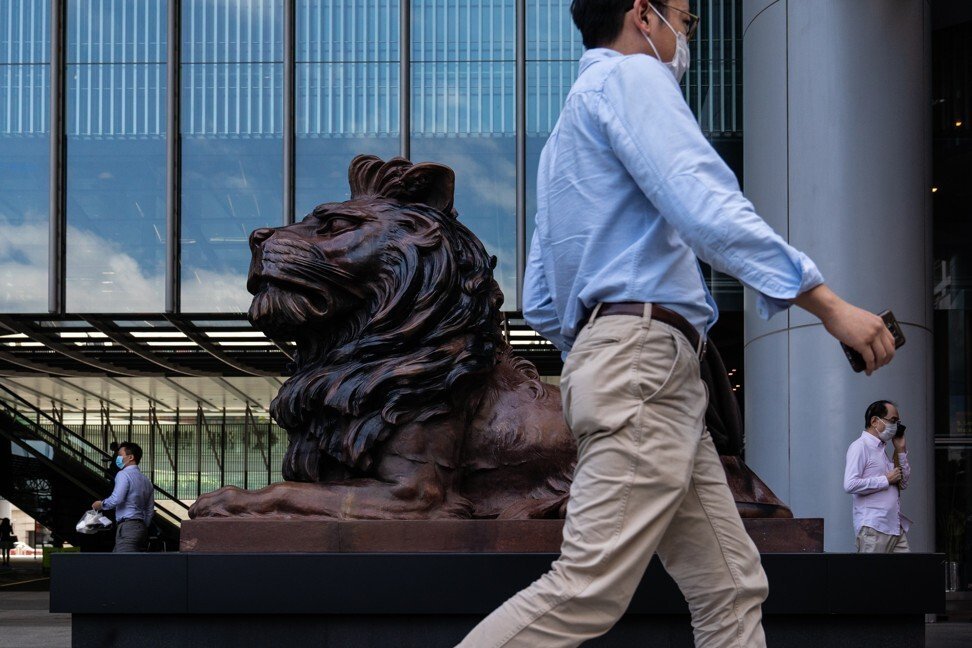 HSBC is considering ways to digitise more of its operations and expand the number of employees who work from home.

One American financial institution said that the extra space needed for social distancing was roughly cancelling out the room created by more flexible work-from-home arrangements.

One of its executives did note, however, that the future of its emergency redundancy sites across the city might be in question given this year has proven that staff could just as easily work from home.

Amy Lo, co-head of UBS Wealth Management for Asia-Pacific and head of its Hong Kong branch, said that alternative working arrangements are likely to become the “new normal”. She pointed to a recent survey by the Swiss bank where 80 per cent of her colleagues said they wanted the flexibility to work from home at least once a week.

This, she said, could cause banks to have a rethink about their office space needs.

While the coronavirus pandemic sparked the world’s biggest work-from-home experiment this year, some banks, such as Macquarie Group, have been practising flexible working globally for years. 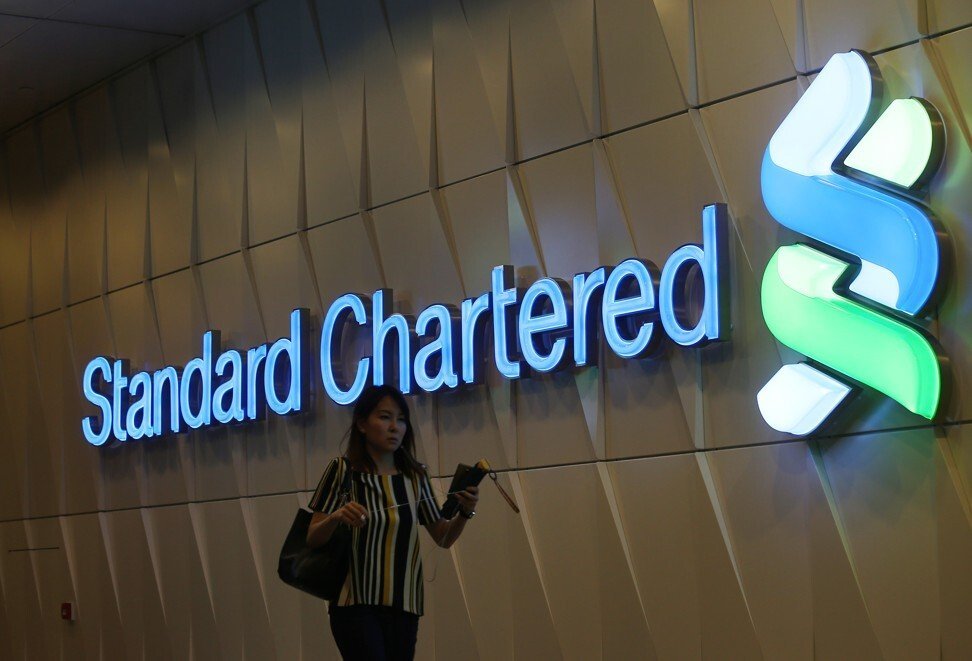 Standard Chartered employees in nine markets, including Hong Kong, will be able to apply for flexi-working arrangements next year.

As a result, Macquarie was able to easily adapt and is unlikely to downsize the Hong Kong office, according to a source close to the bank.

Some big financial institutions, including Nomura, Deutsche Bank and Westpac, were already reducing their square footage in the city ahead of the pandemic as they strived for more efficient use of space, executing previously announced restructuring plan or closing operations.

Nomura, for example, agreed to give up a floor that was used as a data centre at Two International Finance Centre after its lease expired last year, according to a person familiar with the matter. The release of the floor was unrelated to the pandemic or any flexible working plans, said the person, who was not authorised to discuss the matter publicly.

“As such, we expect the vacancy rate on Hong Kong Island to increase in the coming months,” said Martin Wong, associate director of research and consultancy in Greater China at Knight Frank. “The rental levels, particularly in the central business district, will continue a downward trend.”