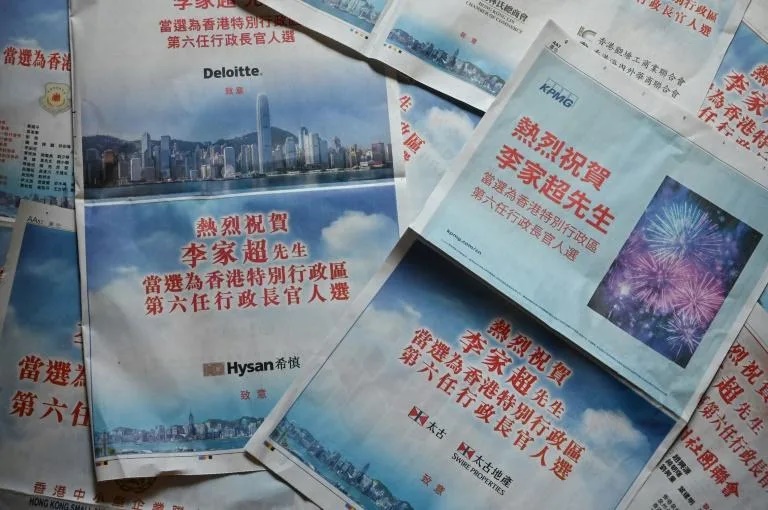 Western multinationals and local tycoons published newspaper adverts on Monday congratulating John Lee on becoming Hong Kong's next leader.
Lee, 64, a former security chief who oversaw the crackdown on Hong Kong's democracy movement, was anointed the business hub's new leader on Sunday in a near unanimous vote by a small committee of Beijing loyalists.

The majority were from Chinese and Hong Kong businesses as well as community organisations.

Western businesses have found themselves in an increasingly precarious position in Hong Kong, especially as geopolitical tensions have risen with China.

But they usually steer clear of any criticism of China's policies towards hotspots like Hong Kong, Xinjiang, Tibet and Taiwan.

Some companies such as HSBC, Standard Chartered, Swire and Jardine Matheson publicly backed Beijing's national security law, which was imposed on Hong Kong after 2019's democracy protests to curb dissent.

After the 2019 rallies Beijing responded with a crackdown and a new "patriots only" political vetting system that eradicated the city's once outspoken political opposition.

Lee faced no rivals and won 99 percent of the votes cast by the 1,461-strong committee that picks the city's leader -- roughly 0.02 percent of the city's population. Beijing hailed the process as "a real demonstration of democratic spirit".