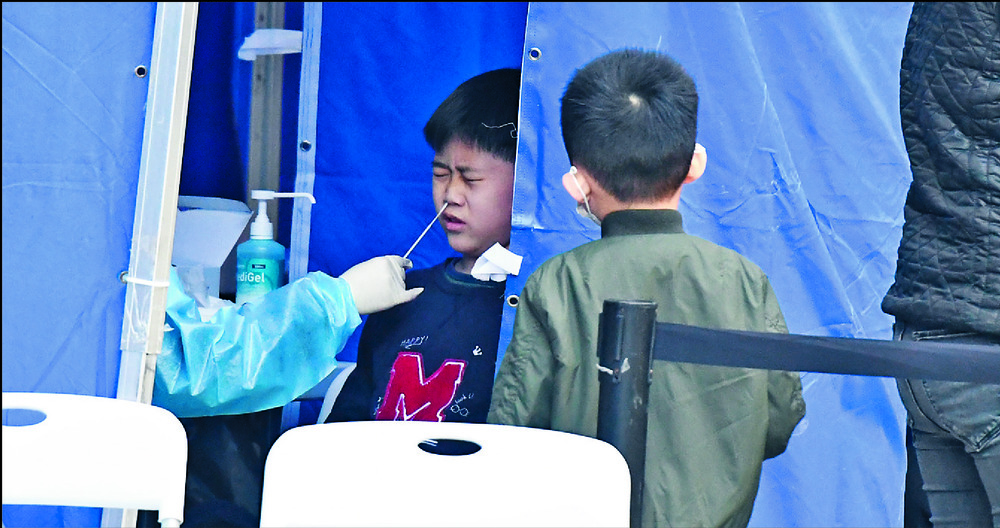 Welcome change as cases under 4,000

Hong Kong reported 111 deaths and 3,709 Covid infections yesterday, the first time cases dropped below 4,000 in over a month.
The Centre for Health Protection's head of communicable diseases Chuang Shuk-kwan said 1,832 of yesterday's cases were picked up in PCR tests and 1,877 in rapid antigen tests.

"The daily caseload has been decreasing but the number of infections remains high as thousands of cases are being recorded every day," Chuang said, adding she believes there are still "transmission chains in the community and we hope infections can further decrease."

So far in the city's fifth wave, over 1.15 million people have been infected, she said.

Of the 111 deaths, 96 passed away in public hospitals on Saturday, taking the city's death toll over the course of the fifth wave to 7,959 and the death rate to 0.69 percent.

Chuang said 96 percent of the deaths were among those aged 60 or above while 55 percent were among care home residents.

The mortality rate among unvaccinated patients is 3.19 percent while the death rates among patients who received one, two and three jabs are, respectively, 0.94 percent, 0.14 percent and 0.03 percent.

The Hospital Authority's chief manager for patient safety and risk management, Sara Ho Yuen-ha, said out of the 96 patients who died on Saturday, 90 were aged above 65.

Four of the comparatively young patients who died - three women and one man aged between 43 and 58 - were all suffering from cancer or serious illnesses, Ho said.

One of the deaths involved a 38-year-old woman who suffered from cardiovascular disease and an overactive thyroid. Though double-jabbed, she fell into a coma on March 1 after contracting Covid. Ho said her case has been sent to the coroner's court for investigation.

Currently, 10,009 patients are being cared for in public hospitals, Ho said, including nine in critical condition and 17 in serious condition.

Due to the decreasing number of cases, the pressure on public hospitals has eased, Ho said. However, Covid patients still take up half the beds in public hospitals, she noted, adding Wan Chai's Ruttonjee Hospital, Tai Po's Alice Ho Miu Ling Nethersole Hospital and Tsueng Kwan O's Haven of Hope Hospital will convert some floors into designated Covid zones.