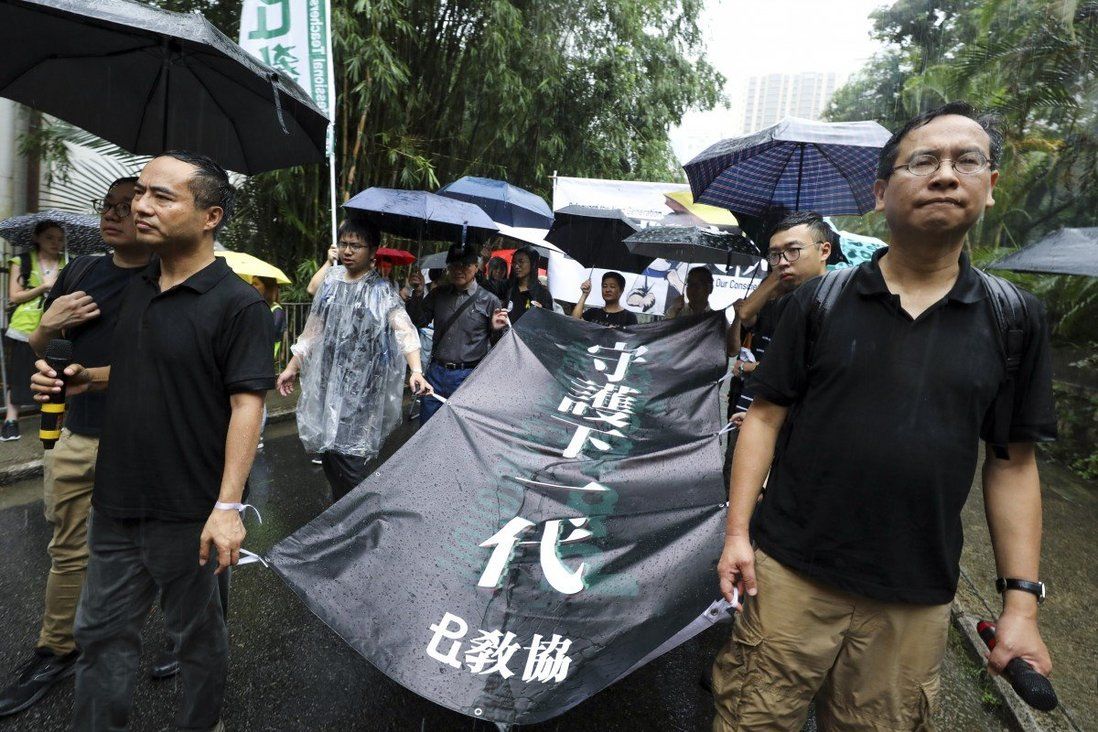 Professional Teachers’ Union says it was left with no alternative after Beijing called for opposition-leaning group’s removal over its 2019 protests role.

Hong Kong’s biggest teachers’ union has announced its disbandment, the political bombshell coming days after education authorities formally severed
ties with the opposition-leaning group and warned that law enforcement could “take appropriate action” against it if necessary.

The embattled Professional Teachers’ Union (PTU), which has some 95,000 members, declared on Tuesday that it was left with no other option after being attacked by Beijing through state media as a “malignant tumour” that should be removed over its active role in the anti-government protests of 2019.

“In recent years, there have been big changes to the social, political and economic environments,” said PTU president Fung Wai-wah, flanked by several committee members at a press conference in their Mong Kok office.

“Especially in recent weeks, the situation has become worse. As of now, we do not see a future ... We have decided to disband. We shall start the process of disbanding.”

The 48-year-old union decided to call it quits after education minister Kevin Yeung Yun-hung on Saturday urged the city’s teachers to “thoroughly rethink” their relationship with the PTU, while his bureau said it would no longer be recognised as a professional organisation.

That came after a pledge by Commissioner of Police Raymond Siu Chak-yee last week to “definitely investigate” the union for any potential national security violations.

“We have gone through, with many residents, Hong Kong’s historic moments,” Fung said. “We face huge pressure. Although we have tried to find new ways to continue our work, we regret that we have failed to find a workable option to ease the crisis this time.

“We aim to disband in an orderly and reasonable manner. We shall call an extraordinary members’ meeting ... We hope to take care of the rights of some 200 staff members ... make financial arrangements and dispose of properties and assets properly.” 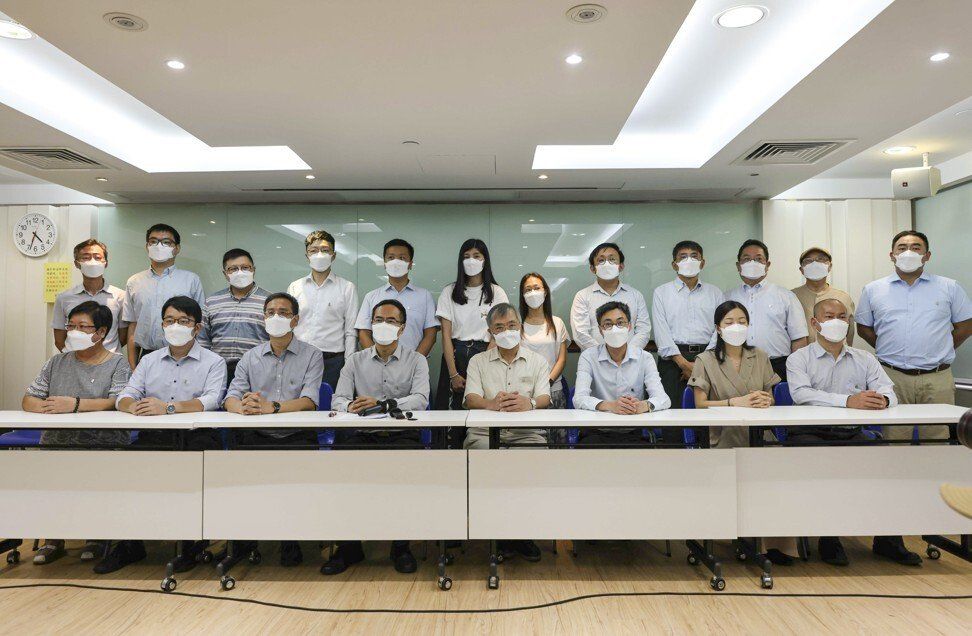 The PTU announces its closure plans at a press conference on Tuesday.

The PTU did not give an estimate of the total worth of its substantial assets, or specify whether a liquidator would be appointed to sell them off, but Fung said it would take until the end of the year to wind up with the help of financial experts and auditors.

It has reported an annual turnover of HK$300 million (US$39 million), boosted by revenue from two supermarkets it owns, along with properties in Good Hope Building and Chung Kiu Commercial Building in Mong Kok, and Wing Tak Mansion in Causeway Bay. In April, it spent HK$59 million on three commercial building units in San Po Kong.

Fung promised that all staff made redundant would be properly compensated, while the union would discuss with partners the prospect of continuing some of its services, such as the medical centres the group ran under its welfare programme.

“Some services, like supermarkets, will continue until the stocks are sold. The sale of our properties may take some time,” he said when asked about a timetable.

“Members’ records will be destroyed in due course. Their personal data will not be disclosed … It is a difficult decision. I hope our members can understand our difficulties.”

An Education Bureau spokeswoman declined to comment on the PTU’s shock announcement, saying only that it would have “no impact” on the bureau’s work. 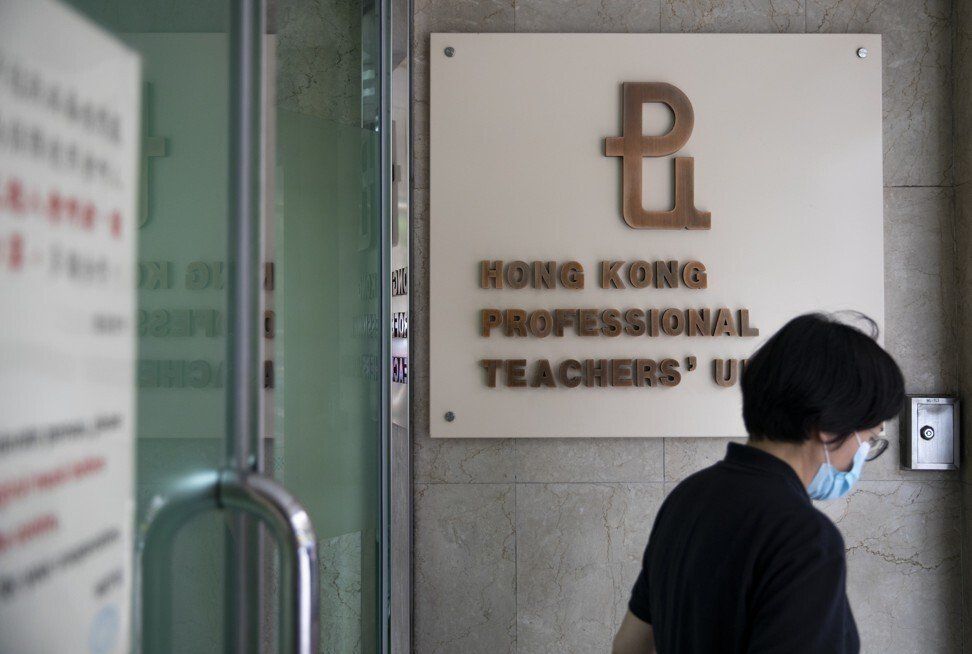 The government would continue to work with “deserving professional education groups” and communicate with school heads and teachers to facilitate the sector’s development and nurture students’ growth, she added.

The PTU took several conciliatory steps under pressure last week, including launching a working group to raise awareness of Chinese history and culture among teachers and pupils.

The union also withdrew from Brussels-based group Education International last Wednesday after pro-Beijing newspaper Ta Kung Pao slammed the PTU for joining the federation’s call for the Hong Kong government to respond to protesters’ demands during the 2019 social unrest.

Fung on Tuesday said breaking up the union was the “best option available” under continuing pressure. He said members had discussed other options but did not specify what they were. 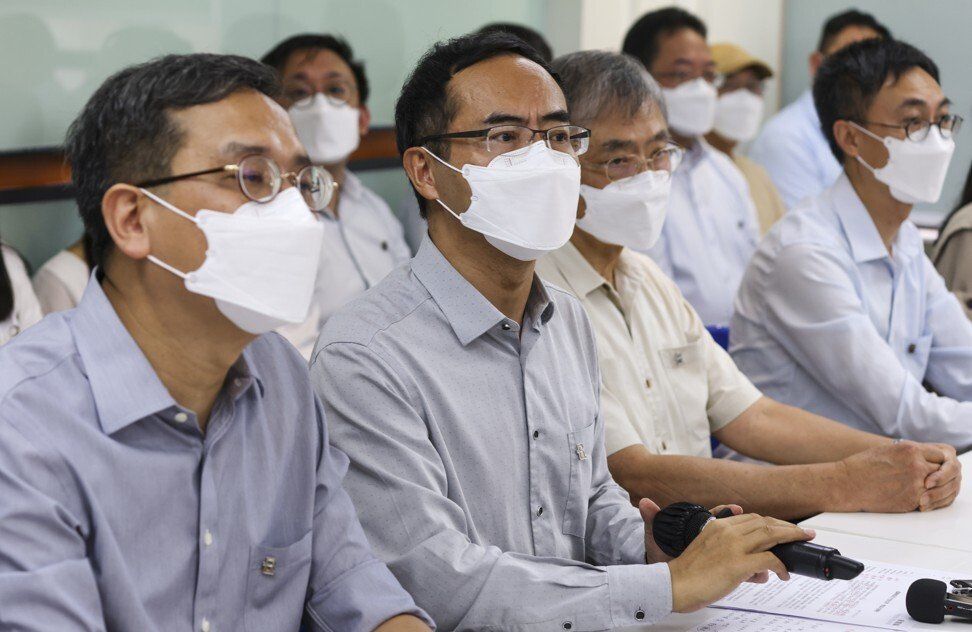 The union would not comment on or be involved in social events any more, he said, and it would be up to individual members to decide whether to take part in politics in the future.

Officials and pro-establishment figures have strongly criticised the PTU over the past decade for its open involvement in political activism.

During the 2014 Occupy movement for universal suffrage, the PTU called for a strike after riot police fired tear gas to disperse student demonstrators for the first time on September 28 that year. 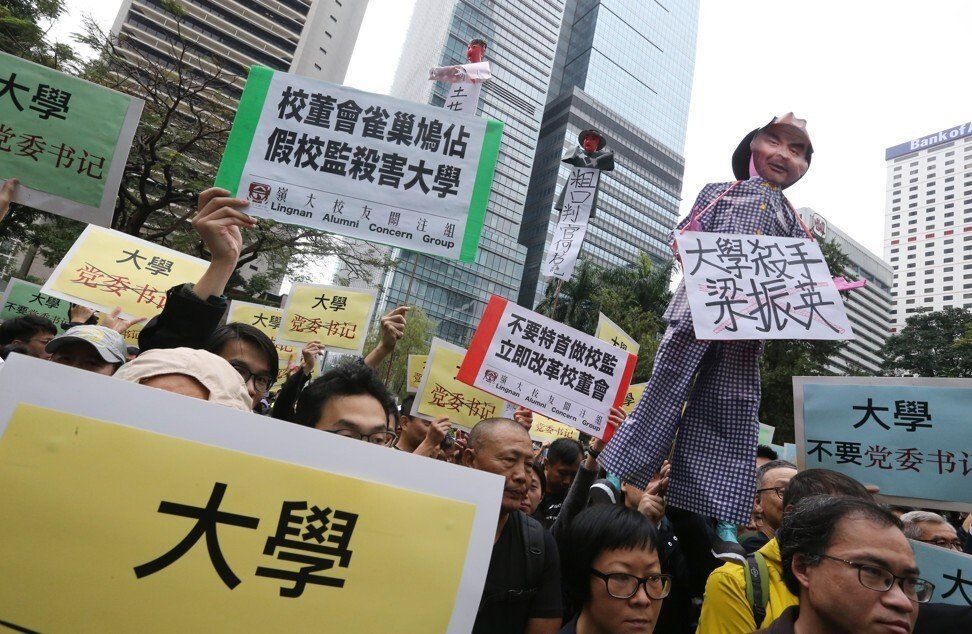 PTU members were among those protesting against Arthur Li’s appointment as University of Hong Kong council chairman in 2016.

In June 2019, the group urged teachers and pupils to skip classes following clashes between police and protesters, who had taken to the streets over the since-withdrawn extradition bill that sparked a wider anti-government movement.

Chief Executive Carrie Lam Cheng Yuet-ngor has remained tight-lipped on whether the PTU could be outlawed, after accusing the group of “hijacking the education sector”, and sowing “anti-government” and “anti-Beijing” sentiment among pupils.

As news of the PTU’s decision spread on Tuesday afternoon, dozens of members gathered outside its Mong Kok centre, while its supermarket was busier than usual with shoppers showing their support. 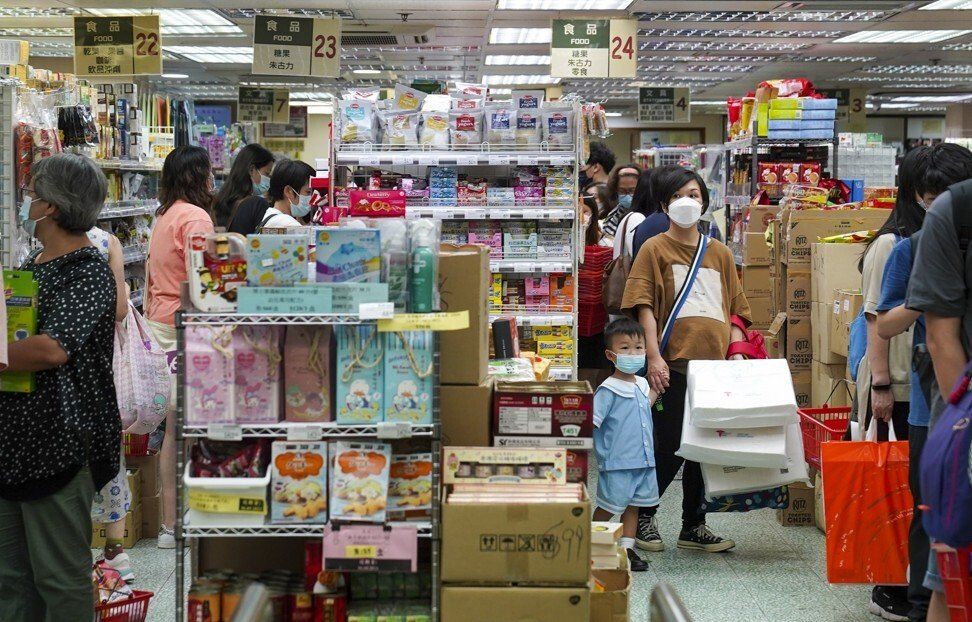 Footfall was up at the Mong Kok branch of PTU supermarkets following the announcement.

The PTU is the latest group to be targeted by both the Beijing and local governments in a continuing overhaul of key sectors ranging from politics to education, citing the need for reform to prevent any repeat of the chaos of 2019.

The Education Bureau on July 31 declared it would no longer recognise the union and stripped it of its status as a professional group, just hours after the official Xinhua news agency and Communist Party mouthpiece People’s Daily ran simultaneous articles branding it a “malignant tumour” that must be eradicated.

The bureau said the PTU’s remarks and actions in recent years rendered it “no different from a political body in essence”, citing its past participation in the Civil Human Rights Front – organiser of the city’s annual July 1 march and some of 2019’s biggest protests – and an alliance behind the city’s yearly Tiananmen Square vigil.

Amnesty International on Tuesday called the PTU’s demise “a disturbing development for other unions still operating in the city”.

“This assault on the PTU also highlights the rapidly shrinking space for freedom of expression in Hong Kong’s schools and universities,” said Joshua Rosenzweig, head of the NGO’s China team.

An assistant principal at a subsidised secondary school and a PTU member for about 10 years, surnamed Chan, said while he was “disappointed” about the union’s dissolution there was little scope for it to continue representing the sector’s workforce.

“Is it now the case that if a group is not liked by the authorities then they must be eliminated?” he added.