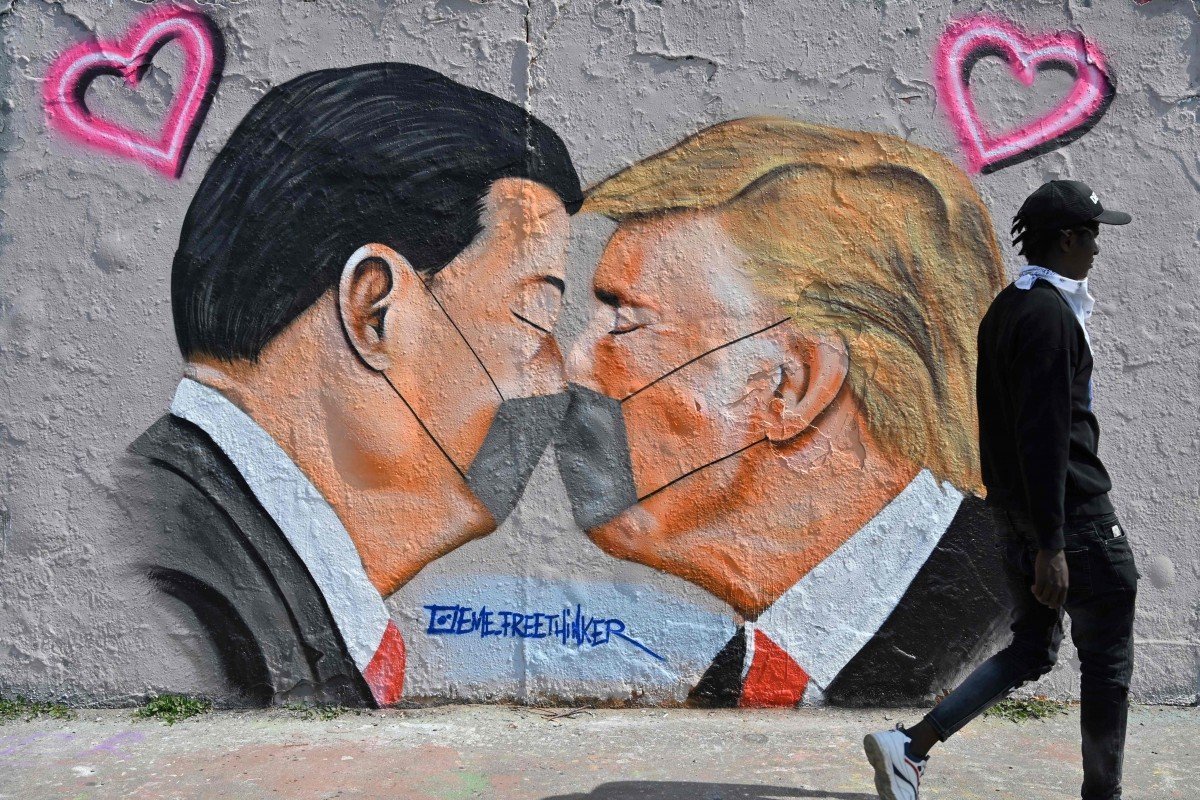 As others turn towards Chinese-style state capitalism to save the global economy, ‘we’re all socialists now’

There is a grudging recognition that the state’s role has to be accepted and even strengthened to avoid economic collapse, as governments take stakes in companies and central banks buy up debt in a ‘socialisation of finance’

The phrase “we're all socialists now” is being heard often, of late, as the state rides to the rescue of everything from overloaded health care systems to distressed financial systems. Yet the implications of growing state involvement in business and finance are perhaps not fully appreciated.

Chinese-style state capitalism could end up scoring more points as a model for sustainability than market systems that are prone to frequent crises (for which blame cannot always be laid at the door of the coronavirus). Dealing with the latest crisis is going to require a hefty injection of socialism.

It was British chancellor of the exchequer and liberal politician Sir William Harcourt who reportedly first used the phrase “we’re all socialists now” in the 1880s, and US president Richard Nixon who supposedly adapted it a century or so later to suggest that “we’re all Keynesians now”.

To have socialist or Keynesian inclinations has long been seen by free-market champions as something deserving of suspicion and scorn. A grudging recognition is forming now, however, that the role of the state has to be accepted and even strengthened to avoid an economic collapse.

There have been striking recent illustrations of this fact lately. One is what veteran Japan financial analyst Jesper Koll (among others) describes as the growing “socialisation of finance” as central banks around the world buy up vast chunks of debt from banks and financial institutions.

Much of this debt will, in all probability, have to be converted into equity as a badly hobbled global economy makes it difficult, if not impossible, for debtors to repay loans. Whether that equity continues to be held by central banks or is transferred to state holding companies, it becomes “socialised”.

Government stakes in high-profile US firms such as Boeing (where management is resisting but will probably have to cede equity) or Germany's Lufthansa are only the tip of a mountain of state ownership that already exists in business and industry, and the mountain will almost certainly grow larger.

Another revealing development was the recent publication of a comprehensive analysis by the International Monetary Fund of the remarkably extensive role played by myriad state-owned enterprises, not just in places such as China but around the world, in emerging and advanced economies alike.

As the report (part of the IMF's Fiscal Monitor series) points out: “Over the past decade, state-owned enterprises (SOEs) have doubled in importance among the world’s largest corporations: at US$45 trillion, their assets are now 20 per cent of the total.”

“SOEs are present in virtually every country – numbering in the thousands, for instance, in Germany, Italy, and Russia. The recent growth of SOEs on the world stage primarily reflects the rise of China’s economy – where SOEs still play a large role – along with other emerging market economies.”

Those other emerging market economies include India, Indonesia, Malaysia, Vietnam, Russia, Saudi Arabia and the United Arab Emirates. SOEs, as the IMF says, “operate in virtually every country in the world [and] provide goods and services in almost all sectors of the economy”.

They “often deliver basic services such as the water people drink, the buses they ride, and the electricity needed for daily life”. They are also prevalent in key sectors such as banking, utilities and transport and “manufacture everything from shoes to locomotive engines”.

The largest non-financial SOEs include China National Petroleum, Volkswagen, Saudi Arabian Oil Company and Russia’s Gazprom and Rosneft, which nowadays form part of a large and growing category of state-owned multinational enterprises, which have become prominent in global markets.

Some SOEs are essentially an arm of government, while others have a mix of public and private ownership and a strong commercial focus. So great is the size and diversity of SOEs and variations in ownership by central and local governments that many “do not know all the SOEs they own or control”.

Yet, compiling an inventory of state-owned enterprises and government stakes in business would seem an overdue exercise. Taxpayers need to know what is owned in their name so they can be recognised as being in effect shareholders.

The IMF strives to appear ideologically neutral with regards to SOE merits and demerits. While noting that SOE productivity often falls short compared to private sector firms, it suggests that the “weak track record reflects government failures in many countries to establish proper incentives”.

The IMF makes the very reasonable suggestion that governments need to be transparent with regard to their financial relationships with SOEs and to ensure, via regulatory agencies, that SOEs are equally transparent about their business operations.

Reforming SOEs rather than vilifying them as dinosaurs of state capitalism seems the sensible way forward as they gain greater prominence on the international stage and as their ranks are swollen by post-Covid 19 government rescue operations. After all, “we're all socialists now”.