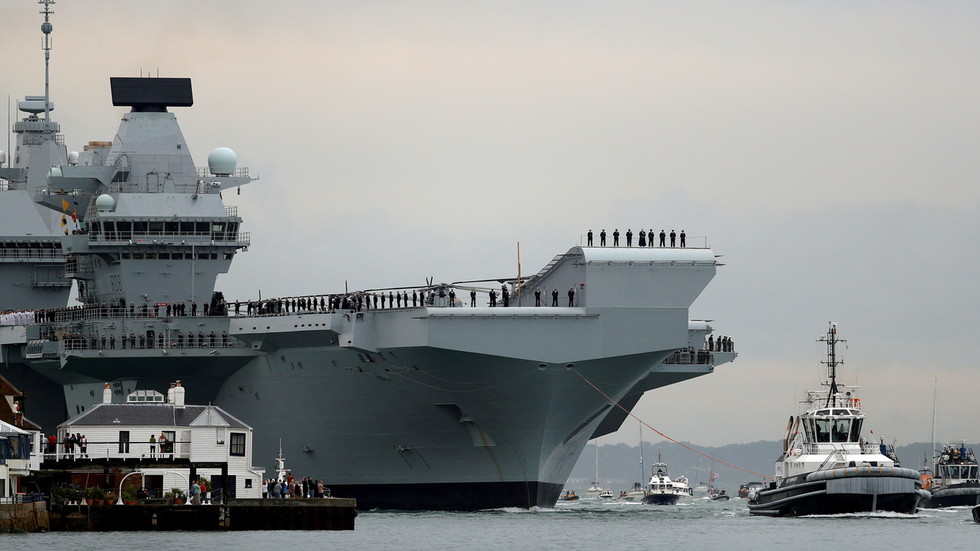 The United Kingdom has announced plans to permanently deploy a fleet of naval vessels to Japan, sailing through the South China Sea, as Western countries increase engagement in the Pacific region.

The UK announced on Tuesday that it will be permanently deploying two naval vessels to waters surrounding Japan later this year ahead of the HMS ‘Queen Elizabeth’-led aircraft carrier strike group’s arrival in Japan.

“Following on from the strike group’s inaugural deployment, the United Kingdom will permanently assign two ships in the region from later this year,” UK Defense Minister Ben Wallace said in Tokyo at a joint press conference with his Japanese counterpart, Nobuo Kishi.

"We will respect China and we hope that China respects us. We will sail where international law allows."

Wallace stated that the British vessels will not be specifically based at a Japanese port but will patrol the surrounding waters.

Japan is a strategic partner of the UK and the US, participating in joint military drills and hosting the largest concentration of American troops outside of its own 50 states.

The Royal Navy’s largest warship, the ‘Queen Elizabeth’ aircraft carrier, alongside its UK strike group, is due to arrive in Japan in September to participate in joint exercises with Tokyo’s Self-Defense Forces. The move, presented by Kishi and Wallace on Tuesday, is designed to counter China’s territorial activities in the region.

The ‘Queen Elizabeth’ is currently escorted by Royal Navy destroyers, frigates and support vessels, as well as US and Dutch vessels. It’s not yet known if those nations will join the UK in a permanent deployment to the region.

The South China Sea and nearby waters have been the site of heightened tensions between Beijing, neighboring countries and Western nations.

China has remained firm that it has territorial sovereignty and maritime rights in the South China Sea, accusing the West of engaging in “extremely irresponsible” behavior and seeking to “deliberately provoke controversy.” Western countries have claimed China’s ‘nine-dash line’ territorial argument is “unlawful” and argued they are protecting “international law of the ocean.”

The UK’s newly announced deployment through the South China Sea marks the second time in recent months that the nation has stoked tensions by claiming it is sailing through territorial waters “in accordance with international law.” Back in June, the Russian Ministry of Defense fired warning shots at the Royal Navy’s HMS ‘Defender’ after it sailed into the Black Sea on a similar mission. While the UK argued its entry was justified, Russia called it a “flagrant violation of international norms” and warned it could “provoke a serious conflict.”