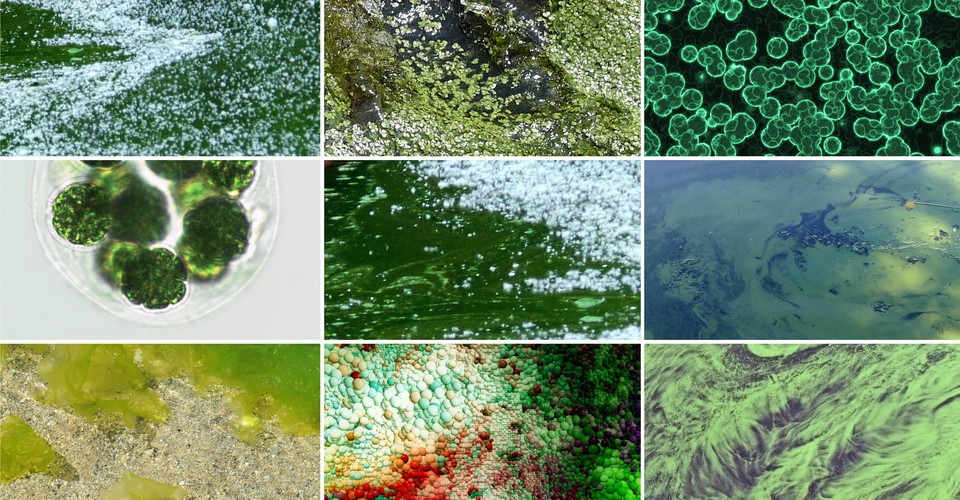 We Know Almost Nothing About Giant Viruses

An enigmatic group of microbes seems to have an unusual new ability.
In garden ponds and in oceans, in desert soil and in industrial water-cooling towers, matters of life and death are playing out unseen by the human eye. Here, giant viruses prey on single-celled hosts such as amoebas or algae. This microscopic bloodbath can happen on such a large scale that massive algae blooms visible on the ocean surface turn white, as dead algae fade to reveal their colorless skeletons.

Giant viruses, a group discovered only in 2003, are mysteriously large and complex, seemingly between bacteria and the tiny, simple viruses of classical biology. Scientists still don’t know much about what giant viruses do, other than kill amoebas and algae. Leave it to viruses, however, to keep surprising us: Giant viruses don’t just kill their hosts. In some cases, according to a recent study, they can keep their hosts alive and become part of them.

A couple of years ago, Monir Moniruzzaman, a postdoctoral researcher at Virginia Tech, was trying to unravel the evolutionary history of giant viruses. He stuck a particular viral gene into a large genomic search engine to scrounge up similar viruses, which he would then assemble into an evolutionary tree. To his surprise, his top match wasn’t a virus at all: It was algae.

As he kept searching for more viral genes and kept getting more algae hits, he and his adviser, Frank Aylward, noticed a strange pattern. The viral genes in the algae samples had been subtly altered, as if they were being passed down from generation to generation as part of the algae genome.

Giant viruses weren’t simply infecting and killing algae, it seemed; sometimes, they were integrating their DNA into the living algal cell’s DNA.Moniruzzaman and his co-authors ultimately found evidence of giant viruses integrating into 24 of the 65 genomes of green algae they studied. “It just kind of just blew up. We didn’t realize it was so common and happening to such extent,” Moniruzzaman says. In one alga, Tetrabaena socialis, a full 10 percent of its genes came from giant viruses.

All of this suggests that giant viruses play an important role in driving the evolution of their host species—not just by preying on the weak but also by supplying new genes. “We have a tendency to always think of viruses as being detrimental, especially now,” during a pandemic, says Chantal Abergel, a virologist at the French National Centre for Scientific Research who was not involved in the study.

But virus-host relationships can be more complicated. A group of viruses called retroviruses, for example, integrated into the genomes of human ancestors long ago, and its genes are now used to create the placenta during pregnancy. Integrated giant-virus genomes might serve as a similar source of new genes for their single-celled hosts.

What’s unusual about the giant-virus integrations is how big they are. Giant viruses are physically bigger than conventional viruses, and their genomes are substantially longer and more complex. The largest giant virus has a genome of a whopping 2.5 million base pairs. (In comparison, the genome of the coronavirus that causes COVID-19 is only about one-80th as long.) “Just the size of some of these integrations is remarkable,” says Curtis Suttle, a virologist at the University of British Columbia, who was not involved in the study.

The integrations may have occurred during persistent infections, which scientists have sometimes observed with giant viruses they grow in their labs. In these cases, the giant virus never quite overtakes the cell to kill it, but the cell also never manages to clear the virus. They exist in some sort of equilibrium. Perhaps during one of these long-term infections, the giant virus managed to paste its genome into the cell’s.

Moniruzzaman and Aylward found several changes in the viral genes in algae cells to suggest they were being passed down through the generations, and were not just contamination from a transient infection. Most tellingly, the viral genes contained “introns,” special sequences found only in complex cellular life, as if the algae had added them so those genes could be expressed. “It looked like the genes had actually been split in two,” Aylward says. Other molecular signatures—like specific patterns of DNA base pairs—also suggested that the viral sequences belonged to the algae genome.

“This is a very convincing picture,” says Matthias Fischer, a virologist at the Max Planck Institute, who was not involved in the study. Moniruzzaman’s study cannot prove that the viral genes serve any function in the algae; a natural follow-up experiment would study whether the viral genes are turned on in the algae or whether they simply lie dormant.

Much remains unknown about giant viruses as a group. On the basis of the few pieces of the giant-virus puzzle already put together, Suttle estimates that scientists have cataloged only “a small fraction of a percent” of the diversity out there. “So almost nothing,” he adds.

Moniruzzaman is now looking for more examples of DNA integration across a broad swath of single-celled organisms, such as fungi and protists, that also might be infected by giant viruses. “The eye-opener from this study,” says Fischer, “is that again we were limited by our own expectations.” No one had ever expected that giant viruses could integrate into host genomes, so no one had ever looked.
#COVID-19  #Covid  #Coronavirus
Add Comment