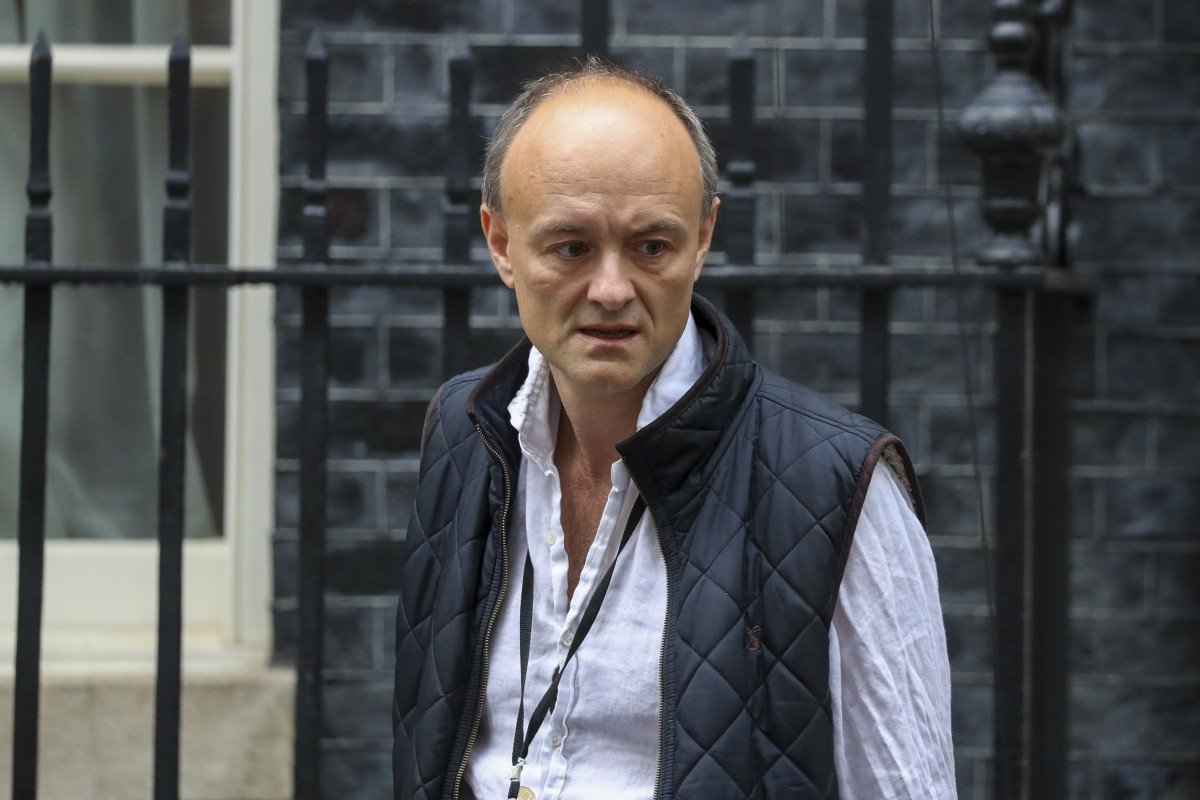 Not just Brexit, but all of the world’s ‘wicked problems’ need creative solutions

A blog post by Boris Johnson’s chief adviser inviting ‘weirdos and misfits’ to get involved in government policymaking reflects a yearning in many societies for solutions to the intractable problems we face, such as inequality and climate change

If you think the world is being thrown into chaos by tweets, look instead at blogs, which reflect the thinking behind the policymaker. Having helped Boris Johnson win the ‘Brexit elections’, special adviser Dominic Cummings has stirred up a hornet’s nest with his blog post on looking for out-of-the-box thinkers – including “weirdos and misfits” – to help Britain change.

In the “Guiguzi” collection of treatises on Chinese political strategies dating back to the Warring States era, it is said that to understand a ruler, you should look at his closest advisers. United States President Donald Trump may have fired Steve Bannon, but the former strategist is Trump’s real Svengali, able to articulate consistently what Trump is thinking and acting on.

Any leader with a mandate for change faces huge resistance from vested interests who think the status quo is best. His or her advisers are therefore lightning rods for controversy, a test of which way the winds blow.

People want change – from what is being preached and what is being delivered. Almost every community, city or state is facing the same problem worldwide – from Hong Kong to Iran, Britain and the US.

Brexit showed the British do not like Brussels bureaucracy and want their sovereignty back. Hong Kong’s protesters do not like Chief Executive Carrie Lam Cheng Yuet-ngor but do not know how to make her deliver the policies they want. These are understood by management consultants and social planners today as “wicked problems”.

In the 1970s, system engineers and social policy experts identified wicked problems as those that defy simple solutions. These problems will not go away and any solution is reflexive because it depends on how the problem is framed and vice versa. There is no obvious solution because stakeholders have radically different world views for understanding the problem.

What is worse, those best positioned to address the problem are often those who caused it. Not only that, but they also have the least incentive to act quickly.

This is particularly true for both social inequality and climate change. The rich produce the most carbon emissions, create policies that benefit the 1 per cent, and control the media. Yet, as a group, they are also most critical of any policy that affects their interests and most supportive of any policy that resists change.

Unfortunately, the longer it takes to address the problem, the more complex and harder to solve it becomes. Wicked problems cannot be solved by standard or known methods; they demand creative solutions. But existing agencies and vested interests will not think out of the box.

Indeed, almost everyone will have an opinion on why the solution offered is wrong. Only if it proves successful will they say it was right all along; if it fails, as it often does with wicked problems, then the knives are out for the reformers.

No wonder Cummings wants creative thinkers and doers willing to act unconventionally, if only to shake the complacency. He knows every politician has only a narrow honeymoon period, after which you can no longer blame previous leaders. Leaders own not only past wicked problems but also the wicked consequences of their policies.

There are three ways to tame wicked problems: authoritative, competitive and collaborative. In the first way, the responsibility for solving the problem is vested in the hands of a few. This is a reductionist approach that seemingly simplifies the problem, but in fact suffers a lack of perspective.

The competitive choice seeks opposing views and solutions, often ending up with a market-based solution. But it also risks an adversarial environment and gridlock.

The collaborative strategy, preferred by most moderates, is where everyone works together to find the best possible solution for all stakeholders. Unfortunately, with societies polarised, getting people to sit down and talk is itself a wicked problem.

Something has got to give. Wicked problems are sometimes solved by a bigger problem, created to divert attention or generate new resources. Julius Caesar solved Rome’s toxic politics by invading Gaul and Egypt, winning new resources for the empire and strengthening his political and military power. But as Iran is finding, the threat of war may unify the people but it will not put more food on the table.

Tweets do the signalling, but blogs offer alternative ideas that can test the waters on what and how different people think.

You may or may not agree with Cummings, but every community needs someone like him to offer provocative ideas for change.

The alternative is to suffer post-traumatic stress disorder, which, according to recent research, could be affecting nearly one-third of Hong Kong adults after months of protests and riots.

Leaders of all communities have to sometimes make tough choices that cannot please everyone. Genghis Khan understood that you can conquer the world on the back of a horse but you cannot rule from it. Mobs and violence can change order but cannot create it.

If we do not tame the wicked problems of our age, we risk a repeat of the 1930s – a Great Depression and war. Community leaders have to consider the alternatives – compromise and muddle through, or accept solutions that may be extreme but for the best for now. No solution is final, however – the solutions themselves can become wicked problems later.