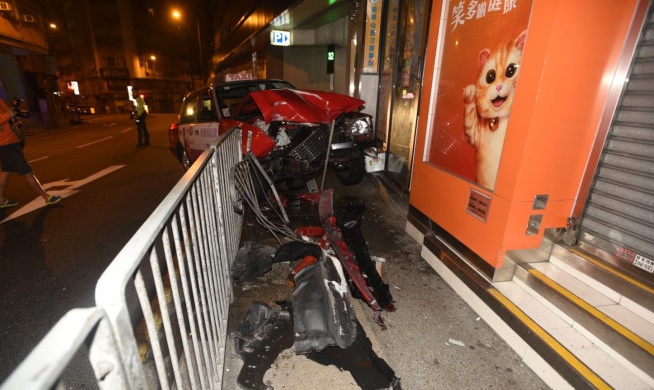 A study showed that pedestrians in Hong Kong streets became the most vulnerable group among all road users, while Wan Chai marked the most dangerous blackspots for pedestrians in five years.
Street Reset - a street design advocacy group - found that 350 pedestrians lost their lives in traffic collisions between 2015 and 2019. "Pedestrians suffer from the highest rate of fatal or serious injuries when compared to other road user types," claimed the group.

From 2015 to 2019, 16,243 pedestrians in Hong Kong suffered injuries in reported collisions, of which 3,703 were killed or seriously injured and accounted for 57 percent of all the injured in the crashes, even though only 19 percent of the collisions involved pedestrians.

Among the injured, elderly pedestrians are the most at risk as accounting for 61 percent of the 350 killed pedestrians between 2015 and 2019 were aged above 65.

"Even though the total number of pedestrian casualties has declined compared to the number between 2010 and 2014," the group said, "elderly pedestrians keep the highest increase of 37.1 percent."

On the other hand, according to the 'Top 10 High-risk Pedestrian Collision Hot zones' listed by the group, five hot zones with the most car crashes are in Kowloon, three are in New Territories, and two in Hong Kong Island.

"A 'forgiving street environment' that is designed around vulnerable road users (including pedestrians) is essential to road safety," the group suggested, "particularly because Hong Kong's population is aging."
Add Comment