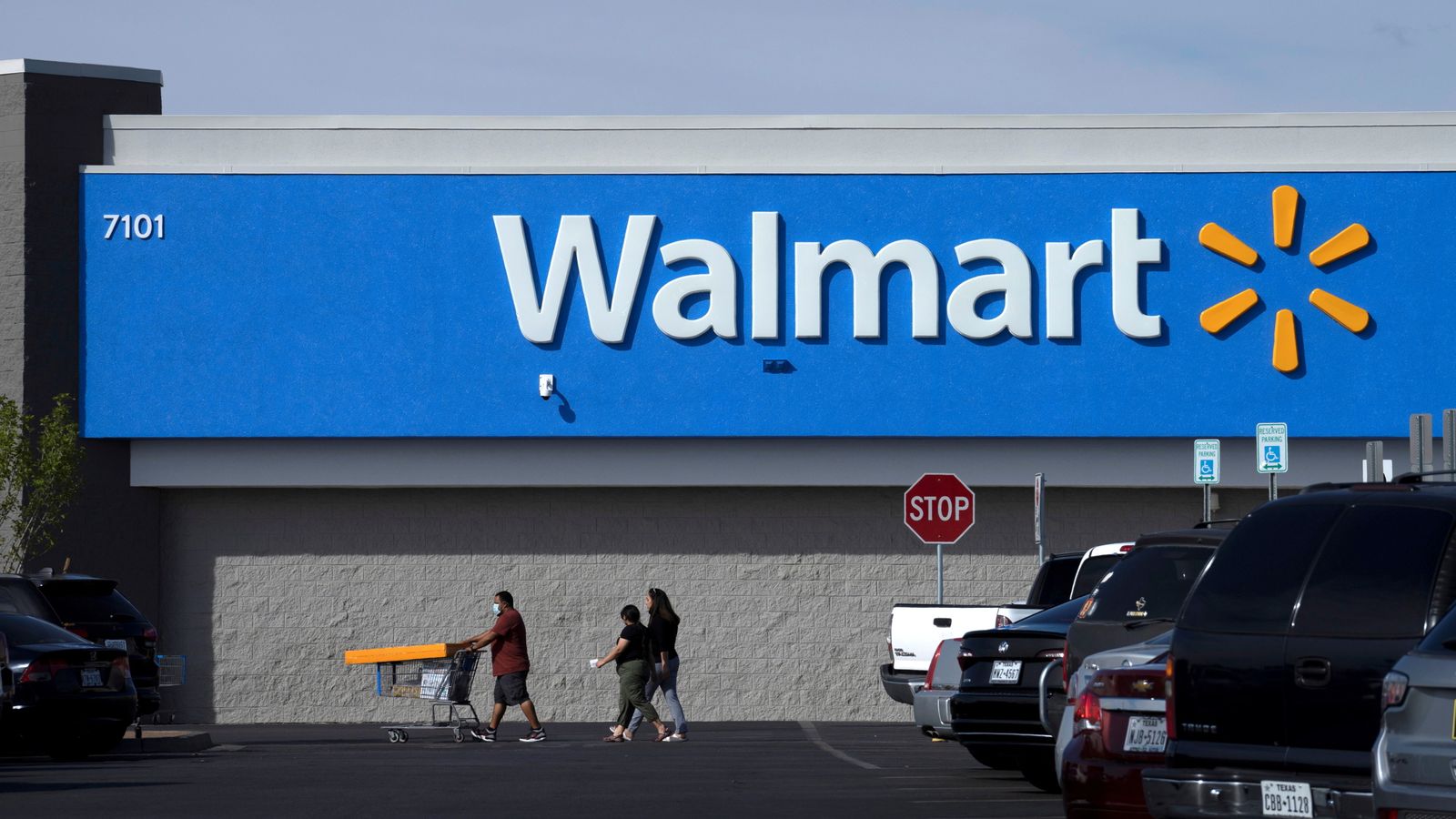 The Japanese technology giant's SVF Investment Corp 3 could announce a merger with robotics group Symbotic as soon as this week, Sky News learns.

A robotics and automation company backed by Walmart, America's biggest grocery retailer, is finalising plans for a $4.5bn (£3.3bn) merger with a "blank cheque" company created by the Japanese technology giant SoftBank.

Sky News has learnt that Symbotic is within days of concluding a combination with SVF Investment Corp 3, a New York-listed special purpose acquisition company (SPAC).

One investor said an announcement could be made in the next couple of days, the latest in a deluge of SPAC mergers which have taken technology companies onto the public markets.

Walmart is expected to participate in the capital-raising element of the deal known as the PIPE (private investment in public equity), alongside other shareholders, the investor said.

Symbotic, which is run by founder Rick Cohen, supplies robots to dozens of Walmart distribution centres in the US as automation plays an increasingly important role in the retail giant's supply chain.

Walmart previously owned Asda, one of the UK's biggest supermarket chains, but sold it last year to a consortium comprising TDR Capital and Mohsin and Zuber Issa, the brothers behind fuel retailing behemoth EG Group.

Sky News revealed that the SoftBank SPAC and Symbotic were in talks about a deal in October.

The two companies announced their initial partnership in July, with Joe Metzger, executive vice-president of supply chain operations, Walmart US, saying at the time: "The digital transformation happening today, alongside evolving customer habits, is reshaping the retail industry.

"To serve customers now, and in the future, our business must provide the right tools and training to our associates so they can deliver the items our customers want, when they want them, with unmatched convenience."

The growing use of automated systems based on robotics in sectors such as retail and logistics is accelerating the debate about the future employment of millions of workers in those industries.

Symbotic's talks with the SoftBank SPAC come at a time of unprecedented strain on the logistics functions of major retailers, with labour shortages, the energy crisis and shipping bottlenecks combining to pose enormous headaches during the Christmas trading period.

Earlier this year, the SoftBank SPAC called off talks about a $2bn tie-up with Mapbox, one of the world's fastest-growing providers of sophisticated location data services.

SoftBank's Vision Fund is said to have remained a supportive private shareholder in Mapbox.

The Japanese group has created several other SPACs in addition to the one that is close to finalising a merger with Symbotic.

Dozens of other companies from around the world have also agreed to go public in the US through SPAC deals - including Cazoo, the British-based used-car marketplace, and Vertical Aerospace, which was set up by the Ovo Energy founder Stephen Fitzpatrick.

British watchdogs have attempted to pave the way for London to compete more effectively with New York by reforming the rules governing SPACs, resulting in Hambro Perks, a London-based venture capital investor, launching a vehicle two weeks ago.

SoftBank did not respond to a request for comment on Sunday.