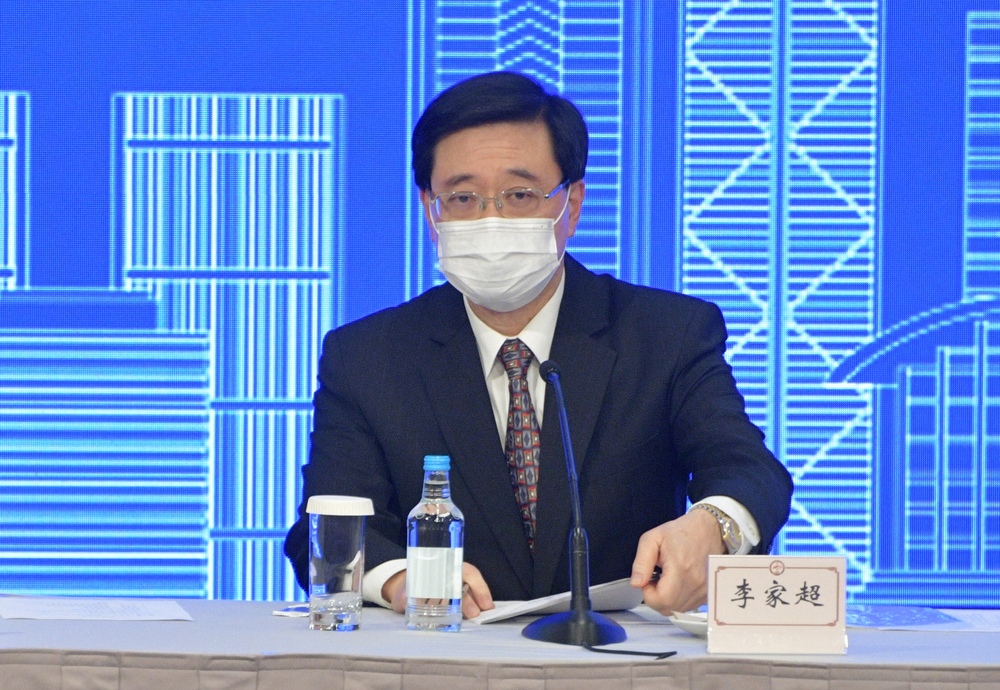 A top Hong Kong official has slammed Wall Street Journal for publishing a “nasty” editorial on the arrests of Stand News executives, and said the US-based media should back law enforcement if it supports press freedom.
Chief Secretary for Administration John Lee Ka-chiu wrote a letter to Wall Street Journal on December 31, two days after the outlet published the editorial "No One is Safe in Hong Kong".

"Your editorial... is a grossly biased misrepresentation of facts which seriously misleads your readers about the situation in Hong Kong. Again, your baseless allegations against Hong Kong are, in your own words, 'reaching new levels of nastiness',” Lee wrote in the letter.

A total of seven people including Stand News former executives and board members were arrested for conspiracy to publish seditious publication, and that had nothing to do with press freedom, Lee said.

“If you are genuinely interested in press freedom, you should support actions against people who have unlawfully exploited the media as a tool to pursue their political or personal gains,” he added.

It is the second time for Hong Kong officials to send letters to Wall Street Journal over its editorials.

Secretary for Constitutional and Mainland Affairs Erick Tsang Kwok-wai wrote a letter to the paper after it published an editorial about Hong Kong's Legislative Council elections.
The editorial claimed the election was a "sham," and that "boycotts and blank ballots are one of the last ways for Hong Kongers to express their political views."

"Please be advised that inciting another person not to vote, or to cast an invalid vote, by activity in public during an election period is an offense," he wrote. "We reserve the right to take necessary action."
Add Comment