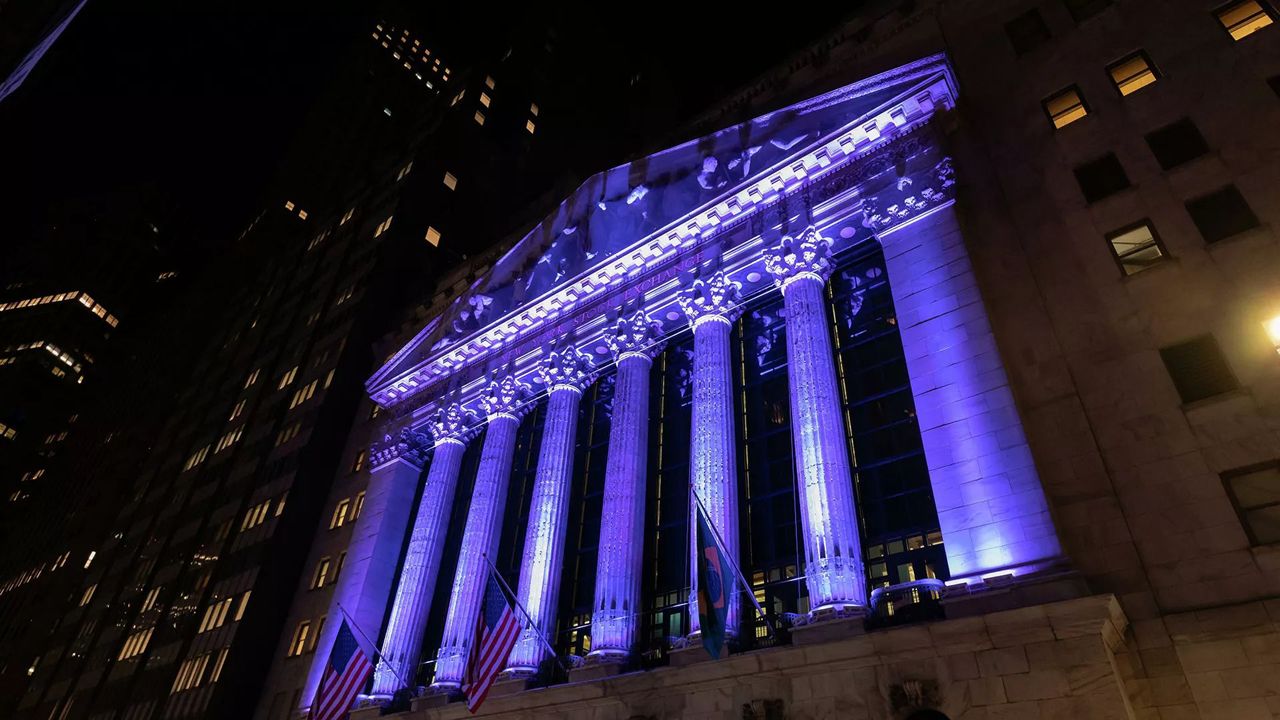 US stocks fell broadly for a fourth day in a row on Thursday after another Federal Reserve official advocated this week for a prompt taper of the central bank’s long-running economic stimulus.

The Dow Jones Industrial Average, the broadest equity barometer on the New York Stock Exchange that lists mostly industrial stocks, settled at 34,879, down 152 points or 0.4 percent on the day. The Dow has lost a cumulative 563 points, or 1.6 percent, over the past four sessions.

The Nasdaq Composite Index, which includes stocks of technology giants such as Facebook, Amazon, Apple, Netflix and Google, settled at 15,248, down 38 points, or 0.3 percent. The tech-heavy index slid 126 points, or 0.8 percent, over the past two sessions.

Stocks fell after Labor Department data showed US jobless claims rose by 310,000 last week but remained below the key 400,000 for a sixth straight week to mark a new COVID-19 pandemic-era low.

Wall Street has been under pressure since Wednesday after Federal Reserve Bank of New York President John Williams said it might be appropriate to start tapering this year the central bank’s stimulus for the US economy if inflation remains unbridled and the recovery from the pandemic stays on track.

Federal Reserve Governor Michelle Bowman was the second senior official of the central bank to think so on Thursday, saying US inflationary pressures were in line with the robust demand and constrained supplies in the economy, making a stimulus taper before the end of the year likely appropriate.

Bowman said the United States has achieved "significant progress" on price stability and is "quite close" to achieving its aim of full employment and it was "critical not to draw too many conclusions from a single month's shaky job market data." Ensuring maximum employment and manageable inflation are the Federal Reserve’s two mandates.

The Federal Reserve has been buying $120 billion in bonds and other assets since the COVID-19 outbreak of March 2020 to support the economy. The central bank has also been keeping interest rates at virtually zero levels for the past 18 months.

The Federal Reserve stimulus program is being blamed for aggravating price pressures in the United States, where economic growth for the second quarter of 2021 was estimated at 6.6 percent - above the 3.5 percent decline noted for all of 2020. The central bank itself has projected economic growth at 6.5 percent for all of 2021.

The Federal Reserve’s preferred gauge for inflation - the core Personal Consumption Expenditures (PCE) Index, which excludes volatile food and energy prices - rose 3.6 percent in the year through July, its most since 1991. The PCE Index including energy and food rose 4.2 percent year-on-year. The central bank’s own target for inflation is 2 percent per year.