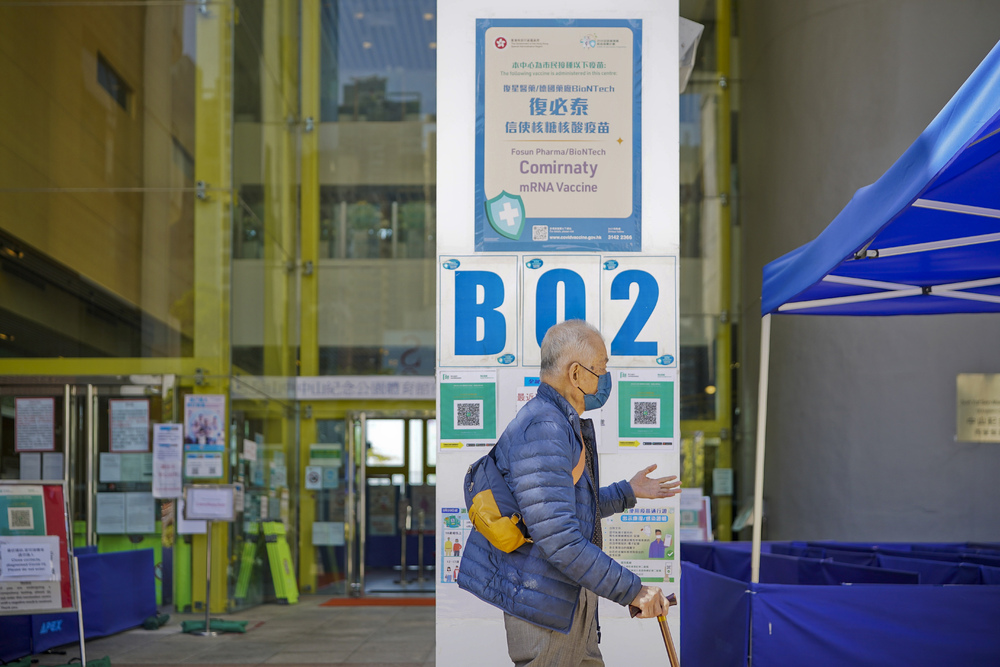 The SAR government announced that walk-in vaccinations will now be available to three-time vaccinated elderly aged 60 or above.
Speaking at a daily press briefing on Friday, Secretary for the Civil Service Patrick Nip Tak-kuen said those eligible for the fourth jab could get same-day tickets at the city’s vaccination centers in order to receive the jab.

He added that they could also make online reservations for the vaccination starting coming Thursday.

The move came as the city’s scientific committees on Covid-19 and expert advisers suggested that Hongkongers over 60 should receive a fourth dose of the Covid-19 vaccine.

The committees and the Chief Executive’s expert advisory panel on Thursday said those over 60 who had received the third dose at least three months earlier are now recommended to take the fourth dose for “better protection.” The same would apply to recovered Covid-19 patients in that age group.

Nip, the minister in charge of the vaccination drive in Hong Kong, said some 190,000 people in the territory will be eligible for the fourth jab, calling for them to get vaccinated as soon as possible.

Nip noted that some 170,000 people eligible for the third jab have yet to get vaccinated, although he predicted some may have delayed their vaccination due to their infection.

He also announced that the government will commence a city-wide door-to-door vaccination scheme in late April.

Speaking at the same press briefing, Secretary for Food and Health Sophia Chan Siu-chee told reporters that 74 percent of the patients who passed away in the city’s fifth wave of the Covid outbreak were unvaccinated, along with another 14 percent had only received one vaccination.

Separately, over 95 percent of those who passed away due to Covid were aged 60 or above, said Chan.
#COVID-19  #vaccine  #Covid
Add Comment