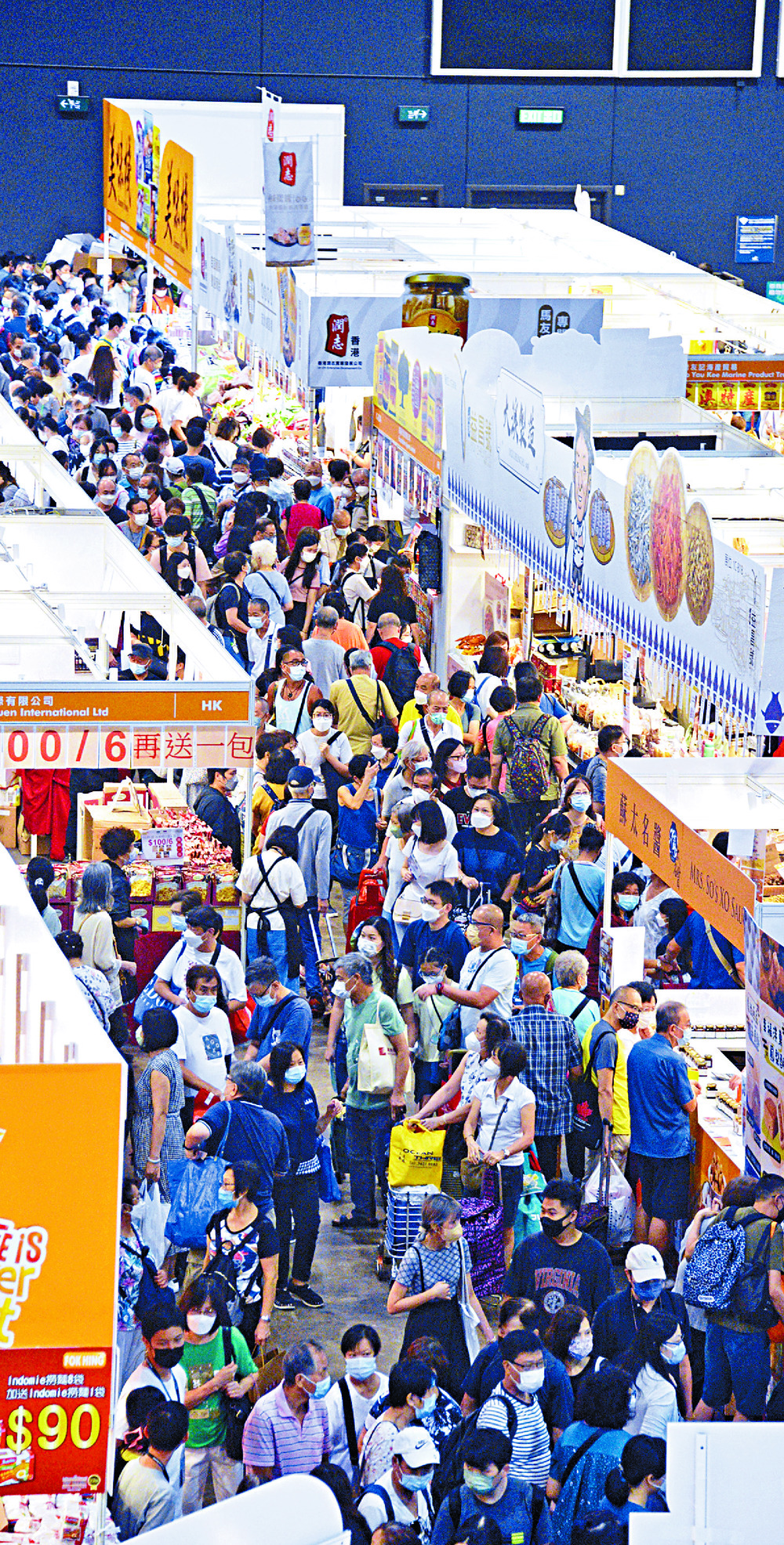 The five-day Food Expo ended yesterday on a high note with more than 430,000 people visiting - a 16 percent increase over last year - and exhibitors seeing business go up by at least 30 percent mainly due to the consumption voucher disbursed last Sunday.
Although organizer Hong Kong Trade Development Council stayed with the "no-tasting" rule because of Covid, attendance at the five-day expo rose 16 percent from the 370,000 seen last year.

"The bustling fairground, despite restrictions such as no sampling for food and drinks, shows that people have a strong appetite for shopping. The timing of the second phase of the consumption voucher scheme certainly boosted spending," said the council's deputy executive director, Sophia Chong Suk-fan.

Almost 90 percent of customers spent a portion of their consumption vouchers when purchasing products, according to a survey done by the organizer.

The expo featured over 1,000 exhibitors, including global vendors from the mainland, Indonesia and Aomori prefecture in Japan. Luxury seafood such as abalone were particularly popular.

Many visitors had only praise for the fact that the consumption vouchers came at "just the right time" for them.

A man who went shopping on the last day of expo said his shopping cart was full, and he had entered the expo again before it closed at 6pm to spend the HK$400 left on his voucher.

Another man said he goes to the Food Expo every year for the discounted prices, and he was particularly interested in deals such as a HK$1 hotpot.

Vendors were pleased with this year's business as well, though some said sales would be even higher if customers could taste their products.

Many vendors used innovative marketing strategies such as the use of aroma and sound to attract customers instead.Others sold small portions of food at low prices so customers could try a bite at home and return to purchase more after.

A vendor said that they restocked their products several times a day and sales rose by 30 percent compared to last year's, as customers had grown accustomed to the pandemic and were less afraid of crowded conventions.

An exhibitor said that many customers spent 20 percent more than expected and that consumption vouchers were a large motivator, making up roughly 30 to 40 percent of their sales.

Organizers also cited the opening of the Exhibition Centre MTR station in May as a blessing, as the convenience of traveling to the center encouraged visitors to visit and allowed dedicated customers to enter the venue repeatedly.