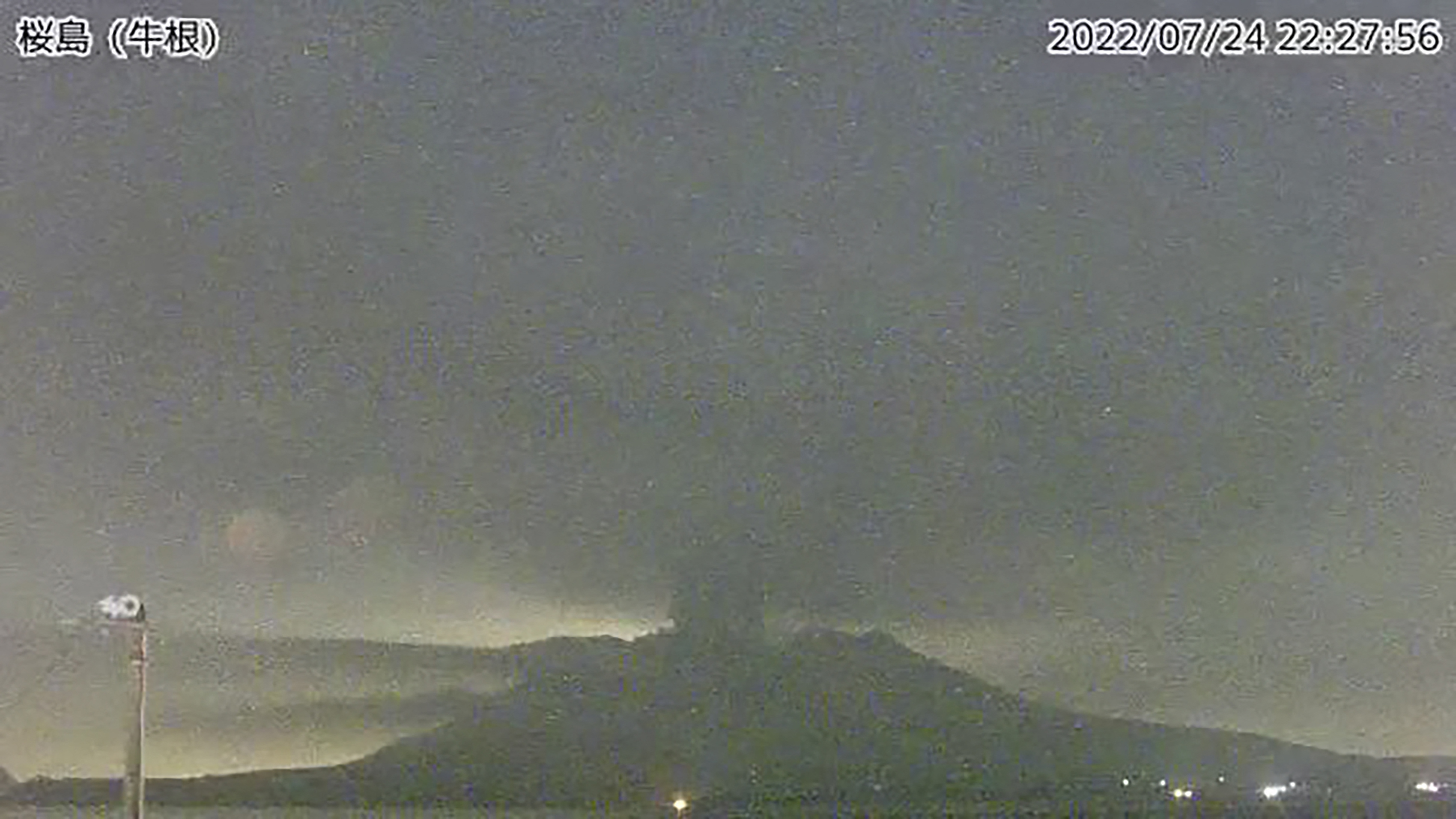 There were no immediate reports of damage, said deputy chief cabinet secretary Yoshihiko Isozaki.
Dozens of people were urged to evacuate their homes after a fiery volcanic eruption in southern Japan on Sunday as the national weather agency issued its top-level alert for the mountain.

Prime Minister Fumio Kishida has instructed the government "to work closely with the local municipality to ensure damage prevention, such as through evacuations," Isozaki told reporters.

The volcano frequently spits out smoke and ash, and is a major tourist attraction.

Sunday's blast propelled large cinders about 2.5 kilometres (1.5 miles) from the crater, the Japan Meteorological Agency (JMA) said, while the smoke reached around 300 metres and merged with the clouds.

The agency raised its alert for Sakurajima to level five, the top level, which urges evacuations.

Previously it was at level three, which bans entry to the mountain.

The volcano saw four earlier eruptions between Saturday and Sunday afternoon, with the plume reaching as high as 1,200 metres.

"Residential areas of Arimura town and Furusato town within three kilometres of the summit crater... of Sakurajima should be on high alert," Tsuyoshi Nakatsuji of JMA's Volcanic Observation Division told reporters.

According to Kagoshima City, there are 77 residents in the two towns.

Nakatsuji said the JMA last week had observed the swelling of the volcano, which signals the accumulation of magma.

"But the swelling hasn't been resolved after the latest eruption," he said.

Japan has scores of active volcanoes and sits on the so-called Pacific "Ring of Fire" where a large proportion of the world's earthquakes and volcanic eruptions are recorded.

Sakurajima was formerly an island, but due to previous eruptions is now attached to a peninsula.

Japan last issued the top evacuation alert for a volcano when Kuchinoerabu island, also in Kagoshima, erupted in 2015.
Add Comment