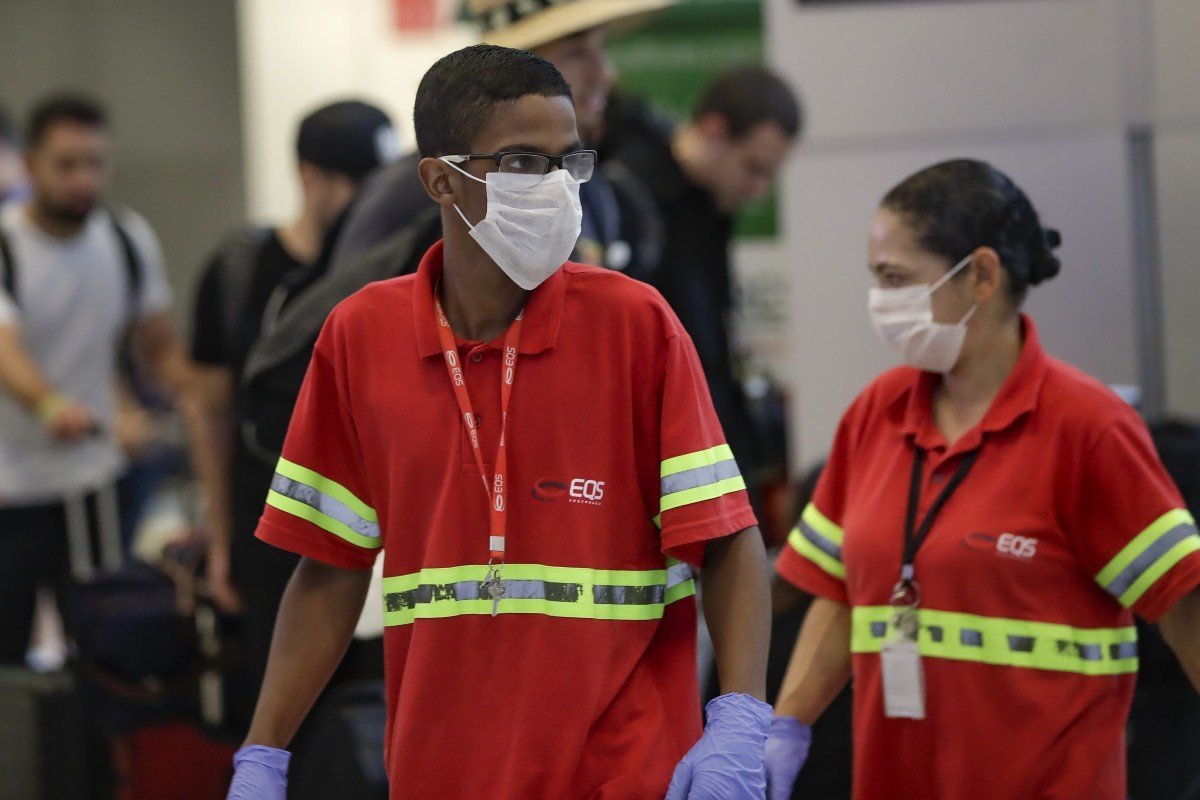 Coronavirus spreads from Italy to Brazil, reaching every continent except Antarctica

61-year-old who had travelled to Lombardy confirmed as first Latin American case, with Italy-linked infections emerging in Finland, Greece and North Macedoniaใ More new cases being recorded outside China than inside country, where deadly virus first emerged

Coronavirus cases spread in Europe and beyond Wednesday, with Latin America confirming its first patient as the world scrambled to contain the deadly epidemic that has killed thousands worldwide.

New cases have emerged across Europe, many linked to the continent’s coronavirus hotspot in northern Italy, amid warnings from health experts to rein in hysteria over the virus as it continues its march beyond China’s borders.

The novel coronavirus has killed over 2,700 people and infected more than 80,000 in 34 countries. The vast majority of cases remain in China.

But the World Health Organisation said on Wednesday that more new cases were now being recorded outside China than inside the country, where the deadly virus first emerged in late December.

In a sign of the virus’ expanding footprint, Brazil confirmed Latin America’s first case, a 61-year-old who had travelled to Italy’s Lombardy region.

Spain, Croatia, Austria, North Macedonia and Algeria have all reported cases linked to the country.

Norway has also reported its first case, but the patient had returned from China late last week.

Several governments have advised against travel to Italy – which has 374 cases and 12 deaths – particularly to the outbreak epicentre in the north.

Even as new cases continued to multiply beyond China’s borders, the European Union sought to head off hysteria over the outbreak.

“This is a situation of concern, but we must not give in to panic,” EU Health Commissioner Stella Kyriakides told reporters in Rome on Wednesday.

“We must also be vigilant when it comes to misinformation and disinformation,” she added.

The impact of the virus has moved beyond health systems. Markets have wobbled in recent days – though Wall Street stocks jumped back on Wednesday – while sports matches and festivals across Europe have been cancelled over virus fears.

A March 7 Six Nations rugby match between Italy and Ireland in Dublin was called off Wednesday, while the famed Venice Carnival was closed early over the weekend.

As cases mounted across Europe, the World Health Organisation warned governments in Europe to remain vigilant.

“You have to keep up and sustain these efforts so that no-one is left behind because ultimately health is a political choice,” WHO Regional Director for Europe Hans Kluge said in Rome on Wednesday.

The WHO has called for countries to “prepare for a potential pandemic” – an epidemic that spreads throughout the world – even as new cases and deaths in China have continued to dip from previous numbers.

It warned that poor countries are particularly at risk, sparking fears of how countries in Latin America and Africa would cope with potential outbreaks.

In Asia, South Korea remains the worst-affected country after China, with the outbreak traced to a religious sect in the southern city of Daegu. The city’s streets have been largely deserted for days, apart from long queues at the few shops with masks for sale.

A 23-year-old US soldier stationed at Camp Carroll in Daegu was also infected. Some 28,500 American troops are deployed in South Korea.

Authorities urged the public to exercise extra caution, advising citizens to stay at home if they have a fever or respiratory symptoms.

Meanwhile in the Middle East, Iran has emerged as a major hotspot, with a total of 139 cases and 19 deaths. Even the country’s deputy health minister, Iraj Harirchi, has contracted the virus.

Iran’s cyberpolice on Wednesday said 24 people were arrested for rumour-mongering about the outbreak, warning people not to “disturb the public” with misinformation.

Reporters Without Borders said Iran “seems to be concealing information about the epidemic in line with China’s example”, accusing it of also blocking independent reporting of the outbreak.

Several Gulf countries have announced measures to cut links with Iran in an attempt to stop the virus spread.