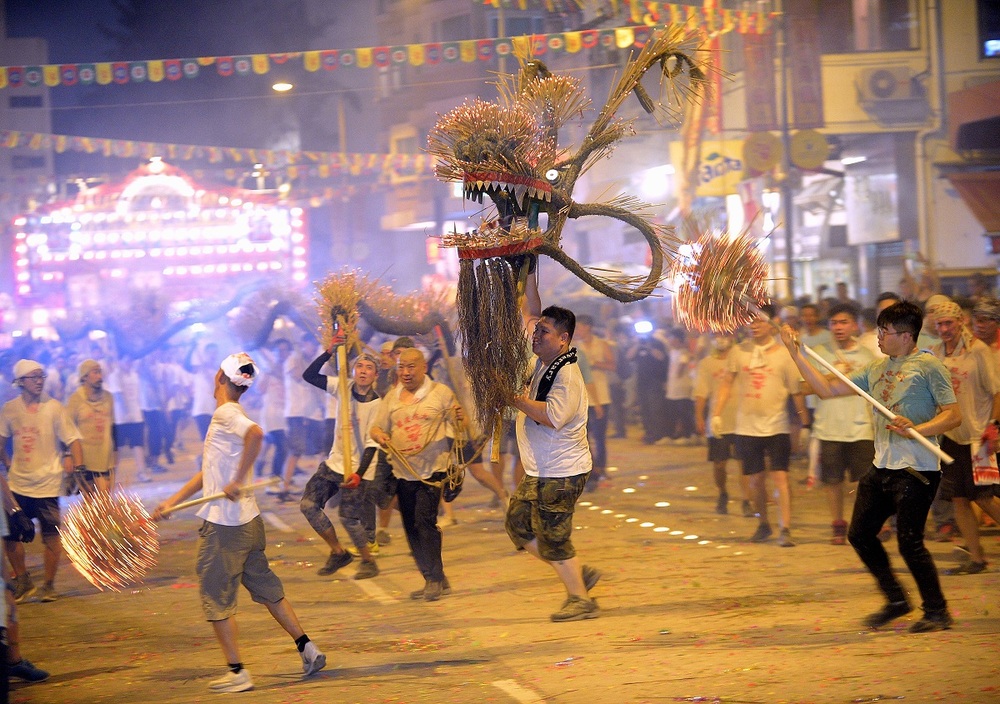 An annual "fire dragon dance" featuring a 67 meter dragon made of joss sticks in Tai Hang will be suspended for the second consecutive year.
The Tai Hang Residents’ Welfare Association said today that the ritual for the Mid-Autumn Festival will be canceled due to the coronavirus epidemic. It was scheduled from September 20 to 22.

The Tai Hang Fire Dragon has its origins in 1880 when residents performed the ritual every year during the Mid-Autumn Festival, except during the Japanese Occupation and the 1967 disturbances.

The legendary fire dragon is a majestic beast, 67m long and inserted with over 20,000 incandescent incense sticks. The body consists of a hemp rope spine wrapped with pearl straw, while the 70 kilogram head is made by coiling pearl straw around a rattan frame. Two flashlights form the creature’s eyes while sheets of metal make up its teeth and tongue.

The dragon is led by two orbs of light called “dragon pearls” – two pomelos inserted with many sticks of incense, spun with vigor to create a brilliant display of twirling radiance.

Every year, around 300 people parade the dragon from head to tail, enshrouding the neighborhood in a warm, smoky glow.
#Coronavirus
Add Comment