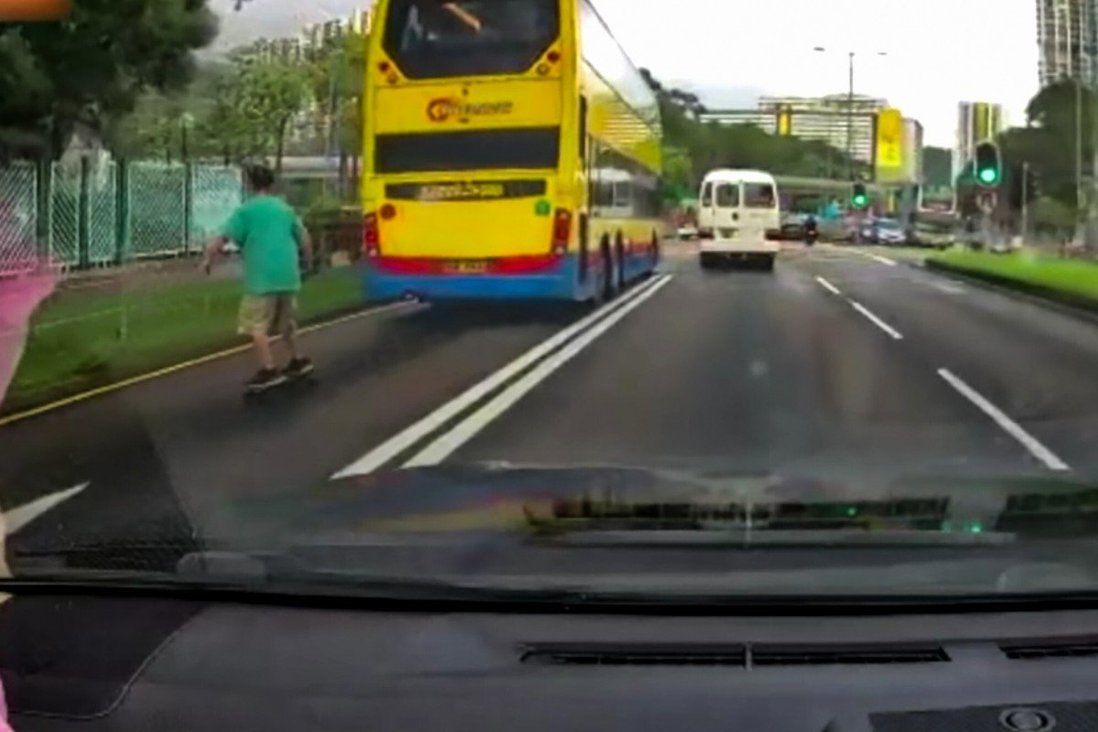 The 18-year-old man was arrested on suspicion of several traffic offences, including failing to wear a helmet.

A viral video of a person on what appears to be an electric skateboard tailgating a bus on a busy Hong Kong road last week led to the arrest of an 18-year-old man on suspicion of four traffic-related offences on Monday.

In the clip, posted on Tuesday last week, a young man without a helmet can be seen following close behind a Citybus double-decker on Tai Chung Kiu Road in Sha Tin for about 20 seconds before losing his balance and tumbling over in the middle of the lane, nearly hitting the bumper of the vehicle in front of him as it applies the brakes. 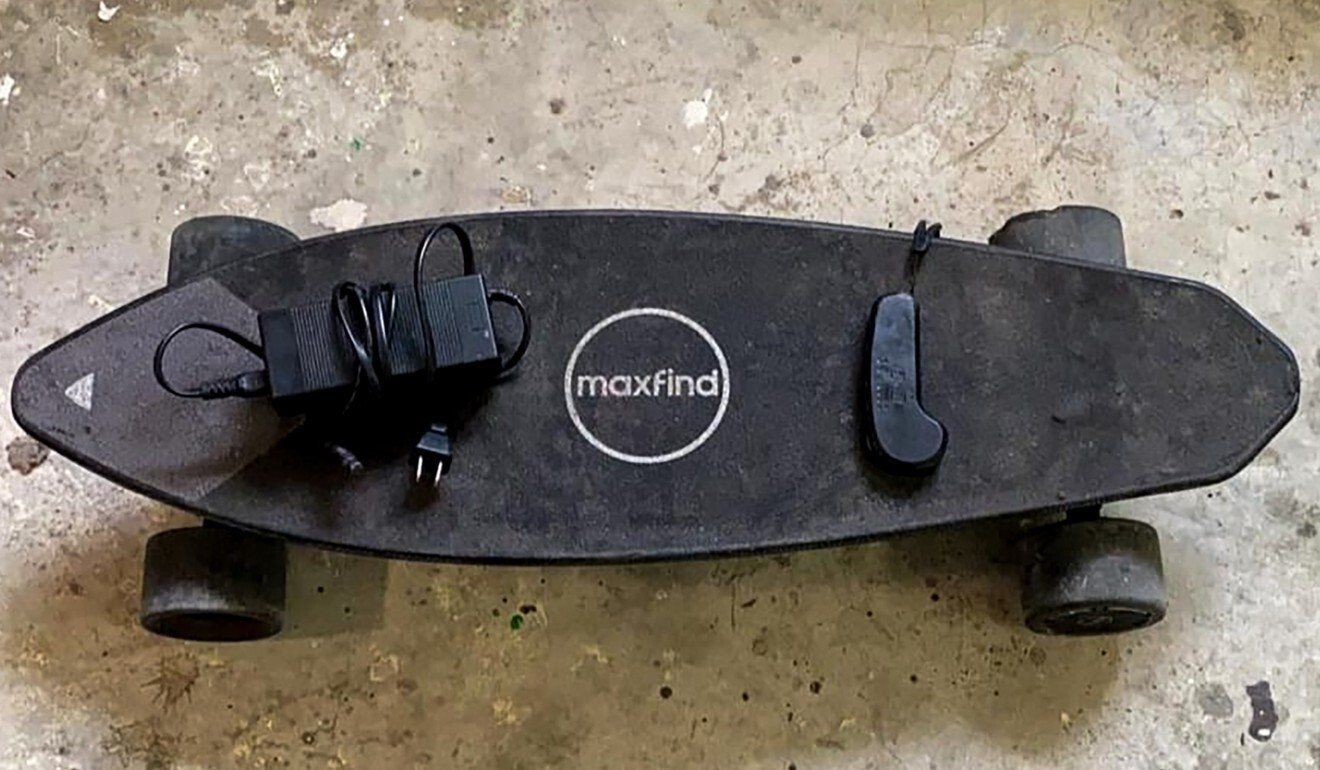 An electric skateboard seized during the man’s arrest on Monday.

“After laying an ambush for days, police intercepted an 18-year-old man who matched the description of the rider in one of the estates on Monday morning,” he said.

Police arrested the man on suspicion of driving without a licence, driving an unregistered motor vehicle, driving without third-party insurance and failing to wear a helmet. During the arrest, police also seized an electric skateboard.

The man was released on bail pending further investigation, and is required to report back to police next month.

Police warned that riding an unregistered electric vehicle on a road, bike lane or walkway could constitute an offence under the Road Traffic Ordinance punishable by 12 months in jail and a HK$10,000 (US$1,285) fine.