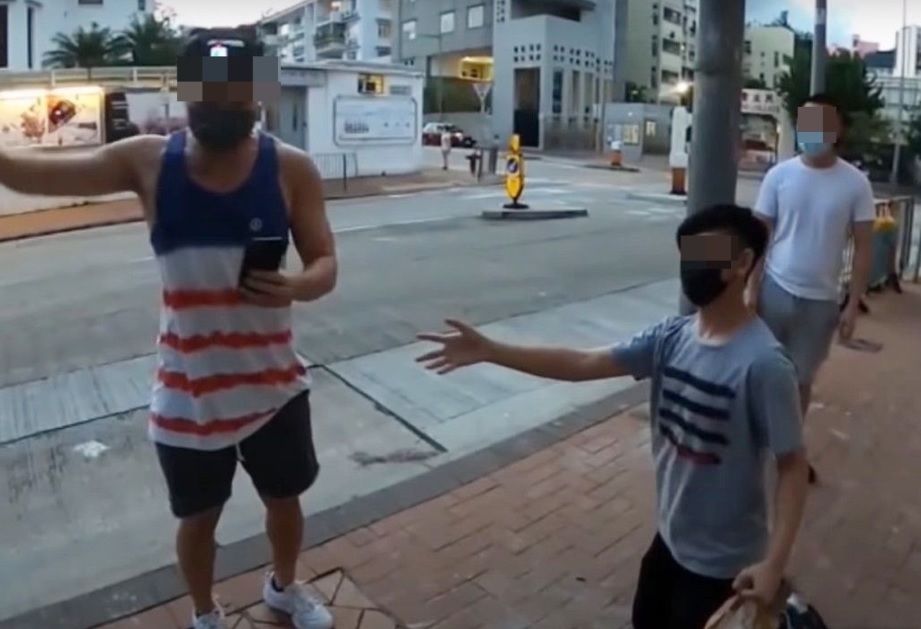 It was understood that the YouTuber received a request for help from a 13-year-old boy, who said a suspicious man asked him for indecent photos and sexually harassed him.

Rock then pretended to be the boy, asking the suspicious man to meet up outside a restaurant on Dumbarton Road in Kowloon City at about 6 pm on July 11.

Rock, together with his assistant and three others, took a video of a 23-year-old man who showed up, while accusing him of soliciting indecent photos from the underage boy through social media and inducing him to commit obscene acts.

He was forced to kneel on the street by the two. He kowtowed and apologized, pleading for them not to call the police. He admitted that he had contact with other underage boys.

Rock seized the man's cell phone without his consent and read out the contents loud, saying he paid HK$100 to a boy after performing an indecent act on him.

The 23-year-old was then escorted to Carpenter Road Park, where he was forced to write a letter of repentance and take a photo.

The video was watched 400,000 times on YouTube.
Kowloon City police started an investigation after noticing the video and identified the persons involved.

Three men, aged 23 to 25 were arrested from August 26 to 28 in Western district, Fanling and Wong Tai Sin respectively.

One of the men was arrested for possession of child pornography, while the other two were arrested for false imprisonment.

The case is still under investigation and there may be more arrests.

Police said a large amount of child pornography was found on the victim's cell phone, including more than 100 videos and more than 50 photos.

They called upon the public to report to police about crimes and not to take it into their own hands.

If someone only admits committing a crime after cohesion, it may affect police investigation of the case.
Add Comment