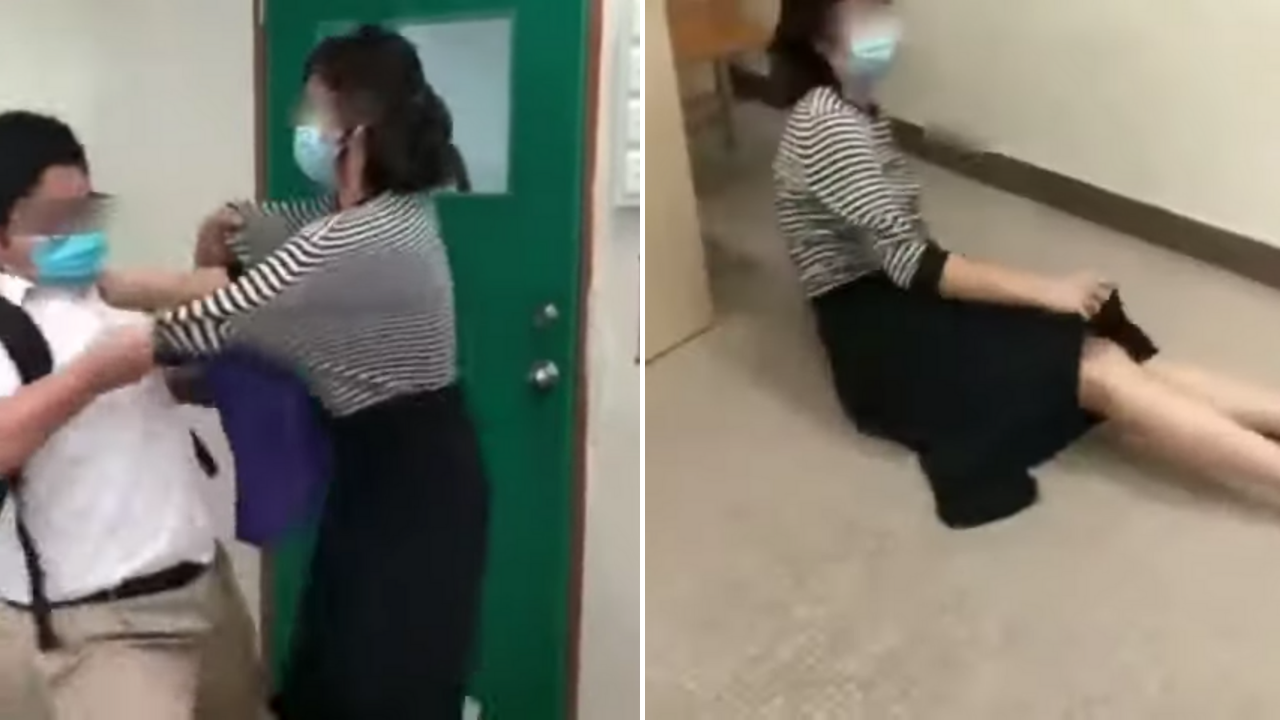 A video from November showing a secondary school student violently throwing a teacher to the floor during an altercation went viral on social media this week.

According to Apple Daily, the clip was filmed at a Band 1 secondary school. The teacher reportedly told the student to stay behind because he did not finish his homework.

In the video, a female teacher is shown blocking the door and preventing the student, who is tugging on the handle, from leaving the classroom.

Fed up, the student pulls the teacher’s arms and shoves her to the floor, prompting gasps from the other kids in the class.

He then opens the door to leave, but another teacher who had watched the incident through a window yells at him to stay put. He is seen tussling with that teacher too.

Police said in an emailed statement that the case occurred at a school in the city’s Southern district on Nov. 23 last year. A female teacher reported the incident, but later said that the school would handle it internally and that there was no need for police to follow up.