A biker nearly got his head crushed under a seven-seater's wheels on Monday afternoon.

Footage captured by a nearby car showed the man biking along Kau Yuk Road in Yuen Long at around 1pm when he was hit by a white seven-seater from behind.

The biker fell to the ground, and the wheels of the car brushed past inches from his head.

The car then pulled forward and stopped, and its driver got out of the vehicle and approached the biker. The cyclist managed to stand up on his own. 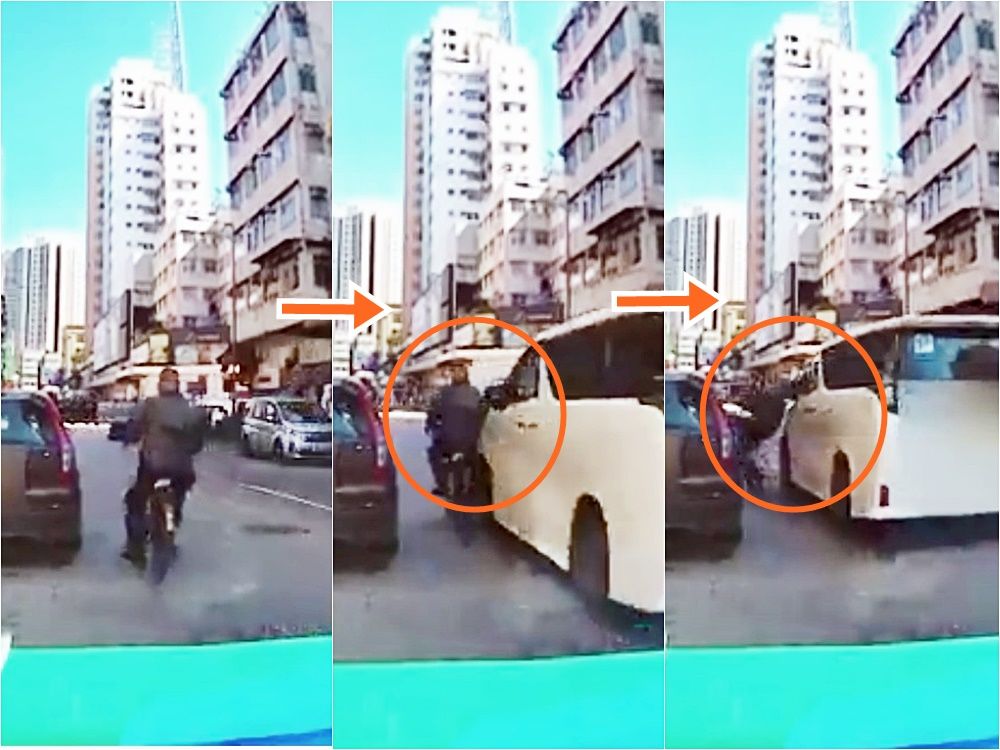 A biker nearly got his head crushed under a seven-seater's wheels on Monday afternoon.