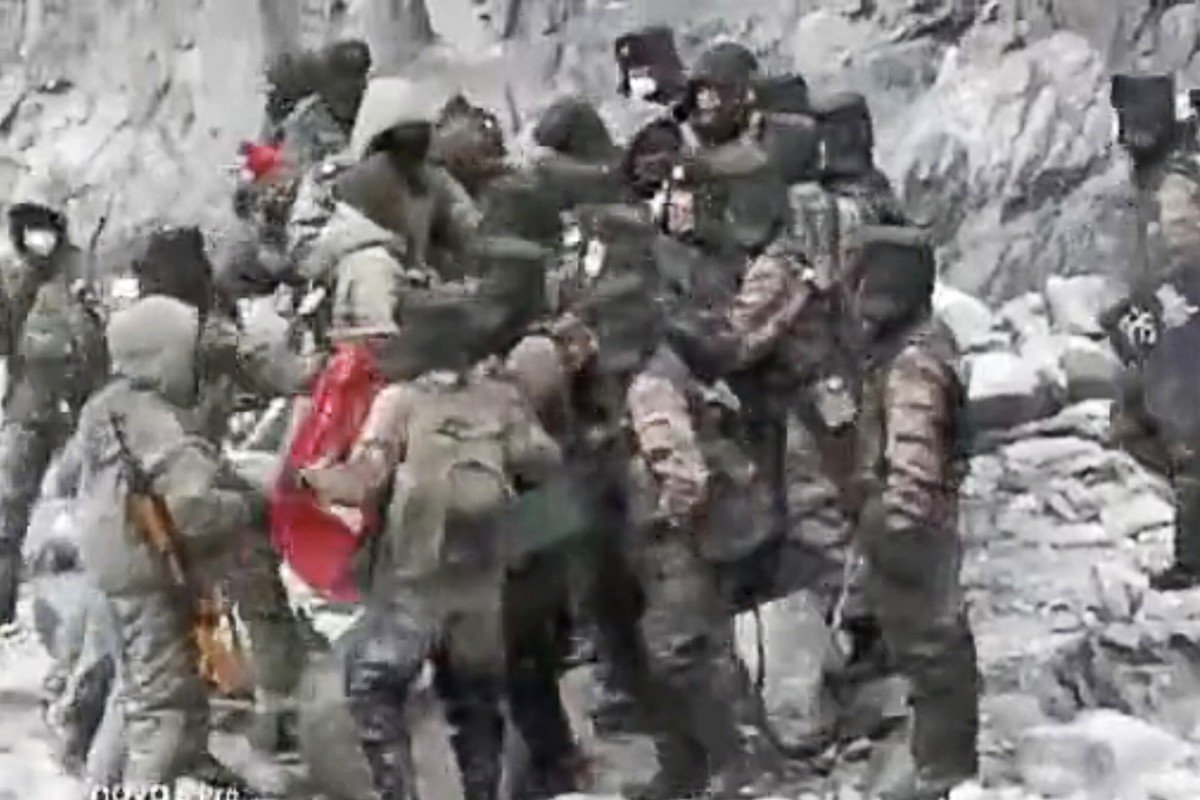 Chinese military source says footage was probably recorded ‘a few months ago’. Analyst says clash was not the one in which at least 20 Indian soldiers were killed in June

A video showing Chinese and Indian troops fighting with fists and sticks, apparently in a disputed border region, has gone viral on Chinese social media.

The footage, which is first of its kind ever to appear online, shows soldiers clashing close to a river. On June 15, a violent brawl broke out in the Galwan Valley in India’s Ladakh region, which left at least 20 Indian soldiers dead. Beijing declined to say at the time how many casualties it suffered in the incident.

A Chinese military source said the video, which first appeared online on Tuesday night, was genuine and that it was taken “a few months ago”.

The person, who spoke on condition of anonymity, said the footage showed that the soldiers – by not using their firearms – had exercised restraint.

The footage showed the Chinese soldiers armed with sticks and riot shields. Some of the Indian soldiers had their rifles on their backs but did not fire them.

A watermark on the video, which has been viewed millions of times, suggests it was recorded on a Chinese phone.

A military analyst, who also asked not to be named, said he thought the clash seen in the video footage was probably not the one that happened on June 15, but rather an earlier one that happened along the Galwan River in May.

“Judging from their weapons, this video is an earlier clash, as we know the two sides only began to send in their better-equipped units after May,” the person said.

The analyst said it was possible Beijing had released the film to show it had video evidence of the disputes that had taken place along the disputed border.

“This may be Beijing’s way of telling the Chinese people and India to some extent that it has evidence to show who broke the agreement [of not using firearms] and who started the fight.”

China and India have been engaged in a bitter border dispute since May, and since then have held a series of diplomatic and military talks to ease tensions. However, the situation intensified for the second time in a week on Monday when shots were fired during a stand-off at Pangong Tso, a high mountain lake.

Those clashes came after Chinese and Indian defence ministers met in Moscow on Friday. China’s foreign minister, Wang Yi, is set to meet his Indian counterpart Subrahmanyam Jaishankar on the sidelines of the Shanghai Cooperation Organisation meeting in Moscow during a week-long trip to Russia that starts on Thursday.