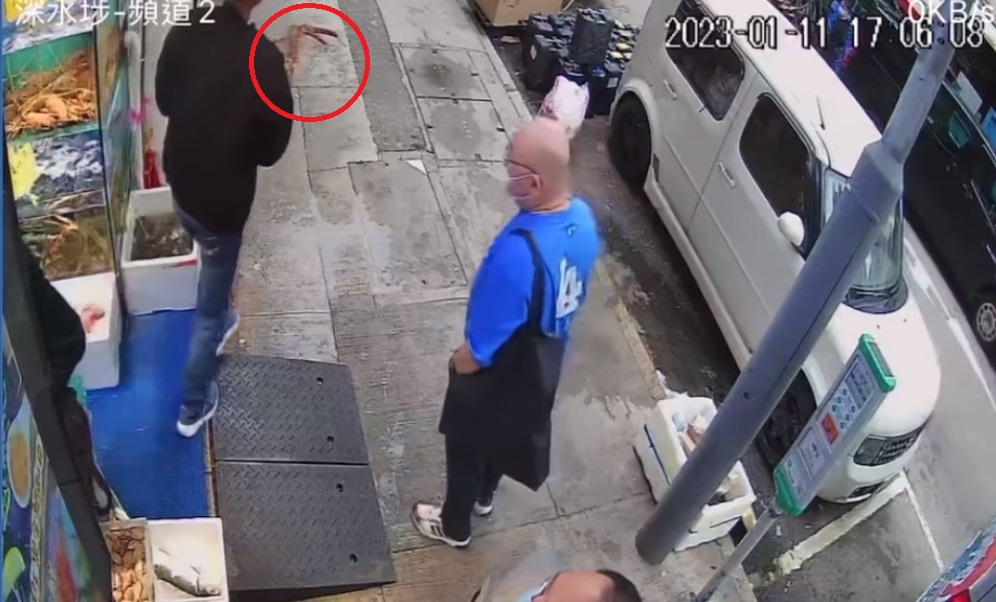 A daring theft – which also required courage to deal with marine life – saw a man sticking his hands directly into the tank outside a Sham Shui Po seafood store and stealing an Alaska king crab worth up to HK$2,000 in just ten seconds.
The theft was committed around 5pm Wednesday, and the shop, located on Fuk Wing Street, later posed the shocking camera footage online, saying they had reported it to the police already.

As shown in the video, a man aged about 40 approached the shop to browse. Seconds later, he swiftly lifted the king crab weighing about 6kg with both hands and ran away.

“What kind of weirdo is he to steal a crab,” the owner, surnamed Pang, said when speaking to the media.

She continued that she was told by police that two other seafood stores nearby recently encountered similar thefts, including one shop that had its lobsters stolen.

Pang expected the thieves would resell the seafood to make profits with the Chinese New Year holidays right around the corner.

It was understood that the shop only learned of the theft after neighbors started yelling.

Pang recalled that staffers may have missed the theft as there were only three of them but six customers at the time. She added the shop will step up anti-theft measures and post photos of the thief outside the shop.

The case has been listed as a theft and is now handled by the Sham Shui Po district crime investigation team.

Around 5.50pm on Thursday, the shop said on its Facebook page that the thief has been arrested already.