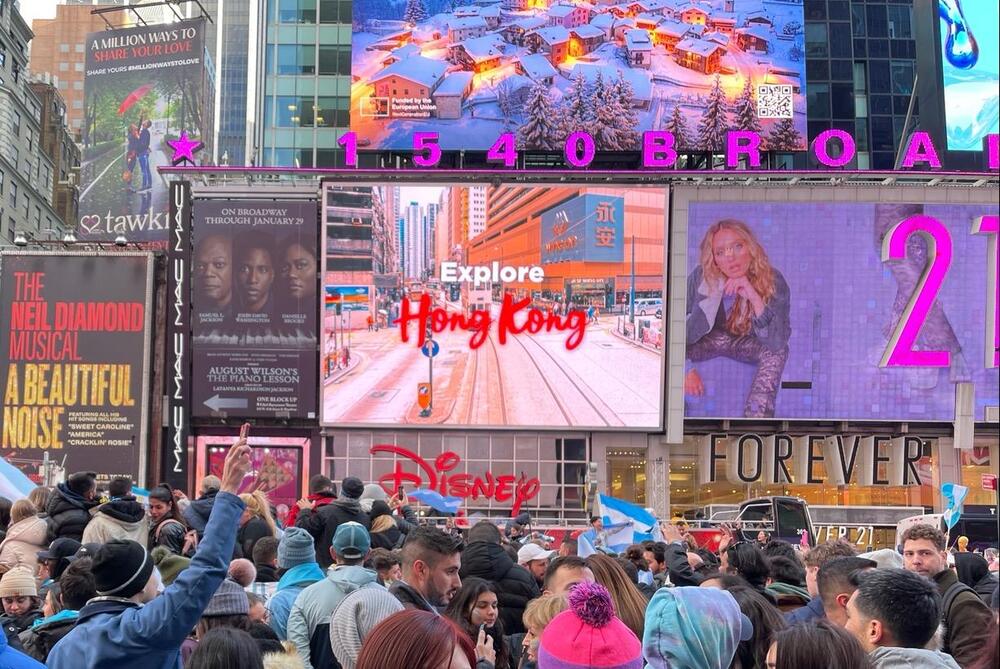 Iconic scenes of Hong Kong lit up the giant screen at New York Times Square on Sunday ahead of its New Year's Eve Countdown. The video launch is also a prelude to the upcoming countdown performance by Hong Kong artists on December 31.
The video, under the theme "Fusion, Motion, Inspiration - Hong Kong Rocks!", showcases the energy, diversity and vibrancy of the city and invites Americans to rediscover the excitement and unique beauty of Hong Kong.

Candy Nip Kai-yan, director of the Hong Kong Economic and Trade Office in New York, said she was thrilled to present this exhilarating performance to the audience at New York Times Square and millions more nationwide and around the globe through live broadcast and webcast.

She also thanked the Sino-American Friendship Association for this fantastic opportunity to promote cultural exchanges between Hong Kong and the United States. She hopes people will join in and welcome the New Year with Hong Kong.

The countdown event will be live broadcast or webcast at https://livestream.com/2023.
Add Comment