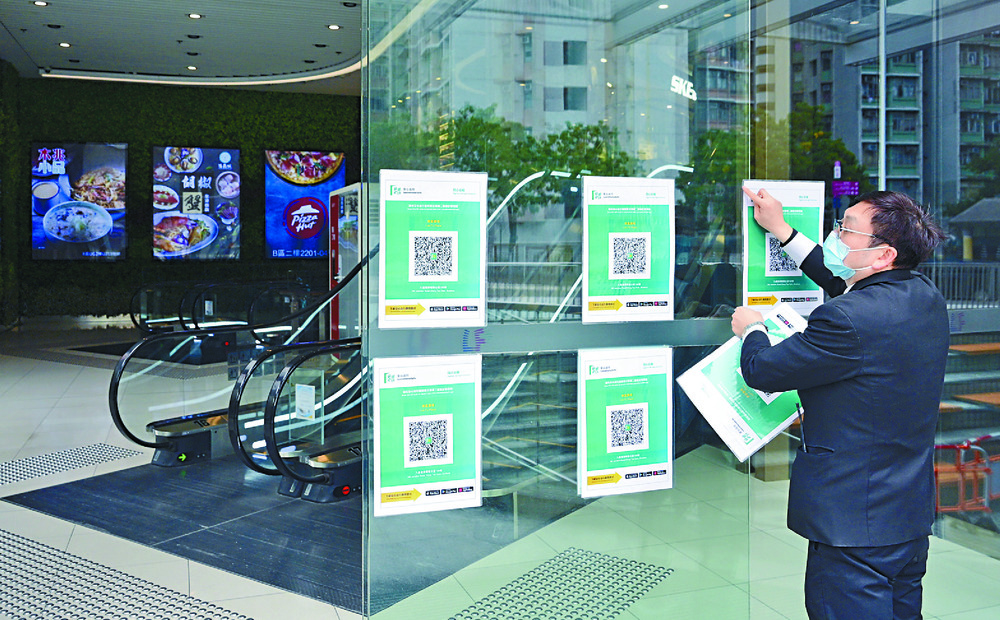 The vaccine pass and tightened social distancing measures will be effective from today - meaning people will now have to carry their vaccination records when they enter premises such as shopping malls and restaurants using the LeaveHomeSafe mobile app.
Only inoculated people can enter a long list of regulated premises, including malls, supermarkets, wet markets and restaurants.

In the first phase, which runs until April 29, people are required to have at least one jab before entering premises.

At some premises such as restaurants, operators will have to scan patrons' vaccination records before allowing them to enter.

There are some exemptions for the unvaccinated, who can enter malls to buy takeaways or to go home if their residential blocks are located right above the malls.

Some malls have put up more LeaveHomeSafe QR codes at their entrances for people to scan.

Also from today, social distancing measures will be further tightened, with restaurants allowed to serve only up to two diners per table, and people required to wear a mask while jogging and hiking.

Chief Executive Carrie Lam said existing social distancing measures will be extended to April 20, including the dine-in ban after 6pm.

Meanwhile, Secretary for Food and Health Sophia Chan Siu-chee said the vaccination rate among the elderly has been increasing since January. Over 72 percent of seniors aged 70 to 79 have received their first dose, and the vaccination rate for those aged 80 and above has increased to 43 percent.

The SAR administration also announced that 13 hospital vaccination centers will extend services to six days a week, including Saturday, to provide BioNTech jabs without prior bookings.

In addition, the HKU Children Community Vaccination Centre at Gleneagles Hospital Hong Kong will begin providing BioNTech jabs to those aged five to 11 from today. It will operate from 10am to 6pm Monday to Friday and 8am to 8pm on weekends. From March 1, the opening hours will be extended to 8pm from Monday to Friday.

Secretary for the Civil Service Patrick Nip Tak-kuen said as the current epidemic situation is of grave concern, extending the operation of the hospital vaccination stations to Saturday will allow more people to get vaccinated within a short period of time.

Nip said: "We will closely monitor the demand for the vaccines and increase the number of vaccination venues later to facilitate the vaccination of children and teenagers so as to boost the vaccination rate as quickly as possible and build a protective barrier in the community."
#BioNTech  #Vaccines  #vaccine
Add Comment