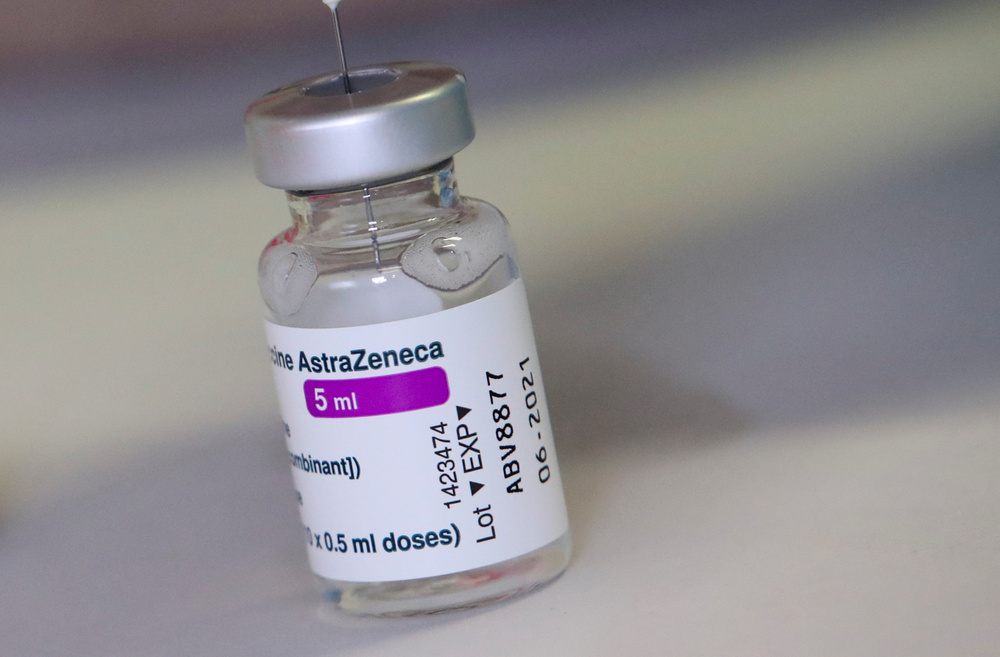 AstraZeneca Hong Kong says it will supply vaccines to Hong Kong in accordance to the advance purchase agreement, after experts called upon the SAR government to ditch it.
The Hong Kong branch of the British-Swedish pharmaceutical firm yesterday released a statement that said: “Currently our local plans remain unchanged.”

The statement came one day after the European Medicines Agency and the British Medicines and Healthcare products Regulatory Agency said there is “a possible link” between the AstraZeneca vaccine and the rare blood clotting events and such reaction should be listed as a “very rare side effect.”

However, both regulators and World Health Organization said the benefits of the vaccine still outweigh the risks.

Chief Executive Carrie Lam Cheng Yuet-ngor last December announced the Vaxzevria vaccine co-developed by AstraZenena and the University of Oxford as one of the vaccine options for Hong Kong.

At the time, she said the SAR government has reached an advance purchase agreement to procure 7.5 million doses of the 76 percent effective vaccine, which first batch is expected to arrive late June.

However, government advisor David Hui Shu-cheong have repeatedly called for the government to ditch the purchase, as the blood clots events, even though very rare, would deter the public from taking it.

The respiratory expert from the Chinese University of Hong Kong also said the AstraZeneca vaccine barely has any protection against the more infectious mutated variant from South Africa.

Instead, he suggested looking into the one-dose vaccine by Janssen – a Belgium-based division of United States pharmaceutical giant Johnson & Johnson – if stocks are available.