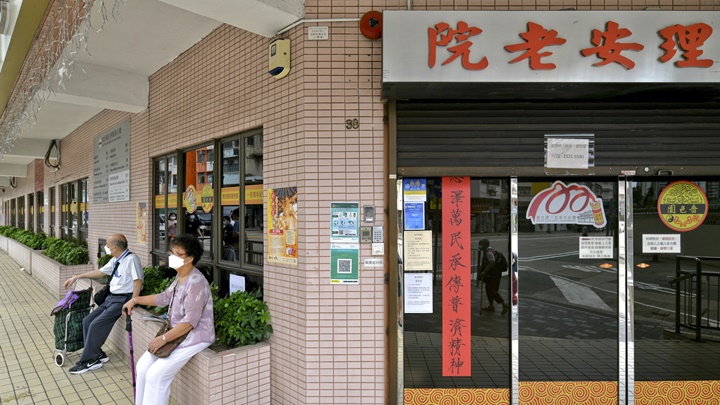 The vaccine pass arrangement has been extended to workers of subsidized or subvented welfare service units and organizations starting Friday (Apr 1) despite rejection voiced by union and workers.
The Social Welfare Department sent a letter to non-governmental organization on Friday and notified them of the latest details in align with the latest dosage schedule for the arrangement announce on March 20.

Social workers and welfare units' employees must have received the first dose of covid-19 vaccine in order to go to work. They must also get the second dose by late May and their third dose six months after.

The arrangement does not apply to those with a vaccination exemption certificate issued by a doctor. Still they need to undergo weekly testing.

Yet, it seemed not all social workers agreed with the arrangement, according to a recent survey.

The Hong Kong Social Workers' General Union interviewed 280 social workers through questionnaires in early March and found 106 of them, or 37.9 percent, have yet to receive the vaccine. Among them, 74 said they have no plan to get the Covid shot in the coming month.

Results also showed that 147 workers said the organizations they worked for had asked unvaccinated workers to quit, while 218 workers didn't know any of their labor rights if they were to quit on their own.

One social worker surnamed Poon criticized that the arrangement was no different from “blackmailing” him to get the jab, adding that receiving vaccination or not should be a personal choice.

Third Side's lawmaker Tik Chi-yuen said he was worried that welfare organizations would become understaffed if worker were to quit because they didn't get the vaccine.

Another lawmaker Bill Tang Ka-piu on the other hand slammed the unvaccinated social workers had no social responsibility for they refused to get vaccinated to protect the weak and vulnerable.

Meanwhile, the government only urged welfare staff to get the vaccine as soon as possible to protect themselves and service users, saying the vaccine can help reduce deaths and critical cases.
#COVID-19  #vaccine  #Covid
Add Comment