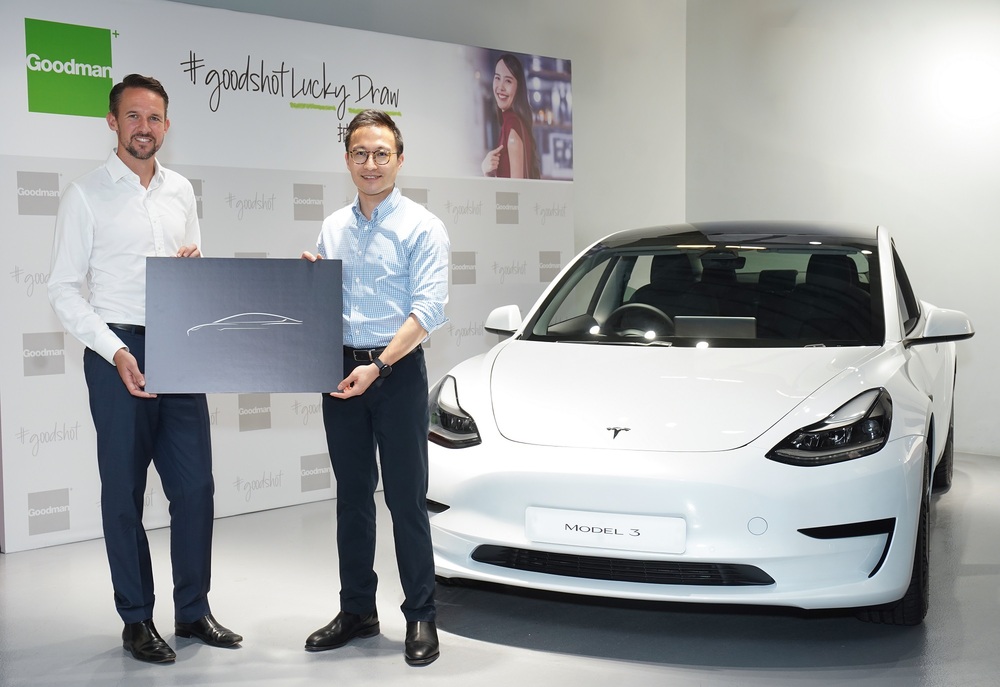 A lucky winner in Hong Kong can drive away a brand new Tesla as the grand prize in a vaccine lottery rolled out by Goodman aimed at boosting the city’s coronavirus vaccination rates.
The property group said the lucky draw attracted over one million entries, with 30 of them lucky enough to get their hands on prizes worth up to HK$1 million.

All winners are required to redeem their prizes on or before October 31.

The lucky draw results were announced at the group’s designated website.

The grand prize - a Tesla Model 3 Long Range valued at over HK$600,000 was won by Lui, who said getting vaccinated helps the community reach herd immunity and return to normal.

He also added he lives a low-carbon lifestyle and can now take his carbon footprint reduced to a whole new level with the new Tesla he just won.

Paul McGarry, the group’s head of Asia, said the lucky draw was a great opportunity to support the government’s vaccination drive.

“We were really encouraged by the number of entries, which kept growing each week, to over one million, corresponding with a surge in the vaccination rate in Hong Kong,” he added.
#Coronavirus  #vaccine  #Tesla
Add Comment