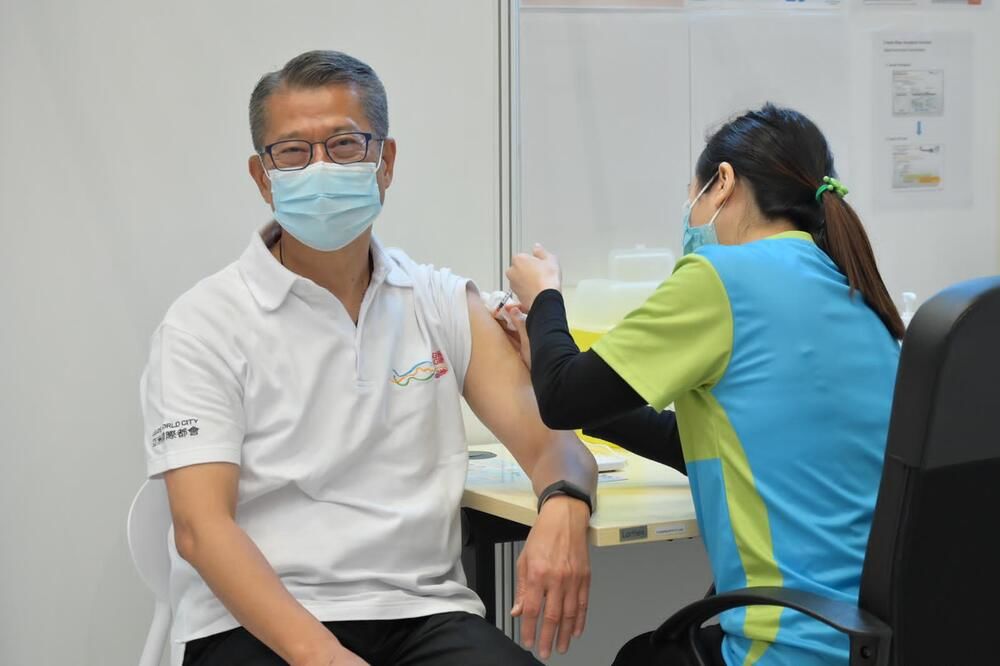 Yet, Chan pointed out that the unemployment rate in the first quarter was 6.8 percent, meaning around 260,000 people were still employed, particularly those working in the retail and tourism-related industries.

Chan said Hong Kong was lagging behind the United States and countries in Europe. He said this might put Hong Kong in a "relatively restrictive" position and dragged the city's economic recovery if overseas markets resumed a larger extent of travel.

"Currently, the European countries and the US are having good progress in inoculation. They are already actively planning to resume international travelling," Chan said.

The minister said only about 10 percent of the Hong Kong population have received at least one dose of a Covid-19 jab, compared with 40 percent in the United States and United Kingdom and 60 percent in Israel.

He encouraged the public to take the Covid-19 jabs, saying the social distancing measures could only be relaxed if a large proportion of citizens have taken the jabs, which would also allow the economy to bounce back in the shortest possible time and improve the labour market.

The authorities announced the extension of the inoculation programme to all residents above 16 years old. The extension can cover around 88 percent of the city's population.
#COVID-19  #Covid
Add Comment