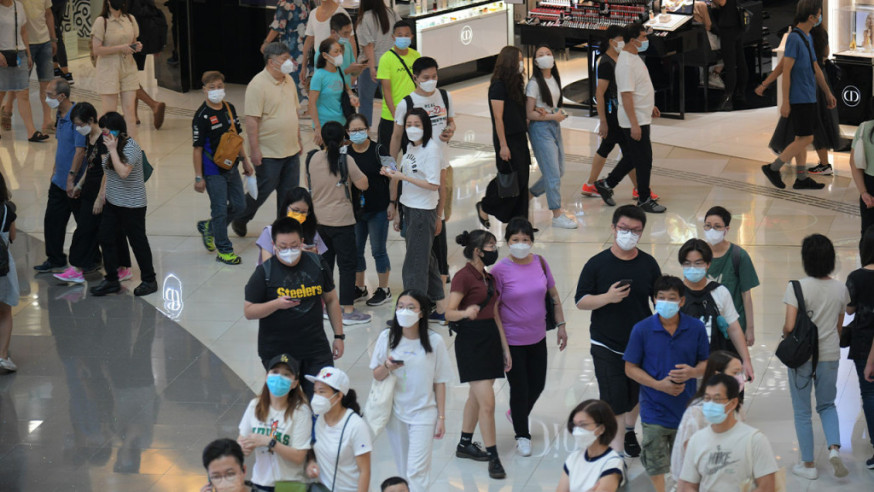 Vaccinate against both Covid and flu ahead of winter peak

Health authorities called on citizens to receive vaccines against both influenza and Covid-19 after a series of anti-pandemic curbs reduced exposure to the diseases and weakened immune systems, and confirmed the city's pandemic development has stabilized.
Speaking in a press conference Friday, the Centre for Health Protection's principal medical and health officer Albert Au Ka-wing said the daily Covid caseload has ranged between 3,500 and 4,500 over the past two weeks.

Au then referred to the rising figures recorded in Singapore, where a new BA.2.75 subvariant makes up about 25 percent of infections there, which can escape antibodies in the human body and cause infection for a second time.

He expected the development may become more severe in the winter, given that many parts of the world have been easing Covid curbs, including scrapping the mask mandate.

Au added that influenza has remained silent for the past two years and is becoming increasingly active worldwide. Countries in the Northern Hemisphere, like the U.S. and Canada, are seeing the worst flu season in the winter.

The CHP assessed that the infection risk of flu will increase in Hong Kong as citizens have been practicing stringent anti-pandemic curbs for almost three years, eventually weakening their immune systems.

Au highlighted that some newborns may have never contacted flu before and may develop serious illnesses if infected. Therefore, he called on citizens to be inoculated against Covid and the flu.

He also expressed faith in the healthcare system in handling Covid and flu simultaneously.